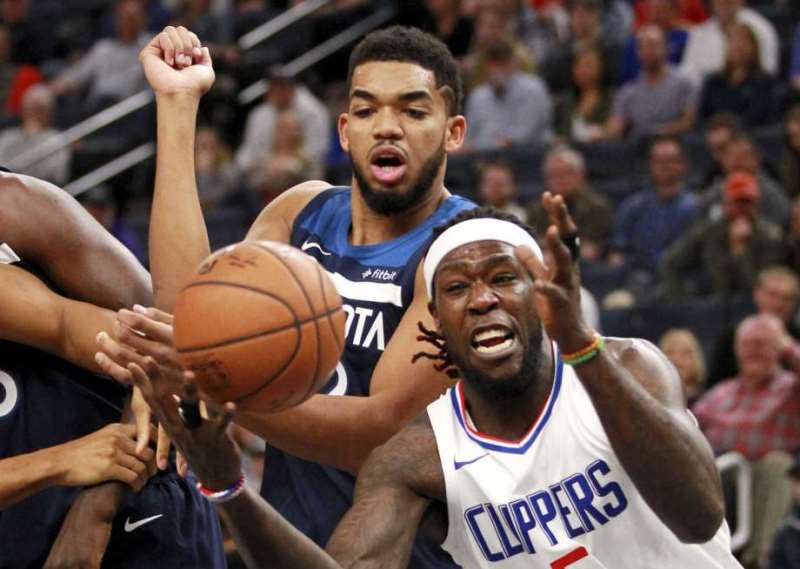 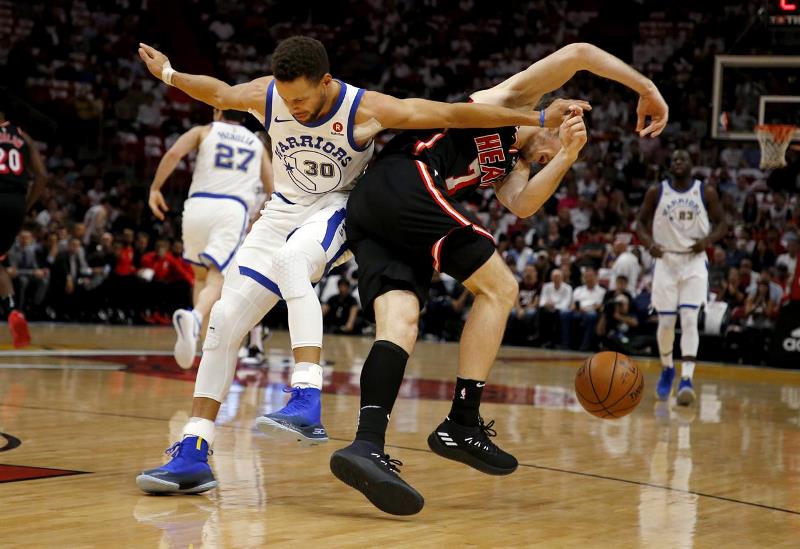 The NBA champion Golden State Warriors rode a dominant third quarter to a decisive 123-95 victory over the Heat in Miami on Sunday.

Miami took a 36-33 first-quarter lead despite 16 points in the period from Stephen Curry.

“When they smell blood, they go for it,” said Miami coach Erik Spoelstra. “So many of their guys just come alive when they start to get it rolling — each one of them becomes ignitable.

“They start foaming at the mouth when the game starts to turn.”

The Warriors saw forward Shaun Livingston ejected in the second quarter after making contact with a game official while arguing a non-call.

But they roared ahead in the third quarter, opening the second half with a dunk from Kevin Durant en route to a 12-2 scoring run.

Curry finished with 30 points as the Warriors improved to 3-0 on their current road trip.

The Warriors seemed fired up by the ejection of Livingston, who thought he was fouled on a shot attempt and leaned in to argue with the referee. He bumped heads with the official, who also appeared to be moving forward, and was instantly sent to the locker room.

The Oklahoma City Thunder held off the depleted San Antonio Spurs 90-87, aided by Russell Westbrook’s seventh triple-double of the season.

A turnover in the closing seconds gave San Antonio a chance to tie the game, but Brandon Paul missed a three-pointer and Oklahoma City’s Raymond Felton grabbed the rebound to seal it.

Steven Adams added 19 points and 10 rebounds for the Thunder, whose 20 turnovers made it closer than was comfortable against a Spurs team missing Kawhi Leonard, LaMarcus Aldridge, Rudy Gay, Tony Parker and Manu Ginobili.

Spurs forward Kyle Anderson suffered a sprained knee when he went down hard under the basket in the third quarter. He hit the court in obvious pain and had to be helped to the locker room.

In Los Angeles, James Harden scored 36 points and handed out nine assists, and the Houston Rockets won their sixth consecutive road game with a 118-95 victory against the Los Angeles Lakers.

Houston has won all six road games in the streak by at least 15 points, setting a league record.

In Minneapolis, Jimmy Butler scored a season-high 33 points, including 20 in the fourth quarter, as the Timberwolves outdueled the Los Angeles Clippers 112-106 (main pix).

Karl-Anthony Towns notched his league-leading 19th double-double with 15 points and 12 rebounds and Taj Gibson added 20 points and 11 rebounds for the Timberwolves, who surrendered a fourth-quarter lead before Butler pulled them through.

The Orlando Magic encountered little resistance in a 105-101 victory over the short-handed New York Knicks.

The Knicks, already without leading scorer Kristaps Porzingis who missed his third straight game with an ankle injury and a apparent flu, announced shortly before tip-off that second-leading scorer Tim Hardaway would be sidelined by a leg injury. – Agence France-Presse