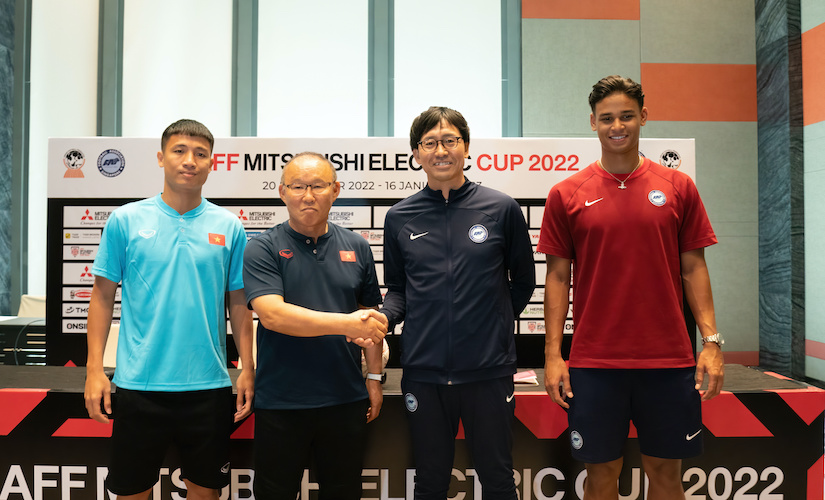 Singapore head coach Takayuki Nishigaya’s mission is clear and that is “to play our style, be aggressive and get another win” when they take on Vietnam in a Group B tie of the AFF Mitsubishi Electric Cup 2022 later this evening at the Jalan Besar Stadium.

With places in the next round at stake, a win for either team meant that they are near to confirming their place in the knockout stage of the competition this year.

Vietnam currently lead Group B on the same six points after two matches with Singapore third.

“It is a home game for us and we want to play well in front of our supporters, to play our style, be aggressive and get another win,” said Nishigaya.

“The key thing was to collect the six points from the first two matches and we’ve done that even while facing various issues, so now the focus is solely on doing well against Vietnam.

“We’ve prepared well and we know that we are facing a strong team.”

In the meantime, Vietnam will be without winger Nguyen Van Toan, who was red-carded in the match against Malaysia in Hanoi.

“Singapore and Vietnam both have two wins and have had to move to come to Singapore so I think there is no advantage with either nation, however, as is the case in every match we play we are coming here with the clear aim to win the game,” said Hang-seo.