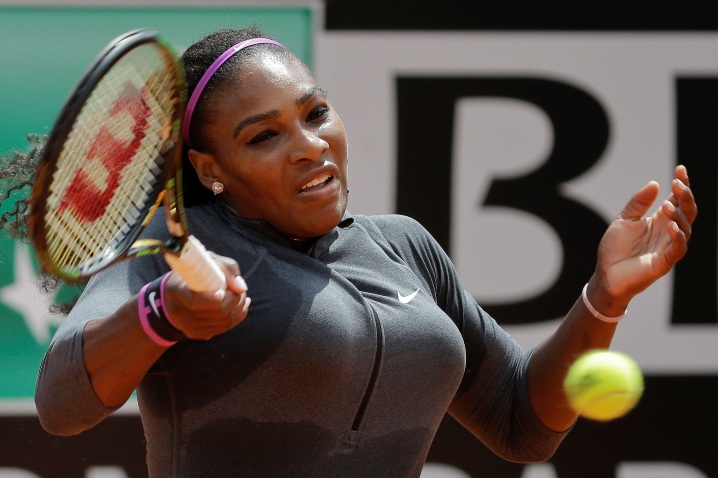 World number one Serena Williams said she won’t be eating dog food again after giving in to temptation, and coming close to upsetting her plans for a fourth Italian Open crown in Rome.

A year after retiring following her opening match due to an elbow injury, Williams is looking for her first triumph in Rome since 2014 as she builds form ahead of the defence of her French Open title in Paris later this month.

But post-match, it did not take long for talk to turn to her off-court antics. On social media, Williams set tongues wagging when she claimed to have eaten “a spoonful” of her pet Yorkshire terrier’s tasty-looking salmon and rice dish at her Rome hotel, telling her followers: “Don’t judge me.”

In the video, posted on the popular Snapchat platform, she claimed the food tasted “a little bit like a house-cleaner thing” and admitted she needed an urgent trip to the bathroom hours later.

Coming from one of the most famous and successful women athletes in the world, it raised eyebrows but Williams replied to queries on Thursday by saying: “I’m not the most serious person off the court. On the court I am, but off the court I don’t have a serious bone in my body.”

Smiling, she added: “In fact, I have been told I need to grow up a lot.”

Admitting she was feeling no serious ill effects of the incident, she added: “No, thank God! But I don’t know how my dog eats that. I guess he’s okay with it.” – Agence France-Presse