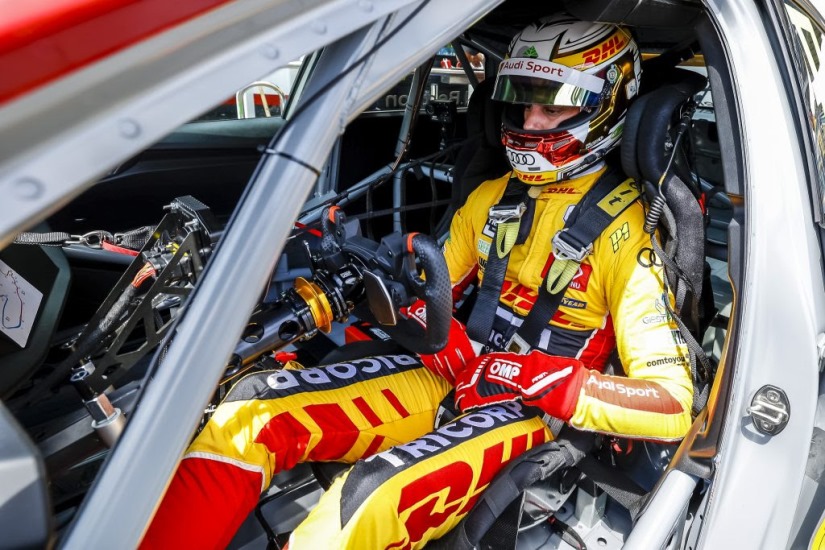 Berthon, who drives for Comtoyou DHL Team Audi Sport in the WTCR, raced at the track in GP2 and in the FIA World Endurance Championship. While he doesn’t expect that experience to provide him with the ultimate advantage, he’s in no doubt that fans watching live on television, online or at the venue itself will witness plenty of entertainment from the WTCR drivers.

“It’s going to be exciting because you have very long straights, big braking so a lot of passes and lots of action,” said Berthon, who scored a GP2 podium at Bahrain in 2015. “I’m super-excited to go to Bahrain because it’s a place I really like and the weather will be perfect in November compared to Europe. It was a good decision to take WTCR to this area and I’m very happy to go back.”

He continued: “For Audi it’s going to be good with the long straights but there are some tight corners in sector two where we could struggle a little bit, let’s say. It was quite easy to be fast in the fast corners in formula cars but in a TCR car they’re not going to be flat but proper corners. As we know with the Audi we have good aerodynamics and Turn 1 will definitely be a good place to overtake with a very, very good braking from the top speed on the track. The hairpin in the middle of the track can also be a solution for overtaking. The last corner is another place where you can overtake.”

Confidence high following home WTCR success
Frenchman Berthon heads to WTCR Race of Bahrain on a high after he won the first of two races at WTCR Race of Alsace GrandEst, the final event of the European season in August in his Goodyear-equipped Audi RS 3 LMS, to climb to fifth in the provisional standings.

“I am super-confident [for Bahrain],” said the 33-year-old. “Anneau du Rhin was very tricky for us but in the end we had good success after we managed to do the perfecrt job in terms of set-up. At some tracks you have strengths and weaknesses for all cars but I think this track will be good for us and I will not understand if we are not [at the front] in Bahrain. It should be us, we are waiting for it and hopefully it will be good for us like Anneau du Rhin.”

Of his knowledge of Bahrain’s 15-corner, 5.412-kilometre Grand Prix Circuit layout, Berthon said: “I hope to be straight away good with the circuit so I hope it will be an advantage for me. But you have lots of professional guys in WTCR who know how to drive and they will pick it up really quickly, so the advantage will maybe for the first practice session, possibly for the second, but by Qualifying everybody will be flat out I’m sure.”