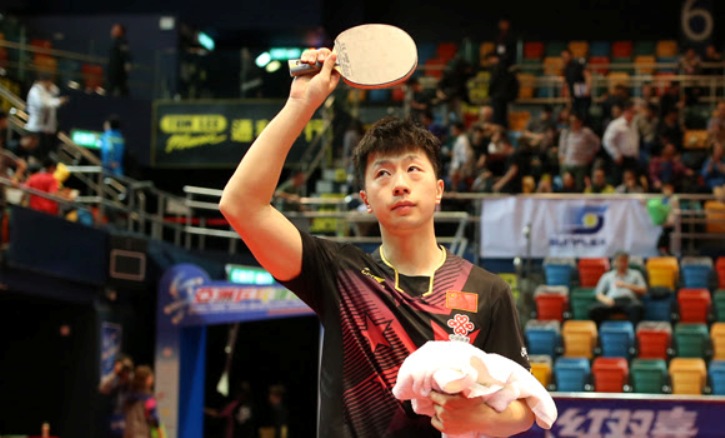 Considered as the region with the fiercest competition, China’s MA Long and LI Xiaoxia secured their golden ticket to Brazil after eliminating Asia’s top ranked players en route to their qualification.

Hot favorite for Rio, current world champion MA Long dominated his 19-year-old teammate FAN Zhendong in the East Asian region men’s singles finals. After losing the first game 16-18, the world number one recovered to take the next 4 games to take the home the golden ticket to the Olympic Games (16-18, 11-3, 11-6, 11-7, 13-11).

After his victory, MA shared “The Olympic Games is one big goal in my career, and means a lot to me. I’m glad that I have now qualified for it, and I will fight for my first singles gold medal in Rio!”

With the surprise early exit of world number 1 LIU Shiwen by Hong Kong’s DOO Hoi Kem, and 2015 World Champion DING Ning’s defeat to Japan’s 15-year-old Mima ITO, LI was the only Chinese player remaining in the arena to fight for direct qualification in Hong Kong after knocking out compatriot ZHU Yuling in the quarterfinals.

LI faced off Japan’s Kasumi ISHIKAWA, whom she recently met at the World Team Championships women’s final match. With her injuries better under control in Hong Kong, LI was able to pull off a convincing 4-0 victory against ISHIKAWA (11-9, 11-8, 11-3, 11-4).

“I think I did well today against Ishikawa, giving her much pressure during the match,” stated the 28-year-old. “Ishikawa is very stable and has been improving under the supervision of the Chinese coaches in the Japanese team.”

The Chinese pair will be joined by the Singaporean duo of FENG Tianwei and CHEN Feng, who won the South East Asia region men’s and women’s event, defeating teammates YU Mengyu and LI Hu respectively.

Having only India participating in the South Asia event, Soumyajit GHOSH and Manika BATRA seized the opportunity against their teammates, topping their group to secure their ticket to Rio.

Iran finished off the list of qualifiers in stage one, qualifying Nima ALAMIAN and Neda SHAHSAVARI, in the Middle Asia event.

The ITTF-Asia Olympic Qualification Tournament continues tomorrow, 15 April, as Asia’s top players who did not qualify in stage one will be fighting for the remaining 6 men’s and 6 women’s qualifier spots in stage two of the tournament.

List of Stage One Qualifiers from the 2016 ITTF-Asia Olympic Qualification Tournament: