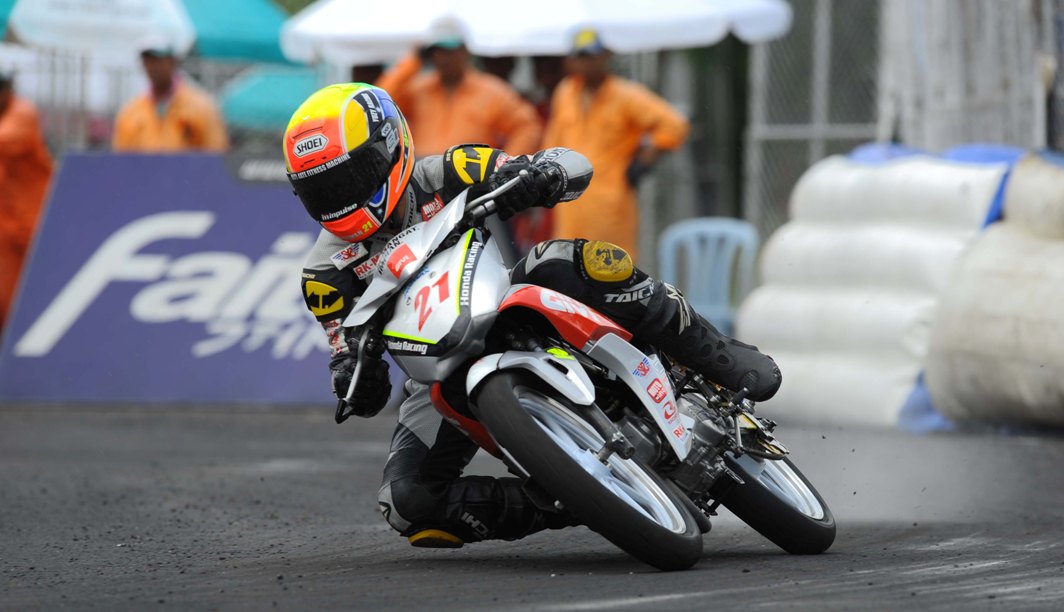 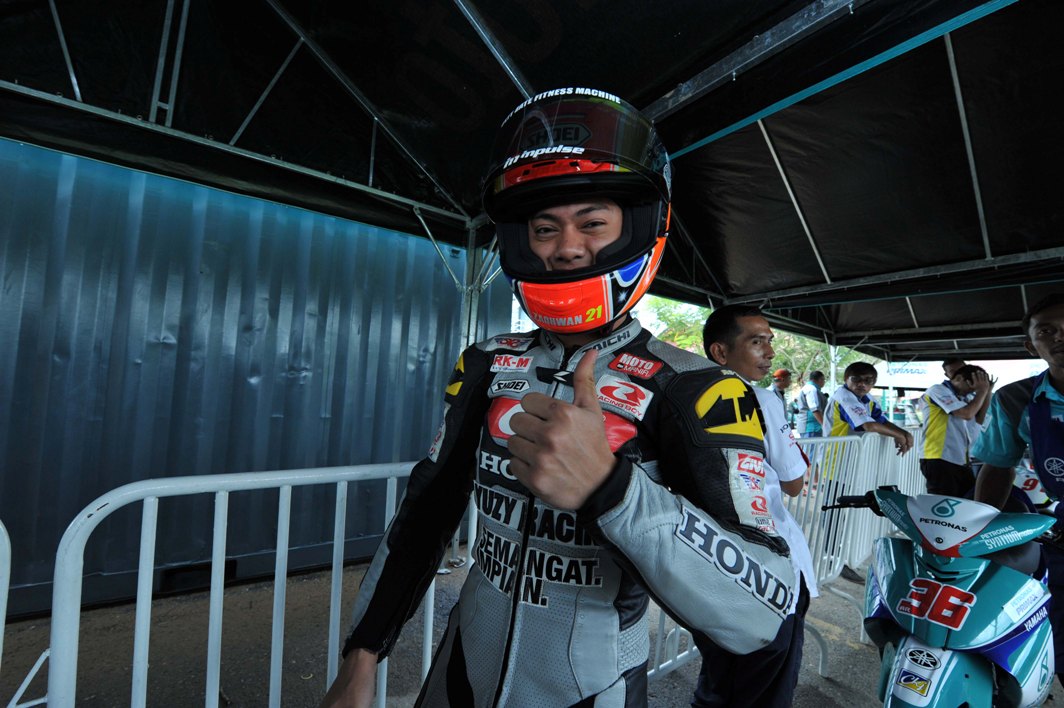 Mohd Zaqhwan Zaidi excelled again as he set a scorching pace for Givi Honda Yuzy Racing in the opening practice for Round 9 of the PETRONAS AAM Malaysian Cub Prix Championship in Jempol, Negeri Sembilan on Saturday.

The runaway championship leader who needs to finish second or win tomorrow’s race to clinch the CP130 title covered the newly resurfaced 1.104 kilometre track in 49.853s ahead of Mohd Iskandar Raduan (Yamalube AHM) who posted his quickest lap in 50.533s.

“We had a good run and the engineers did a great job with the bike. But today’s outing was quite challenging because the tarmac was still slippery from the recent resurfacing job, causing a lot of crashes in the first two practice sessions,” said Zaqhwan.

The 19-year old who has a 32-point advantage over closest contender, Norizman Ismail went on to add, “This however will not dampen my spirits to win the CP130 crown tomorrow. Of course it will be risky given current track conditions so my best bet is to play it safe. Hopefully I can finish ahead of Norizman in the qualifying and final but if things do not work out, we will have to wait until the final round in Kedah to see who deserves to be called a champion.”

Meanwhile Elly Idzlianizar Ilias surprised his rivals when he became the only rider to dip under 50 seconds in the CP115 time sheets.