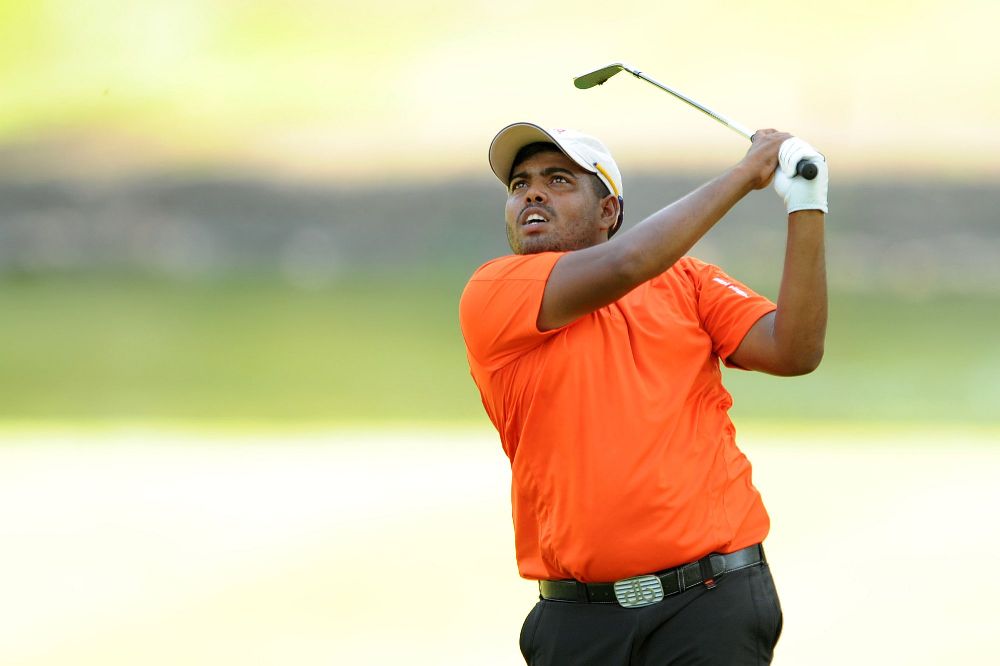 Mithun Perera is confident he can challenge for honours at next week’s US$300,000 Panasonic Open India at the Delhi Golf Club, a course which suits his sharp-shooting game.

The young Sri Lankan is dreaming of a maiden Asian Tour title despite a season of struggles so far where he currently ranks 73rd on the Order of Merit.

“Delhi Golf Club is one of my favourite courses on the Asian Tour. I’m going to try to do well there. I have good memories and it’s one of the courses where I have done well in the past,” said the 27-year-old, who finished 28th on the Order of Merit last season.

“It’s one of the courses which suits my game. At the Delhi course, I believe I have a chance to win. Earlier this year, I was in the lead at the SAIL-SBI Open at the halfway stage but got unlucky because of the rain. I have played good golf there and my goal is to do well at the Panasonic Open India,” he added.

With the top-60 players keeping their Asian Tour cards, Perera knows he has much to play for at the Panasonic Open India before the 2014 season concludes.

“I’m outside the top-60 and I hope to get my ranking up. I feel I can still do something as overall, my game is good. I’ll be looking for some top-fives (in the remaining events) and maybe even secure a win,” smiled Perera.

“I believe in myself. I don’t have any doubts at all. I’m trying to do a lot of things and I have the belief. When I don’t have doubts, I can hit good shots. When I have doubts, I’ll miss shots. That’s what I’ve been learning this season,” he explained.

Perera is racing against time to turn the corner after missing several cuts this season, which he believes is a steeped learning curve in his second full season on the region’s premier Tour.

“I missed all the co-sanctioned events cut by one shots which was disappointing. A bit unlucky here and there and I guess it’s part of the game.

“I learned a lot from those events and I hope to use the experiences well in the near future. Just one good week and I will keep my card on the Asian Tour,” he said.

The 2014 Panasonic Open India, sanctioned by the Asian Tour and the PGTI, is staged in its fourth straight year. Past winners include India’s Anirban Lahiri and Digvijay Singh.