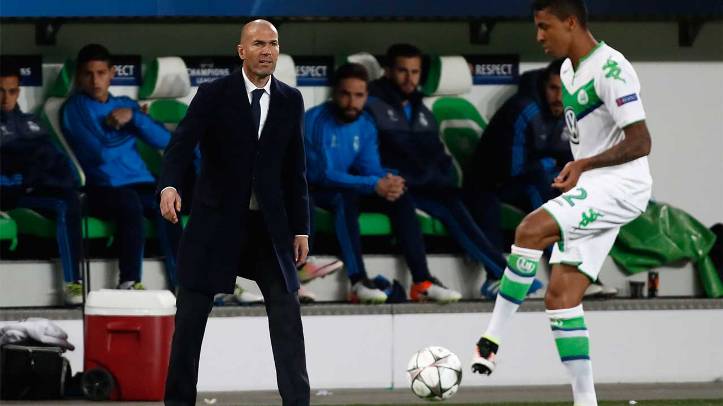 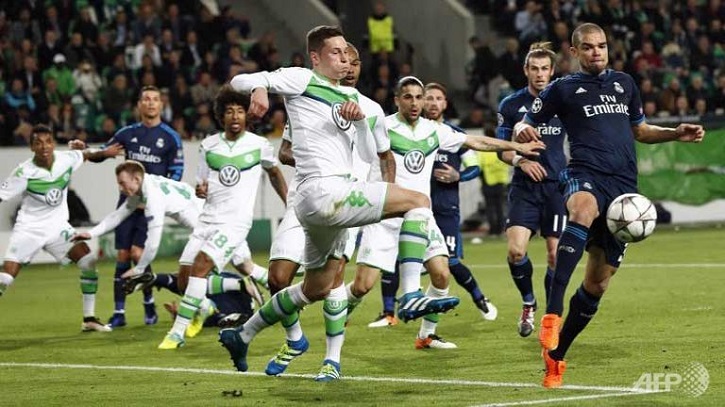 Real never recovered as first-half goals from Swiss defender Ricardo Rodriguez and Maximilian Arnold put the hosts 2-0 up at the Volkswagen Arena with 25 minutes gone.

Wolfsburg now have the upper hand ahead of Tuesday’s return leg at the Bernabeu.

“I’m not happy, above all with the first-half. This can happen if you don’t play with intensity from the start,” said coach Zidane, who made just one change from the team which beat Barca.

“We wanted to play here just like we did on Saturday, it was an intensive game for us (in Barcelona) and we were flat in the first-half here.

“Now we have a chance in the return leg and it’s good we’ve got a game in three days (at home to Eibar) to get over this defeat.

“We had our problems, not just in the intensity, but also in our movement.

“We didn’t expect the 2-0 defeat and we need to analyse where we went wrong and make corrections.”

Zidane even said he was proud of his players and took full responsibility for the result.

“I have to find the reasons for the defeat and the solutions,” he added.

Real’s six-game winning streak was ended as Wolfsburg picked up their first win in four games since beating Gent in the last 16 of the tournament.

It was a poor performance from Real’s star forwards as Gareth Bale was kept quiet and Cristiano Ronaldo rarely shook of his markers.

France forward Karim Benzema went off on 41 minutes after a knock.

Bale was left frustrated at not being awarded a first-half penalty after a heavy challenge in the area from Luiz Gustavo.

“I felt I got to the ball first and he hit me, so it is obviously frustrating, but we have another game,” said the Welshman.

“We just have to make sure now that in the return we win by three goals.”

Centre-back Naldo played his first game since dislocating his shoulder in February and helped subdue the Real attack.

There was little hint of the drama to come when Real’s Cristiano Ronaldo put the ball in the Wolfsburg net after just 74 seconds, but the offside flag went up.

The hosts took a shock lead on 18 minutes when Real midfielder Casemiro put in a clumsy foul on Wolfsburg striker Andre Schuerrle and Rodriguez nailed the spot kick.

Arnold then slotted home on 25 minutes as Wolfsburg capitalised on some woeful Real defending.

“When Madrid leave the door open, you have to take the chance to go through it,” said Hecking.

“There was contact (on Schuerrle) and it was a clear penalty.

“In Henrique, we had a weapon which Real hadn’t bargained for.

“I have to give my team their due, they did everything we talked about, annoyed Real and put ourselves in a good position for the return leg.”

But goal-scorer Arnold insists nothing has been decided yet.

“There is no point getting carried away. We’ll have to play just as well in Madrid or maybe even better,” he said after scoring his first Champions League goal.

Defender Pepe said Real had been badly punished for leaking both goals in the opening 25 minutes.

“We have to comeback, we had 20 bad minutes they took advantage of,” said the centre-back.

“We didn’t take our chances. In a competition as important as the Champions League you pay for that.

“The tie is not over yet, we have another game at home with the fans on our side.” – Agence France-Presse