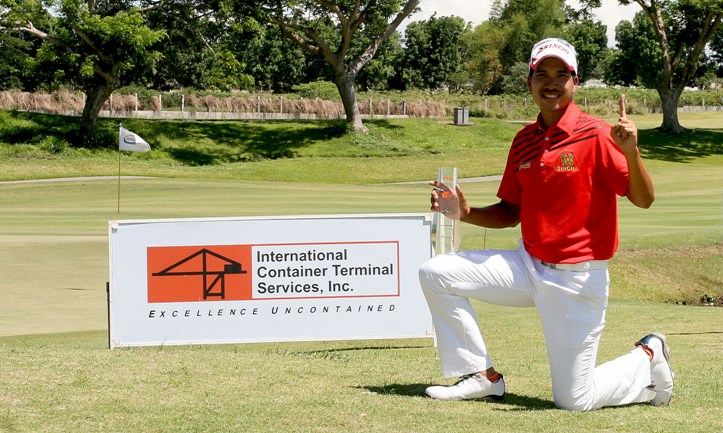 The Asian Development Tour (ADT) will make a welcome return to the Philippines for a two-week swing, thanks to the continued support of long-time sponsor, International Container Terminal Services Inc. (ICTSI).

The ICTSI Manila Southwoods Championship and the ICTSI Sherwood Hills Classic will provide prize funds of US$60,000 for each tournament where rising stars from the Philippines will compete against an international field from the ADT, which is the gateway to the premier Asian Tour.

Enrique K. Razon Jr., ICTSI Chairman and President, said: “We are glad to welcome the ADT back to the Philippines. We hope the staging of these events will continue to provide opportunities for players in the region to showcase their talents and advance their careers onto the Asian Tour.”

“We hope these events will also allow local players to pick up valuable Official World Golf Ranking (OWGR) points, which is important in the race to qualify for the Olympic Games in Rio de Janeiro this August.”

Irfan Hamid, the Asian Tour’s Associate Director, hailed the strong commitment and support from ICTSI. “We are very thankful for the unwavering support from ICTSI, who has always play a major role in growing professional golf in the Philippines and across the region.”

“The ADT has grown since its inauguration in 2010 and we have been successful in providing a clear pathway for upcoming players to gain access onto the Asian Tour,” said Irfan.

A total of 144 players will compete in each event in the Philippines, with the field split between the ADT and the Philippine Golf Tour, which is also backed by the ICTSI.

The ICTSI Manila Southwoods Championship and the ICTSI Sherwood Hills Classic will be the 10th and 11th leg of the 2016 ADT season respectively.

With the Olympic Games looming this August where golf will be reintroduced as a medal sport, players in the region could earn their spots in Rio de Janeiro by earning Official World Golf Ranking points through the Asian Tour and ADT.