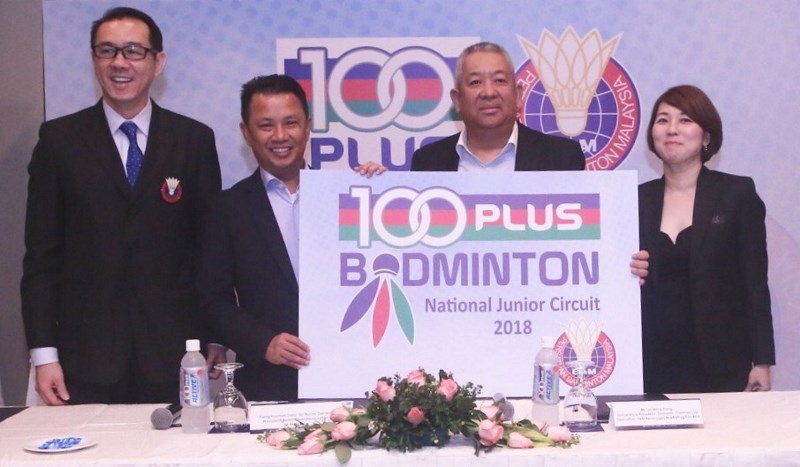 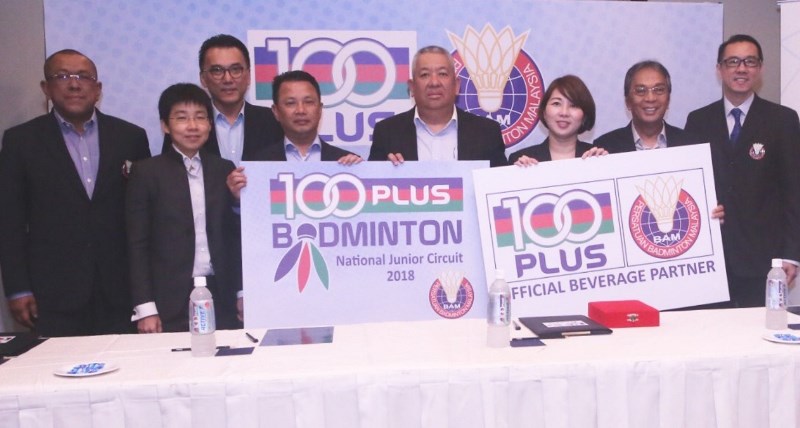 100PLUS, the nation’s No.1 isotonic beverage, and the Badminton Association of Malaysia (BAM) today announced that they had signed a new two-year sponsorship agreement. This deal is testament to the strong relations between both 100PLUS and BAM who have been partners since November 2003.

Under the terms of the new agreement, which expires at the end of next year, 100PLUS will be named the Official Beverage sponsor for all BAM events and activities including the Malaysian Open and the Malaysian Masters.

These two junior competitions are important development platforms for the young players. Many of our current national players graduated from these events, they include the likes of Olympic silver medallists Chan Peng Soon, Tan Wee Kiong and Goh Liu Ying. Other current national shutlers who came through the junior circuit include Iskandar Zulkarnain, Vivian Hoo and Goh Jin Wei.

“When we first signed up with BAM, we wanted to contribute in some way to the development of the sport. In the last 15 years, we have seen many young players blossom into world class stars who have gone on to achieve remarkable results on the global stage including winning silver medals at the Olympics,” Ming Kong said today.

“We have had a tremendous relationship with BAM over the years and it has become even stronger ever since Dato’ Sri Norza took over as the president. We look forward to working with Dato’ Sri Norza and his team in the coming years.”

The extension of this partnership will see 100PLUS become one of the longest serving sponsors with BAM. In addition to BAM, 100PLUS supports the top badminton players in the country. Datuk Wira Lee Chong Wei, Tan Wee Kiong, Goh V Shem, Chan Peng Soon, Goh Liu Ying and Goh Jin Wei are all 100PLUS ambassadors.

Ming Kong meanwhile said 100PLUS ACTIVE, launched in conjunction with the KL SEA Games last year, will be provided to BAM for their events. 100PLUS ACTIVE will be the ideal drink for players aiming to achieve peak performances as they will be able to consume this non-carbonated beverage during events.

“I am pleased to share today that 100PLUS ACTIVE will for the first time be available in powder form and packed in sachets. With the sachets, our badminton players and other national athletes will be able to consume 100PLUS ACTIVE whenever they travel abroad. The sachets will also be sold online and in selected outlets,” Ming Kong added.

100PLUS, a Silver Sponsor for Kuala Lumpur 2017 SEA Games and Para Games, is synonymous with supporting sports in the country. Apart from BAM, 100PLUS also supports the Football Association of Malaysia. 100PLUS is also the title sponsor for the 100PLUS Premier League and the Official Isotonic beverage for the Malaysian Football League.

100PLUS is committed to youth development programmes and currently supports the National Football Development Programme (NFDP), Liga KPM (under MSSM) and the 100PLUS Malaysian Junior Open golf tournament.  100PLUS is the recommended drink of the National Sports Council.