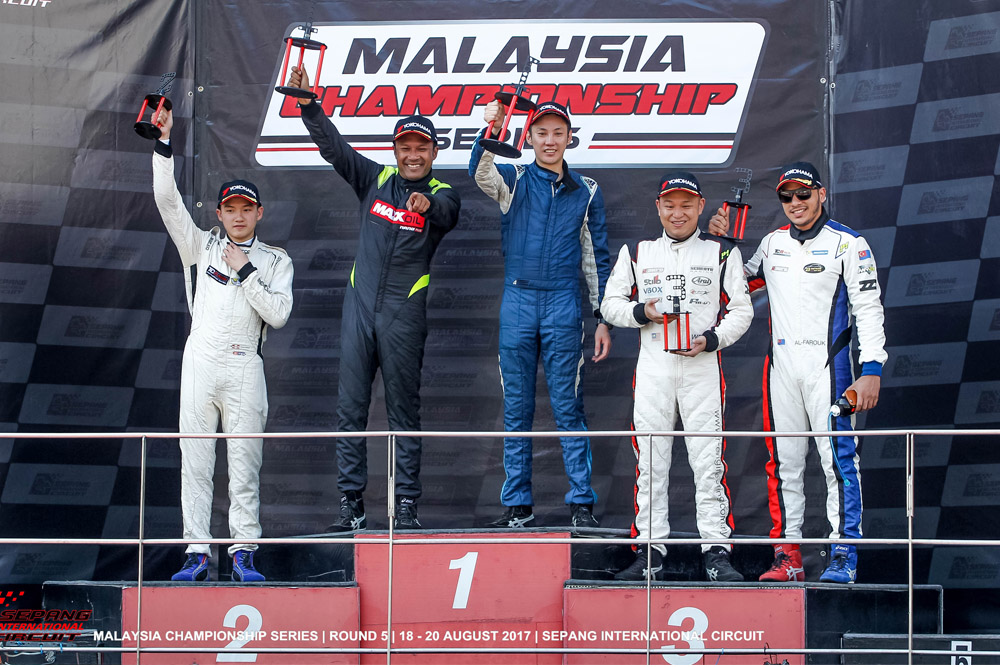 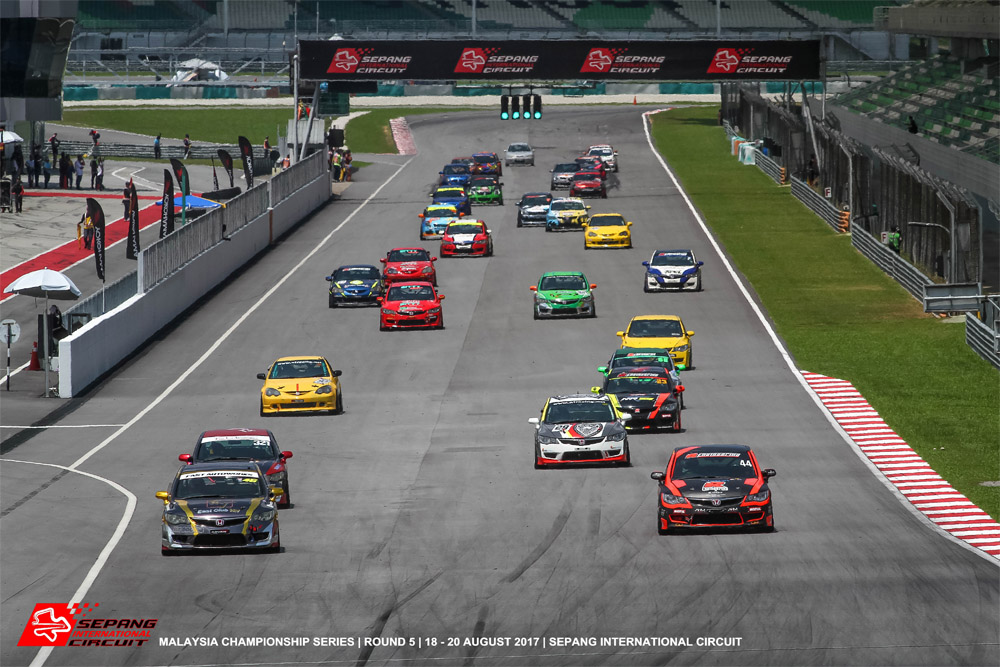 Nineteen-year old Mitchell Cheah had to overcome some tense moments after experiencing a tyre puncture before taking second place in the final round of the Malaysia Championship Series 2017 (MCS), thus sealing the Touring Production crown at the Sepang International Circuit (SIC) today.

“It was really scary. But, I was lucky to have the tyre puncture at the back straight mid-way through the race. I just kept my nerve and drove in the pit exit to make the pit stop and change my tyre. Hence, I did not lose too much time; and manage to get second place today and win the championship.

“Keifli (winner of today’s race) was too fast this weekend. He deserves to win; but I was more focused on the overall title and did not think too much about him,” the N1 Racing driver said when met after the podium.

Collecting 12 points, Mitchell, who was driving solo, made a total haul of 88 points for the season and edged the partnership of Lai Wee Sing and Farouk Abdul Kathir of R Engineering, who had to be contented with third place for the race and second overall for the season.

Their team-mates Baron Sim and Calvin Wong took overall third with a total of 67 points after finishing fourth in the Touring Car class today.

“The car was just simply flawless today. We had misfiring issues on Friday and in qualifying yesterday; but managed to overcome it yesterday. We were also driving without real pressure as we have already won the overall title in the previous round,” said Nick, who began partnering O’Shannessy from Round 4.

“It has been a great season for MCS and we have seen thrilling actions on the track. We thank all participants who has continuously supported MCS and congratulations to the champions of this season. The drivers and team have done well throughout and we hope to see them back for the title next year” said Dato’ Razlan Razali, CEO of SIC.

The final round of MCS was telecast live on SIC Official Facebook and Youtube securing 230,340 viewers today.