Formula One has a very different look to it this weekend, as the circus heads to Singapore and the famous Marina Bay night race, which provides one of the most compelling spectacles of the season. The two softest tyres in the range – P Zero Yellow soft and P Zero Red supersoft – have been nominated for this street circuit, which has a number of unusual aspects to it. Being a night race, with all the practice and qualifying sessions held at night too, the way that track temperature evolves is considerably different to more conventional grands prix – and this has a significant effect on the way that the tyres are used.

Paul Hembery, Pirelli motorsport director: “Since joining the calendar in 2008, Singapore has always provided a truly stunning spectacle that showcases what Formula One is all about: the most advanced technology in the world, under the spotlights. As this is a street circuit, we’ve nominated the two softest and fastest tyres in the range: they offer the maximum mechanical grip and a rapid warm-up, which are two keys to success in Singapore. There are lots of factors for the teams and drivers to consider when planning strategy: the unusual track temperature evolution, a big performance gap between the two compounds, the need to save fuel over the long and demanding race distance, as well as the high likelihood of a safety car, which has featured at every race in Singapore so far. Because of all these variables and also the assorted street furniture – painted white lines, manhole covers and so on, which have caught out a few drivers in the past – the work done in free practice to capture all the necessary tyre data will be even more important than usual.

During these days, we will also be defining, together with the FIA, a clearer procedure enabling the teams to more easily follow the rules regarding tyre usage. This is important to avoid any misunderstandings, by giving the teams more precise indications to comply with, thus avoiding what happened to Mercedes in Monza”.

The biggest challenges for the tyres:
Singapore has the highest number of corners of any circuit on the Formula One calendar (23), creating more work for the tyres. Coupled with the 80% humidity, two-hour race time, and the fact that it’s the second-slowest lap of the year after Monaco (which limits cooling and airflow through the car) this makes Marina Bay the most physically challenging circuit of all for the drivers.

All these corners mean that traction and braking are the two most vital aspects of the Marina Bay circuit. Like most street circuits, the surface in Singapore is quite bumpy, and this certainly doesn’t help. With very little run-off area, mistakes rarely go unpunished: requiring a high degree of precision from the tyre. The left-rear is the tyre that is worked hardest, while the cars run very high downforce.

Ambient temperatures tend to be in the region of 30-35 degrees centigrade even at night, making it perfect territory for the high working range of the soft tyre. Drivers will have to manage the supersoft carefully, in order to benefit from the compound’s maximum performance by not overheating it.

Expected performance gap between the two compounds: 1.8 – 2.2 seconds per lap.

The Pirelli team choose their race numbers: #29, Matt Watts, tyre fitter team leader
“I would choose the number 29, as it’s a number that has always followed me around. When I was a kid, the house I grew up in was number 29. And now, the house I have just moved to is number 29 as well”. 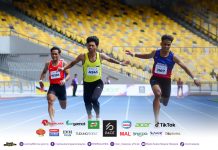