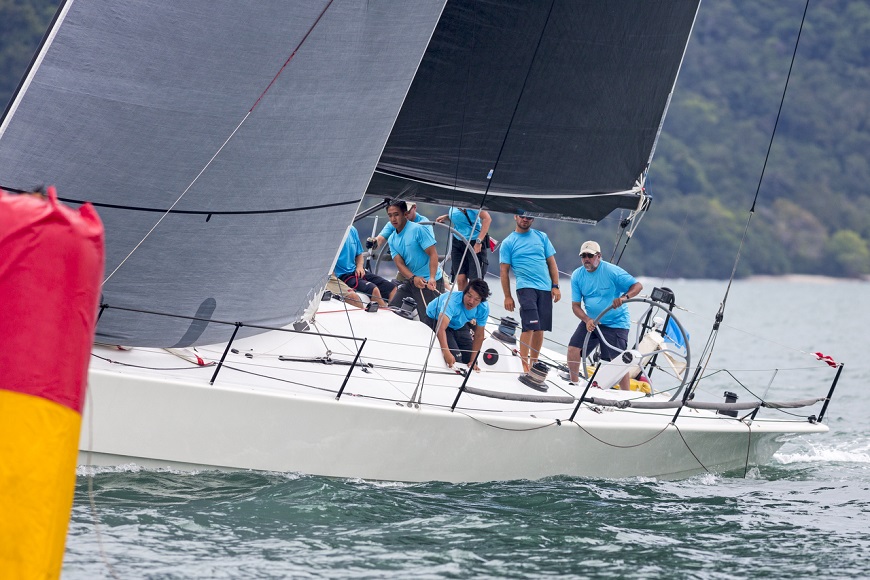 The final day of the 2017 Raja Muda Selangor International Regatta (RMSIR) got off to a wet start when morning rain led to the AP flag being flown and the last two Langkawi inshore races being pushed back for a bit.

Once the all clear was given and the race back in progress, the boats raced in relatively favourable conditions with winds at an average of 10 knots and the sea relatively calm.

‘La Samudra 2’ (Dato Johan Ariff, skippered by Dominic Liddell) competed to honour the late Fay Khoo and honour their former sailing mate they did. ‘La Samudra 2’ sailed to the top of Class 6 to win the overall division title and the Eveline trophy. Finishing second and third in Class 6 were ‘Old Pulteney Cabaret 6’ and ‘Marikh’ (the Malaysian Armed Forces, skippered byJamil bin Ahmad Urayah).

The 28th RMSIRran from 18 to 25 November 2017and attracted participation from 31 boats from Malaysia, Singapore, Hong Kong, Australia and Japan, among other countries. The fleet had to sail in overnight passage races from Port Klang to Pangkor, then Penang and finally Langkawi and compete in various inshore harbour races at the checkpoints.

The 2017 RMSIR implemented the use of the Yellow Brick (YB) Yacht Tracking system, which will saw live tracking during the RMSIR passage races from Port Klang to Pangkor, then Pangkor to Penang and lastly, Penang to Langkawi.

The RMSIR is organised annually by the RSYC in association with the Royal Ocean Racing Club (RORC) and the Malaysia Sailing Association; assisted by the Royal Malaysia Police (RMP) and Royal Malaysian Navy (RMN). The RMP’s Marine Police play an instrumental role in escorting the boats out to the starting points and back to the finish line in the whole regatta.