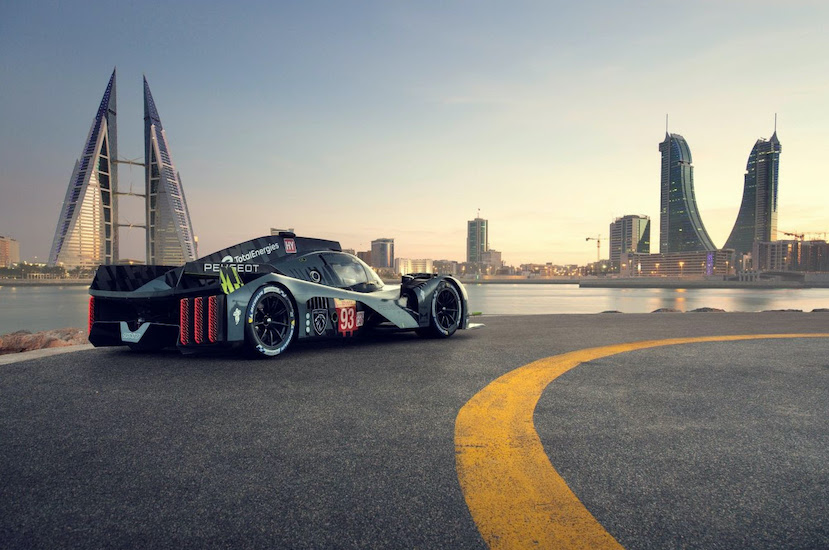 Team Peugeot TotalEnergies’ third outing in the 2022 FIA World Endurance Championship will see it visit Sakhir International Circuit for the first time for the 8 Hours of Bahrain on November 10-12.

In addition to the venue’s atypical layout and notoriously scorching weather, the race itself will be practically 30 percent longer than the FIA WEC’s previous two rounds.

It will also mark Nico Müller’s debut appearance alongside Loïc Duval and Gustavo Menezes in the #94 car as the team seeks to continue the PEUGEOT 9X8’s development and conclude the campaign with an indicative performance.

A SOLUTION FOR EVERY PROBLEM

Peugeot Sport’s Technical Director Olivier Jansonnie has described September’s 6 Hours of Fuji in Japan as satisfactory and a proper race weekend for Team Peugeot TotalEnergies. “In contrast to Monza [Italy], where our track time was troubled by a variety of minor issues, we were able to use the sessions at Fuji to focus more on the PEUGEOT 9X8’s performance,” he says.

“Reliability and performance are inextricably linked, of course, and, as things stand, we have not yet been able to demonstrate the potential of our Le Mans Hybrid car against the machines of our rivals who have significantly more race experience. As we keep to our game plan, we suffered a variety of setbacks at Monza and Fuji, but we were able to pinpoint and resolve them all. Let me be clear: they weren’t the sort of problems that might call the design of our car into question. They were part and parcel of the development of any new car, and that’s precisely why we chose to run a partial programme in this year’s FIA World Endurance Championship in readiness for the 2023 FIA WEC’s opener at Sebring [Florida, USA] in March.”

Following the recent publication of the 2023 FIA World Endurance Championship calendar, Stellantis Motorsport Director Jean-Marc Finot believes the expansion of the series will boost its visibility. “We are pleased to see the addition of Portimao [Portugal],” he notes.

“Spain and Portugal are important countries for the Peugeot brand and it’s a circuit of symbolic importance for us because it’s where we revealed the PEUGEOT 9X8. We are fully behind holding events in new places that are coherent with our markets and where we have a strong fan base. I would also like to say how proud we feel at the prospect of being involved in the centenary Le Mans 24 Hours on June 10-11. It’s going to be the highlight of the 2023 world-class motor racing season.”

On its return from the 6 Hours of Fuji, where a podium finish seemed a possibility for the PEUGEOT 9X8, Team Peugeot TotalEnergies returned to the scene of its race debut – Monza – for what turned out to be a constructive test.

Its objectives there included curing the issues it had encountered in Japan, evaluating different set-ups and tyres, furthering the PEUGEOT 9X8’s development and continuing the race team’s training.

“We covered a new distance-record there during a set-up run,” points out Olivier Jansonnie. “If we compare the data from July’s  6 Hours of Monza with that we collected at the test, it is clear that our programme is moving in the right direction and that we have made significant progress in performance terms. I believe a podium finish in Bahrain is conceivable, as long as we enjoy perfect reliably over the eight hours. That’s almost 30 percent more than the 9X8 faced at Monza and Fuji, so it’s a fresh parameter that obviously needs to be taken into account.”

Switzerland’s Nico Müller is poised to make his competitive debut with Team Peugeot TotalEnergies at the 8 Hours of Bahrain where he will share the #94 car with Loïc Duval and Gustavo Menezes. James Rossiter, meanwhile, has switched to a new role at Maserati MSG Racing that will see him remain with the Stellantis group. “Nico impressed during his day in the car at our Monza test,” reports Olivier Jansonnie.

“He was calm, focused, and provided valuable feedback regarding the PEUGEOT 9X8 that backed up the views of his new team-mates. He fitted in with the team easily and it’s now all-systems-go for his debut in Bahrain. I know I speak on behalf of everyone in the team when I salute all the great work James accomplished over the past year or so. He will stay on as our reserve driver and development driver on the simulator for a few more weeks before moving on to a new challenge for which he is ideally qualified.”

In Bahrain, the #93 car will be shared as usual by Jean-Eric Vergne, Paul Di Resta and Mikkel Jensen.

“After the two six-hour races at Monza and Fuji, the 8 Hours of Bahrain gives us a further opportunity to prepare the team and the PEUGEOT 9X8 for 2023. We have improved in numerous areas and the problems we had in Italy and Japan have been resolved. As you would in any sporting project, we are taking things step by step regarding our performance and reliability. Our car is special in that it’s the only one that doesn’t have a rear wing, and it will soon stand out through its performance, as well.

“I’m so looking forward to making my debut in the PEUGEOT 9X8 in Bahrain. My first drive in the car at the team’s Monza test went very well. I quickly felt confident and was able to perform some long runs and try different tyre options. I tend to adapt easily. I had a similar experience at Shanghai earlier in my career, in 2007, when I got just 10 laps in an LMP2 prototype before taking part in the race. Bahrain will be a chance to familiarise myself further with the 9X8, as will the simulator at the team’s headquarters in Satory [near Paris]. Simulators are such a precise and invaluable tool.”