Home 2022 A beauty from The Beast: Bastianini victorious in Qatar 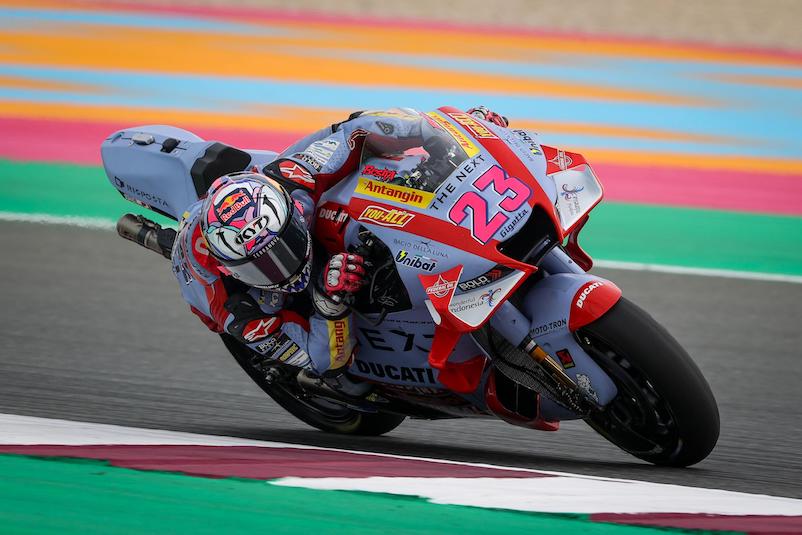 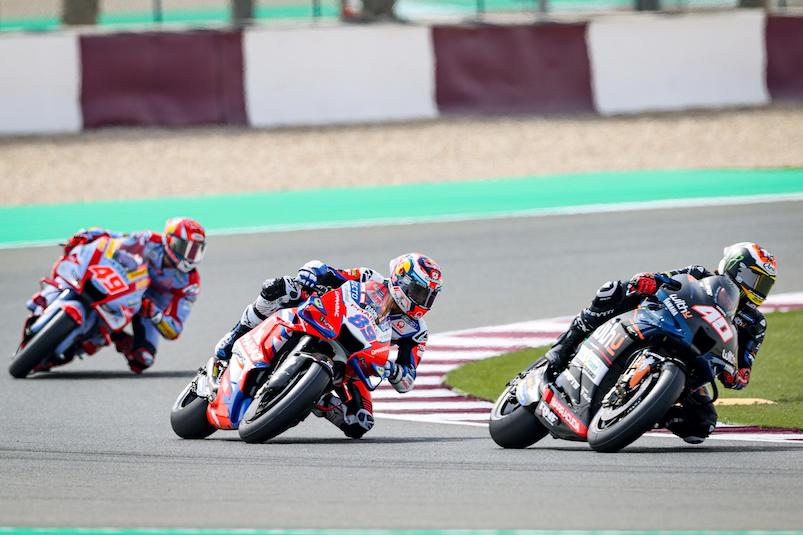 It was a dream start to 2022 for Gresini Racing as Bastianini claims an emotional win; KTM & Honda on podium

Just over a year on from the tragic passing of much-adored Fausto Gresini, Enea Bastianini (Gresini Racing MotoGP™) delivered a Grand Prix of Qatar masterclass to claim an emotional victory under the lights. Brad Binder (Red Bull KTM Factory Racing) produced a terrific ride to seal P2, the South African finished just 0.3s away from the win, with Pol Espargaro (Repsol Honda Team) completing the podium on the opening night of the season.

Drama for title contenders, dream 2022 debuts for others

The moment we’d all been waiting for burst into life as polesitter Jorge Martin (Pramac Racing) got a poor start, as Marc Marquez (Repsol Honda Team) grabbed the holeshot from the outside of the front row. His teammate Pol Espargaro was then the early race leader, Brad Binder made a great start to go P3 early doors, with Bastianini slotting into P4.

Four laps in and it was as you were. Pol Espargaro leading Marc Marquez, Brad Binder, Mir, Bastianini, Aleix Espargaro (Aprilia Racing) and Martin. Alex Rins (Team Suzuki Ecstar) picked off Quartararo on the front straight for P8. Pecco recovered to P10, the Italian sitting behind Quartararo with the top 10 all line astern – the riders not yet on the limit, tyre consumption absolutely crucial.

After going in hot on Lap 2 at Turn 1, Marc Marquez was again wide on Lap 6 to allow Brad Binder into P2. On the next lap, the eight-time World Champion lost out to Bastianini into the first corner, with Aleix Espargaro and Mir scrapping away for P5 and P6. After a sluggish start, Miller pulled into pitlane at the end of Lap 7 to retire from the race to get his season off to a disappointing start.

The race settled down at the front with the pace starting to pick up between the leaders. Needing to make up time, Bagnaia was trying to get up the inside of Martin at Turn 1 on Lap 12. Drama, though, was about to unfold. Pecco tucked the front, leaving Martin with nowhere to go. The Ducati duo crashed out of contention, thankfully both riders were ok, but it compounded a disastrous evening for Ducati with Miller, Pecco, Martin, and Marco Bezzecchi (Mooney VR46 Racing Team) now out of the Qatar GP.

Trailbraking on the inside of his satellite counterpart at Turn 1, Pecco lost the front and left the Pramac rider helpless

Meanwhile, with 10 laps to go, Pol Espargaro was now a second clear of Brad Binder. Second place then changed because Bastianini, flying the flag for Ducati, picked off the KTM star on the run into Turn 1. The Beast then started chipping away at Pol Espargaro’s lead, with seven laps to go it was back down to under a second. It was 0.6s at the beginning of Lap 17 of 22, and just 0.189s on Lap 18. Bastianini set the fastest lap of the race to slash Pol Espargaro’s lead, as Aleix Espargaro got the better of Marc Marquez for P4.

With four laps to go, Bastianini blasted past Pol Espargaro on the straight to take the lead. Pol Espargaro was then in way too hot at Turn 1, allowing Brad Binder to carve past into second. The HRC rider went from P1 to P3 in a matter of seconds trying to resist the pass from Bastianini, as the latter had held a 1.4s lead with three to go.

Two to go. The gap 1.2s in Bastianini’s favour over Binder, Pol Espargaro was 0.7s off the KTM’s coattails, Aleix Espargaro was threatening his younger brother for the final podium spot – Pol on the soft rear, Aleix on the medium.

Last lap time. Bastianini lost a tenth to Binder on the penultimate lap, the gap was 1.1s. It was down to 0.6s heading into the final sector, but Bastianini held on. The Italian powered his GP21 out the final corner and took an incredible, emotional victory under the lights in Qatar, the perfect tribute to the late, great Fausto Gresini.

Brad Binder’s second is something no one was expecting during pre-season testing but the South African, as he so often does, pulls a rabbit out the hat when it matters most. A sensational P2 was secured and Pol Espargaro, after leading for so long, held onto a fantastic podium – his second with HRC. 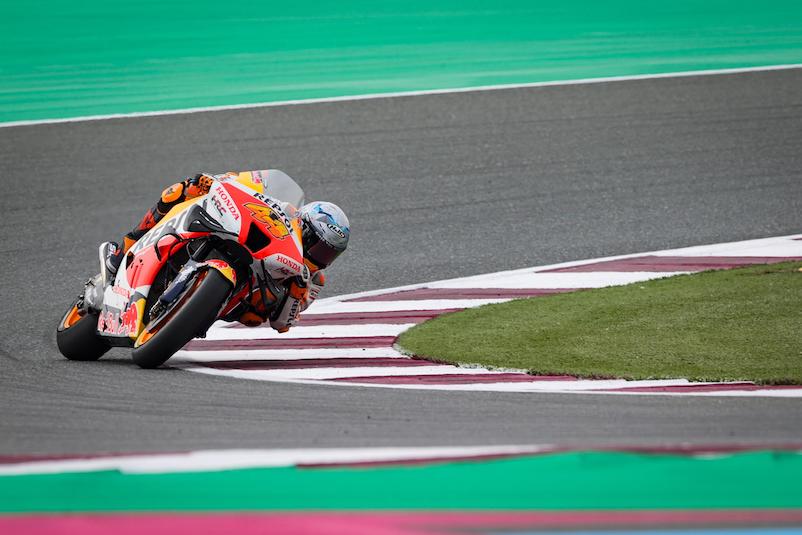 Aleix Espargaro was 0.8s away from the rostrum but becomes the Aprilia rider to finish closest to victory – 2.2s. Marc Marquez’s return to action for the first time since 2019 in Qatar was celebrated with a solid P5, a good opening weekend for the eight-time Champion, as the two Suzukis finish a low key sixth and seventh – Mir leading teammate Rins by 3.9s.

Quartararo looked set to take home P8 but Johann Zarco (Pramac Racing), on the run to the line, demoted the reigning Champion to P9. A highly disappointing start to El Diablo’s season, work to do for the Frenchman and Yamaha, it seems, in 2022. Takaaki Nakagami (LCR Honda Idemitsu) picked up P10 ahead of Franco Morbidelli (Monster Energy Yamaha MotoGP™), Maverick Viñales (Aprilia Racing) finished a lonely 12th.

What a night under the lights in Qatar. Surprises and drama aplenty, as The Beast delivers a beauty. Indonesia is next up – bring it on.