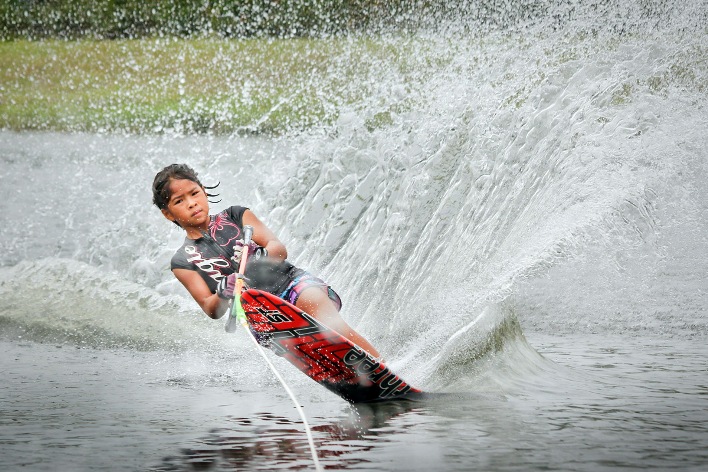 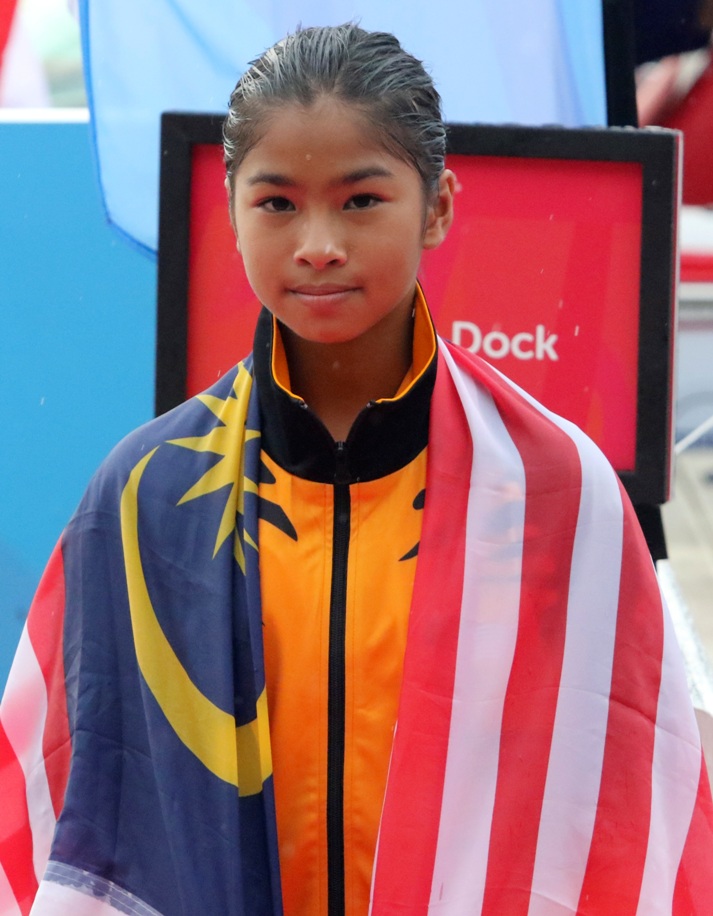 The 12-year-old experienced two fruitful weeks of action in Melbourne, first by winning the Under-17 title at the Moomba LCQ, setting a new Asian record in tricks – 6,610 points – along the way.

The SEA Games double gold medallist also did well in the main event – the Moomba Masters – a week later as she qualified for the semi-finals for the first time.

As a result, Aaliyah has now moved up the world rankings and is gradually making her presence felt in the overall category..

Unrivalled in tricks, new personal bests of 2 buoys on a 13m rope in slalom and 26.7m in jump has saw her move up to No. 3 in the world in the overall event of the Under-14 category.

She is ranked just behind Ukraine’s Stanislava Prosvetova and United States’ Kristen Baldwin, who are both a year older than her.

Aaliyah is also ranked No. 20 in the Under-17 category, the youngest of all the top 20 skiers in the world.

After a disappointing end to 2015, the good start to the year certainly augurs well for the future.

It also shows that the spunky youngster is slowly growing up in the world of waterski.

Aaliyah was not on the world ranking list for the overall event last year because of her small frame her slalom & jump performances were not good enough.

A growth spurt and regular gym training at the National Sports Institute (NSI) means Aaliyah is slowly adapting to her newfound strength and power gains.

“Aaliyah’s ranking means she will chance to get on the podium for both tricks and overall in future world championships,” said Malaysian Waterski and Wakeboard Federation (MWWF) head coach Hanifah Yoong.

“Malaysia is also slated to host the 2019 IWWF Waterski World Championships in Putrajaya and we are hoping that Aaliyah will be ranked in the top 3 in tricks, and top 5 in overall by then.

“The winners of world meets usually come from the world’s top five ranked skiers and that is the goal for Aaliyah when we play host in three years time,” added Hanifah.

Aaliyah will next compete in two events in Florida in May, and she will also spend three weeks training with one of the world’s best tricks coaches — Cory Pickos.