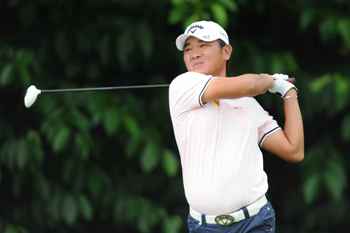 Danny Chia will spearhead the local challenge in the Maybank Malaysian Open.

THE burgeoning Asian Development Tour (ADT), which is the gateway to the premier Asian Tour, will kick off the brand new 2014 season with the RM200,000 PGM Sime Darby Harvard Championship next week.

Danny Chia, first Malaysian to win an event on the Asian Tour, will spearhead the local challenge alongside Wilson Choo, Kenneth De Silva and Kemarol Baharin, who just earned their tickets to the prestigious US$2.75 million Maybank Malaysian Open in April after finishing in top four at the National Qualifiers on Wednesday.

China’s Ye Jian Feng, who finished tied 46th in the Qualifying School final stage last week, hopes to make amends for missing the grade by doing well on the ADT this season.

“It’s a pity I didn’t manage to get my Tour card last week but I know I’ve tried my best. I made the cut at the Asian Tour Qualifying School which is a great improvement. I have learnt from my experience last week and hopefully it will prepare me for the tough challenge in the new season ahead,” said the 22-year-old.

Players who played in the 2014 Qualifying School presented by Sports Authority of Thailand earlier this month are eligible to play on the ADT in the new season.

With close to 700 players participating in the recent Qualifying School, the field at all ADT events this season is expected to be even stronger.

The winner of the PGM Sime Darby Harvard Championship will take home a prize purse of US$10,500 and receive six Official World Golf Ranking points. The top six players and ties will also earn points based on a sliding scale.