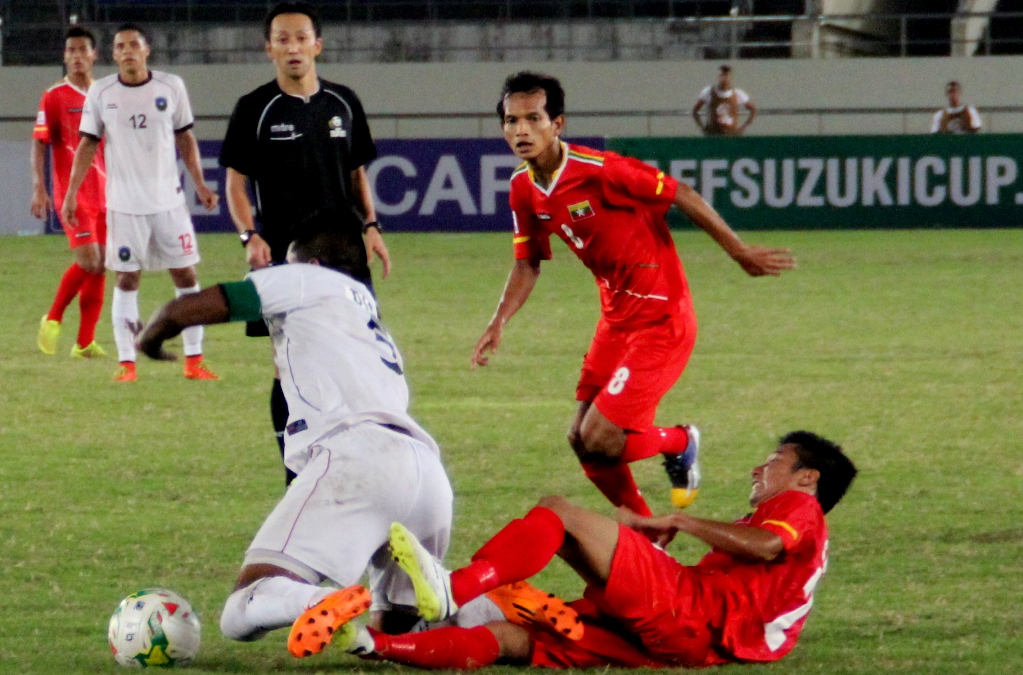 It was a hard-fought encounter which ended with Myanmar and Timor Leste sharing points at the National Sports Complex Stadium here tonight. Despite their best efforts,  both sides were unable to break through to strike the all-important winner.

Myanmar coach Raddy Avramovic,, who was handling his first match since leaving defending champions Singapore, was happy with the result despite not winning. “Timor were very strong against Brunei (in their first game) and they have the physique,” said Raddy. “But I thought that the players did really well in the aerial duels. What we were lacking perhaps was that we did not have good quality passes forward.”

For Timor Leste, who defeated Brunei 4-2 in their opening AFF Suzuki Cup qualifying match two days ago, were counting on doubling their points but instead have to settle for second place in the standings behind the hosts. Laos had earlier this evening beaten Brunei for their second consecutive win which saw them take over at the top of the standings with a maximum  six points.

Myanmar, playing their first game of the AFF Suzuki Cup qualifiers here, put up a solid performance and were able to match the physically bigger Timor players throughout. Myanmar, third in the standings with one point, will face Brunei in their next game where they must win to keep themselves on track for a top two finish and a place in the final rounds.

The hunt for the opening goal turned out to be harder than they thought. Both Timor and Myanmar players tried tirelessly to work their way through their opponents’ defences but their strikers were simply unable to get their shots on target. As a result, the strikers started hammering long shots which also proved to be fruitless.

In the 15th minute, Patrick Fabiano managed to squeeze in on the right and crossed to the centre but Murilo Ribeiro was a shade too quick and missed connecting the ball in.  A few minutes later Jose Carlos moved into a good striking position but was let down by a weak grounder.

Timor Leste were in possession for the bulk of the game and despite their numerous attempts were unable to get the last shot in. The speedy Murilo and Patrick were brilliant and worked doggedly to crack the defence open. They got eerily close on several occasions but were let down by poor finishing, or sometimes by a very hardworking Myanmar custodian, Thiha Si Thu. “Of course we are very happy with the one point because many people say that Myanmar is the best team in this competition,” said Pinhairo Filho, the assisstant coach of Timor. 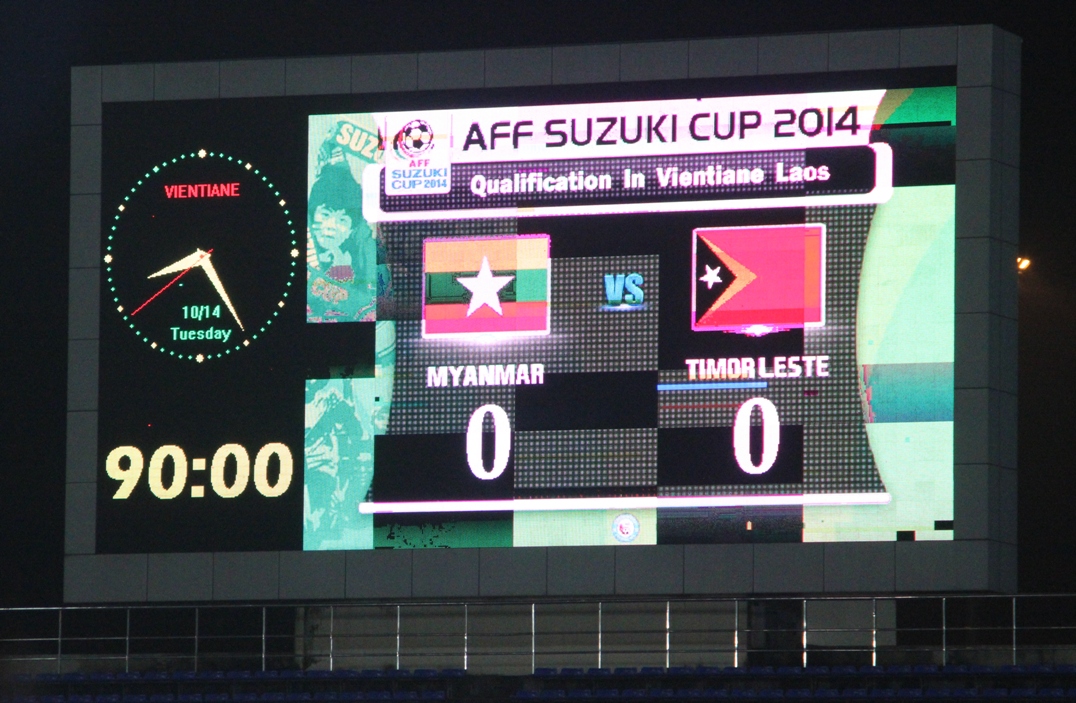