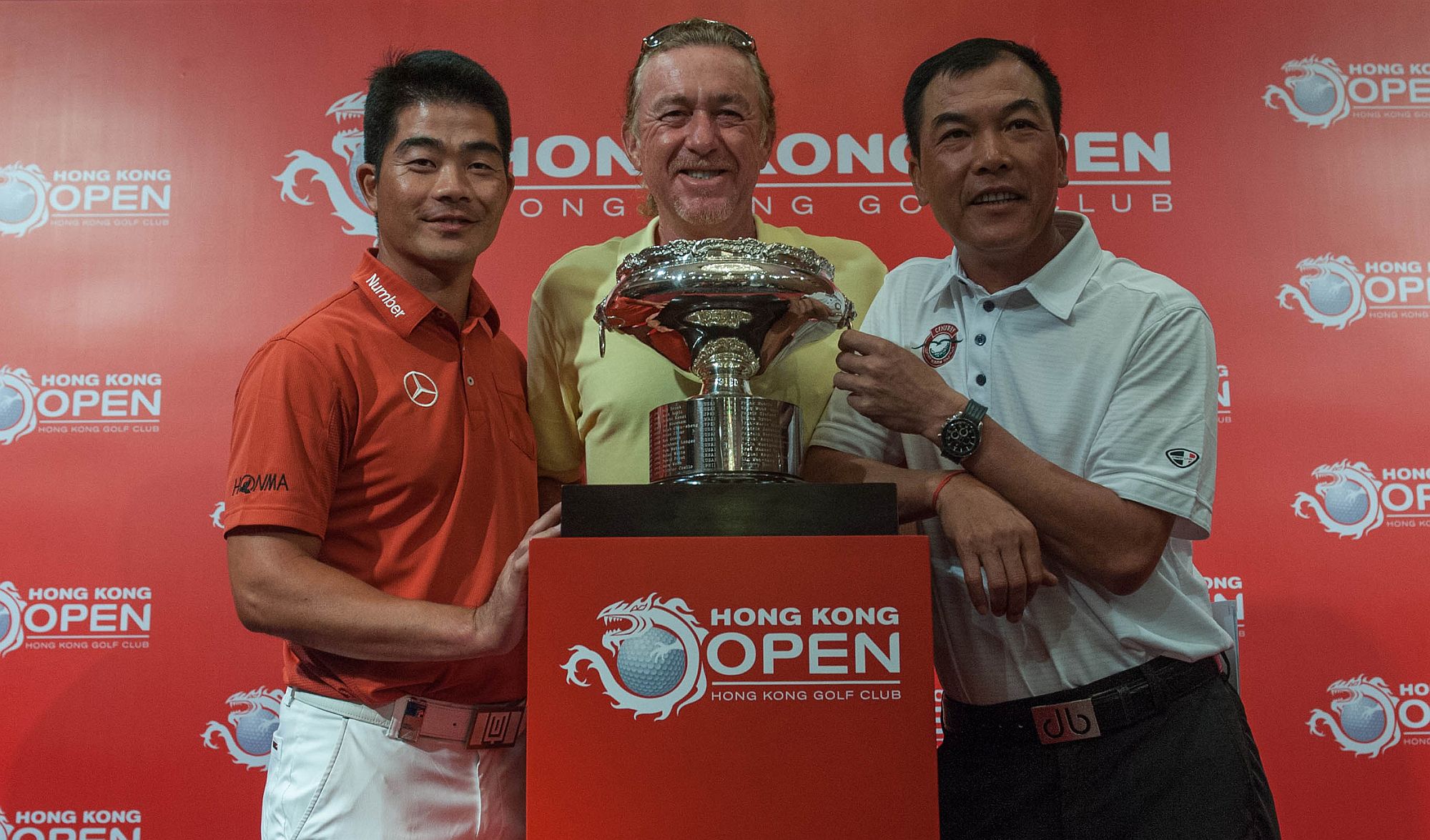 Liang, Asia’s first Chinese player to win the 2007 Order of Merit, will be among the elite field aiming to wrestle the title away from Jiménez, who won the prestigious showpiece in 2004, 2007, 2012 and last year where he defeated Prom Meesawat of Thailand and Stuart Manley of Wales in a play-off.

The 36-year-old has a solid season so far where he has three top-10s in Japan including a tied ninth result at the Asia-Pacific Open Golf Championship Diamond Cup last month.

“I think it’s time we took the trophy away from Miguel and kept in in Asia!” smiled Liang. “Obviously The European Tour players really love it here and have had great success over the past few years, but hopefully the Chinese and Asian players can play well this week and try to get into contention on Sunday afternoon.”

“There are many good players here and we are all trying to win the event. Obviously Miguel is the favourite but I’m playing well and I’ve been taking care of my health and fitness, which I believe is very important. Hopefully I can be victorious this week,” said Liang.

The 50-year-old Jimenez, who was the vice-captain for the victorious 2014 Ryder Cup European Team said, “It always feels good to come back to Hong Kong – it is one of my favourite places in the world and it feels like coming home in some ways.

“I love the city and the golf course at Fanling and I have been very lucky to have enjoyed a lot of success here in the past and made a lot of friends and had so many good memories.

“I might be getting older but I still feel like I can keep competing on Tour to give myself chances to win tournaments and as long as I feel like this then I will keep playing. I would love to win this tournament for the fifth time,” said Jiménez.

“Not many people can say they have won any tournament five times, and to be able to say you have won one of the great tournaments in the world five times would be very special for me,” he added.

At the age of 49, Zhang will make his 15th consecutive appearance in the Hong Kong Open and he is inspired to follow in the footsteps of Jiménez.

“I asked Miguel to give me a chance last year but he didn’t listen!” Zhang quipped. “It would mean a lot for me to finally win the Hong Kong Open because I’ve been coming here even as an amateur. Miguel is a great player and not many players know how to play well at Fanling. I believe he will have another good chance to win this week.”

Starts: From October 16 to October 19, Thursday to Sunday.

1)      Founded in 1959, the Hong Kong Open Championship is one of the oldest Opens in Asia and will be held at the Hong Kong Golf Club.

2)      The Hong Kong Open holds the distinction of being the only national championship in Asia to be held at the same golf club since its inauguration in 1959.

5)      Fresh off his historic splendid victory at the Omega European Masters where he became the first Asian Tour player to win a co-sanctioned event with the European Tour on European soil in Switzerland, American David Lipsky the current Order Of Merit leader, will spearhead the Asian Tour charge.

7)      Also in the fray are American David Lipsky, Anirban Lahiri of India, Filipino veteran Antonio Lascuna, Jason Knutzon of the United States and new Asian Tour winner Steve Lewton of England. They are among the top-10 players from the current Order of Merit vying for the Hong Kong Open

8)      Liang Wen-chong, China’s highest ranked golfer will be part of the impressive line-up. Over 30 Asian Tour winners will tee off at the Hong Kong Open