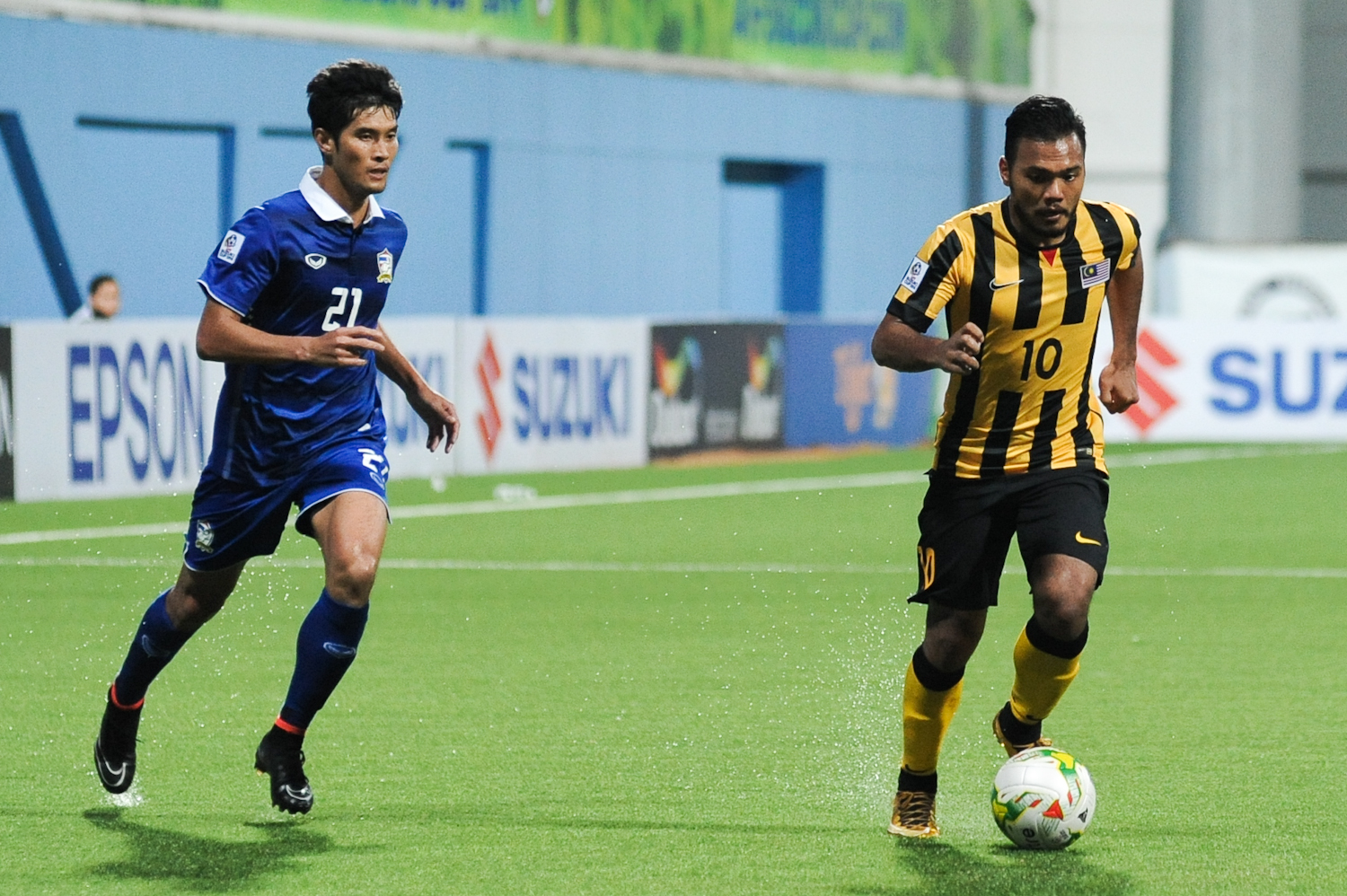 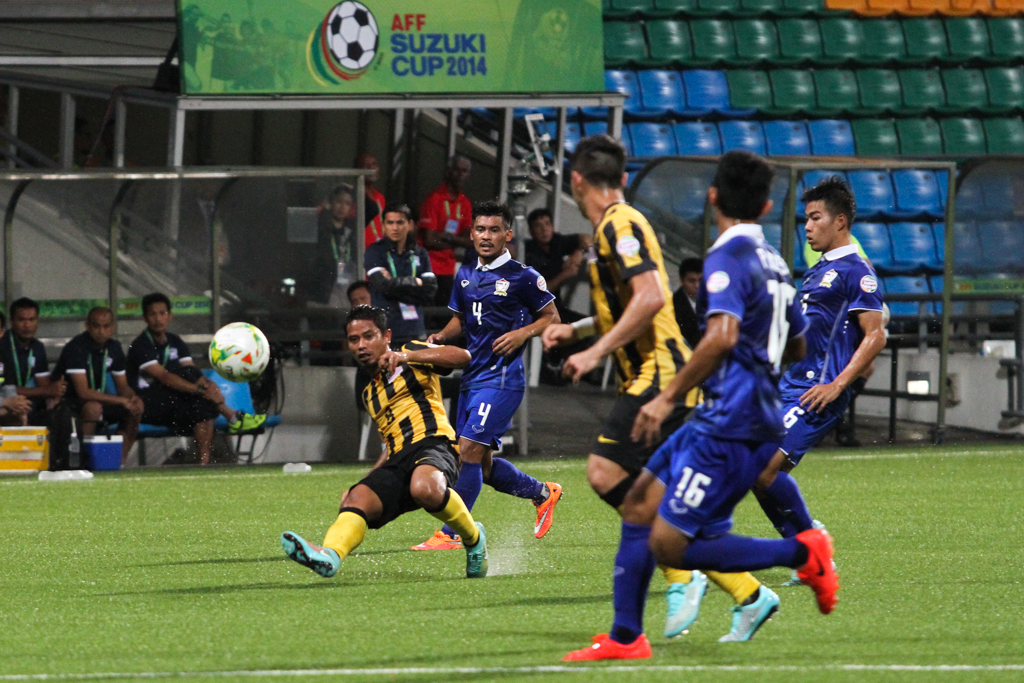 Thailand took charge of Group B of the AFF Suzuki Cup when they staged a fabulous fight back to beat Malaysia 3-2 on the second match day that was played at the Jalan Besar Stadium last night.

The win was Thailand’s second of the competition this year which has put them firmly in the driver’s seat with the full six points from two matches played.

But this evening, the Thais struggled somewhat at the start and found themselves falling behind through Mohd Amri Yahyah in the 28th minute before Adisak Kraisorn replied just two minutes remaining of the first half.

With the score tied at the half, Malaysia regained the lead in the 61st minute when Safiq Rahim found the back of the net.

However, with fitness a big issue when compared to the fast moving Thais, the Malaysians conceded two further goals off Charyl Chappuis (72nd) and then Adisak (90th) to give Thailand the full points.

In the meantime, Singapore moved up to second at the table when they beat Myanmar 4-2 at the National Stadium.

The defending champions, who had fallen to a slim defeat to Thailand, were firing on all pistons when defender Shaiful Esah gave them the lead after just nine minutes.

Hariss Harun then slammed a double off goals in the 35th and 42nd minute for Singapore to be comfortable at 3-0 in front. But Myanmar fought back with two goals after the break through Kyaw Zayar Win in the 55th minute and then Kyaw Ko Ko’s 62nd minute penalty.

But just when Myanmar thought that they are just a goal away from a draw and another one point, an own goal from defender Khin Maung Lwin put the game well beyond their reach.