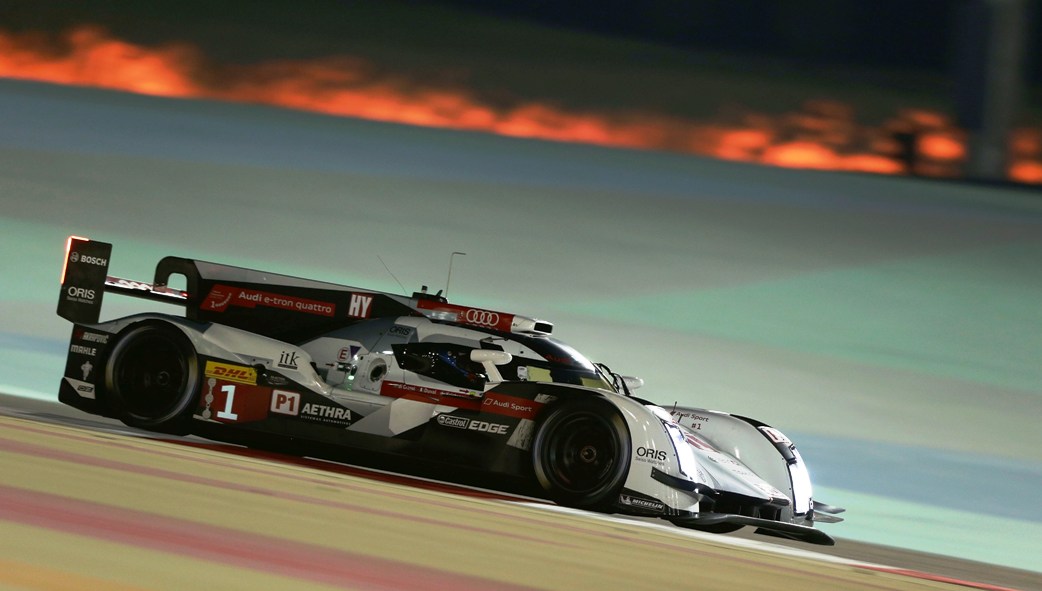 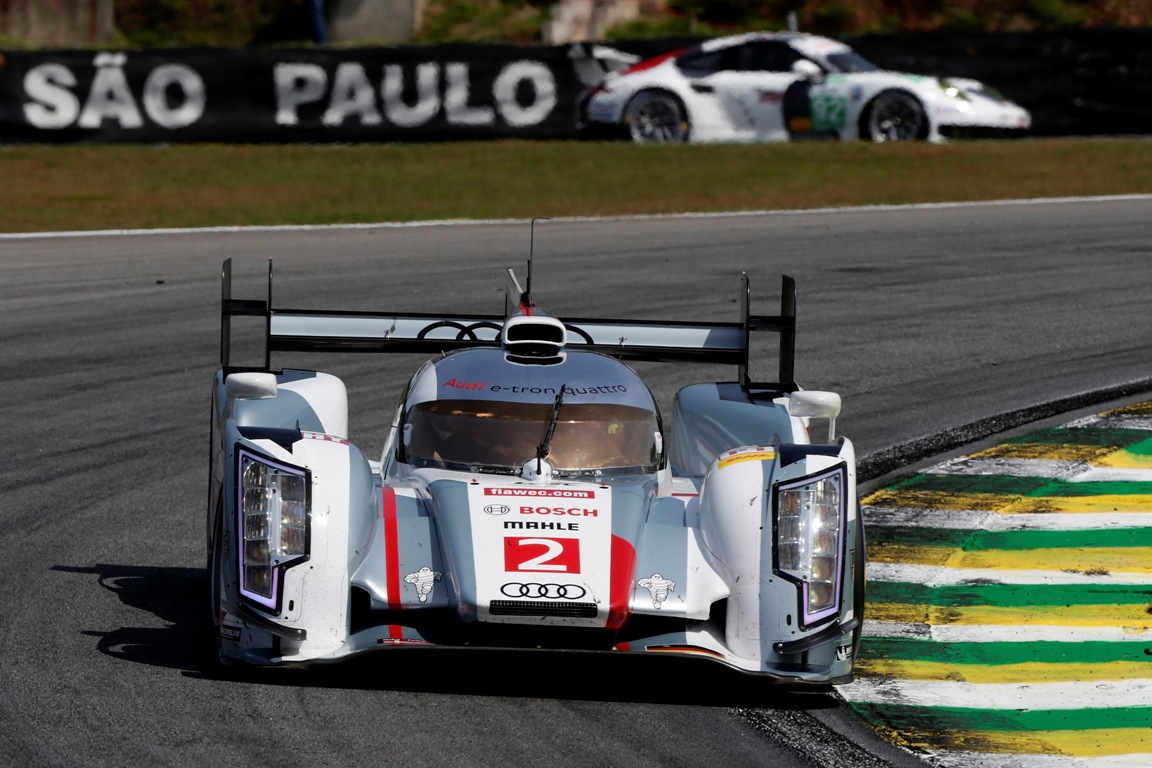 Brazil is hosting the finale of the FIA World Endurance Championship (WEC) for the first time. On November 30, WEC round eight will be held at São Paulo, marking the first time the manufacturers? championship title outcome is determined in the last race of the season, Audi having become the World Champions early in 2012 and 2013, the first two WEC years. For Tom Kristensen (DK), the race marks the end of his career in professional racing.

For Audi, it is the season finale and for Tom Kristensen the finale in his career as a race driver. The nine-time Le Mans winner will be contesting his last event as a professional race driver at São Paulo but continuing his association with Audi as a representative and partner of Audi Sport. Together with his team-mate Lucas di Grassi (BR), the 47-year-old endurance racing specialist will be battling for a top spot in the World Championship until the end. The Dane and the Brazilian, with a score of 102 points, still have a mathematical chance of clinching the runner-up?s position, while their team-mates Marcel Fässler/André Lotterer/Benoît Tréluyer (CH/D/F), with 117 points, are currently ranked in second place of the standings. With a driver team from each, Toyota and Porsche, are still both in the race for the runner-up?s spot as well, ensuring the battle will be particularly thrilling.

The manufacturers? classification has not been decided yet either. At least theoretically, there is still a chance of clinching the title there as Audi is trailing the leader of the standings by 40 points and 44 points are yet to be awarded in Brazil. Although the brand with the four rings has been the only manufacturer to return without points from one of the seven rounds of the season held to date, the team managed to postpone the title decision to the finale. The past two years saw Audi taking the title in the manufacturers? world championship early ? in the third from last race of the season in 2013 and, amazingly, after just four of eight rounds in 2012.

In the current season, the new Champions will only be determined on November 30. The setting for the decision will be provided by the tradition-steeped Autódromo José Carlos Pace on the outskirts of the Brazilian metropolis ? a track that many race drivers greatly enjoy. Its elevation changes during the course of a lap and its challenging cornering sections characterize the facility as a classic driver track. These characteristics clearly distinguish it from many more modern circuits. The fresh tarmac that will affect grip and tire wear makes for a new aspect this year.

But the race is not only an important one for Audi for sporting reasons. In October, the company increased its deliveries on the Brazilian market by 84.5 percent compared to the year before. Aggregated, this means that demand for Audi models has doubled to 10,866 within the space of just one year. From 2015 on, Audi will again be represented in this market with a production site located in São José dos Pinhais.

For racing pro Lucas di Grassi, round eight is his home round. The Audi driver was born in São Paulo 30 years ago and two years ago competed there for the first time in the WEC for Audi Sport Team Joest. In the finale, he will be wearing a special racing suit prominently featuring the local automotive supplier and Audi Sport partner Aethra and the aerodynamic splitter on the hood of the number 1 R18 e-tron quattro sporting the Brazilian national colors will be adorned with Aethra?s company logo as well.

In Germany, fans can watch the final stage of the WEC race at São Paulo live on Sunday, November 30 from 20.30 to 22.00 on the TV channel Eurosport. Audi will be providing reports about all practice and qualifying sessions and the race on Facebook (AudiSport), Twitter (@Audi__Sport), and a news ticker at www.audi-motorsport.info and on the Audi Sport App.

-How will the battle for the title in the manufacturers? championship end?
-What driver team will clinch second place in the drivers? classification?
-What effects will the new tarmac have?
-Will changing weather conditions decide the outcome of the race?

Dr. Wolfgang Ullrich (Head of Audi Motorsport): ?We?re pleased to return to Brazil, not least because we celebrated success there last year. In addition, we?ve got a Brazilian driver in our team who is set on delivering a good race to his fans. But we?ve got to proceed from the assumption that under the current regulations the situation will be clearly more difficult for us than in the past season.?

Chris Reinke (Head of LMP): ?The season finale will be a race with diverse challenges. Of course it?s a classic driver track that our drivers are very much looking forward to. The circuit has received a new surface recently, with grip conditions we don?t know yet. Furthermore, the race is held at a time of the year that harbors a relatively high risk of rain. This may cause some surprises in the race. But we?re very much looking forward to these challenges.?

Ralf Jüttner (Team Director Audi Sport Team Joest): ?The round in Brazil was a great event in each of the past two years. A year ago, we won there. Of course we?d like to make a good showing again this year. And for my squad I?m hoping for a race weekend that won?t be as turbulent as the most recent one in Bahrain.?

Lucas di Grassi (30/BR), Audi R18 e-tron quattro #1 (Audi Sport Team Joest)
-Experienced his WEC premiere two years ago with Audi in Brazil
?I love this track and remember my first race there with Audi Sport very well. Now, for the first time, my home round is also the finale at which my family, my friends and many fans will be visiting me. The Brazilians support motorsport with great enthusiasm. The track with the new tarmac will obviously have more grip. That?s positive.?

Loïc Duval (32/F), Audi R18 e-tron quattro #1 (Audi Sport Team Joest)
-Was the runner-up in Brazil twelve months ago
?Thinking about Brazil gives me a very pleasant feeling. We?re all in good spirits and very excited about the event. In Lucas we?ve got a Brazilian in our driver team for whom the race is a home round. Obviously, we?d like to give our best in front of his crowd.?

Tom Kristensen (47/DK), Audi R18 e-tron quattro #1 (Audi Sport Team Joest)
-Drove the fastest race lap in Brazil last year
?The track at Interlagos is on the calendar for the last time until further notice. The circuit is relatively short but a great driver track. There are many interesting turns there, we?re driving counter-clockwise and the vertical differences can be clearly felt. The enjoyment of driving an LMP sports car there is unique. I?m hoping for a great finale that?ll no doubt be very emotional, as I?m ending my career as a professional race driver there.?

Marcel Fässler (38/CH), Audi R18 e-tron quattro #2 (Audi Sport Team Joest)
-Won in Brazil a year ago with André Lotterer and Benoît Tréluyer
?São Paulo isn?t just a normal race track but a tradition-steeped circuit. I like the track and particularly its elevation changes very much. Last year, we were fast there and won but this year the competition has become fiercer. If it rains the race can definitely become turbulent. We?re going to give our best.?

André Lotterer (33/D), Audi R18 e-tron quattro #2 (Audi Sport Team Joest)
-Set the second-fastest race lap most recently in Bahrain
?The season finale is held on a fantastic track and the atmosphere in Brazil is simply cool. It feels great to return to a venue we?ve won at before. I?m hoping for us to be strong again this year. We?re aiming for a place on the podium to end the year on a positive note.?

Benoît Tréluyer (37/F), Audi R18 e-tron quattro #2 (Audi Sport Team Joest)
-Clinched the pole position with Marcel Fässler at São Paulo a year ago
?We drivers are very much looking forward to round eight. The circuit is a very classic one and has retained its character ? from the pit lane facilities through to the track configuration. Even as a child I used to watch the Brazilian Grand Prix races on television. Today, we?re the ones to offer a spectacle to the fans at Interlagos. Especially the first two turns are very thrilling.?

The Audi drivers at São Paulo