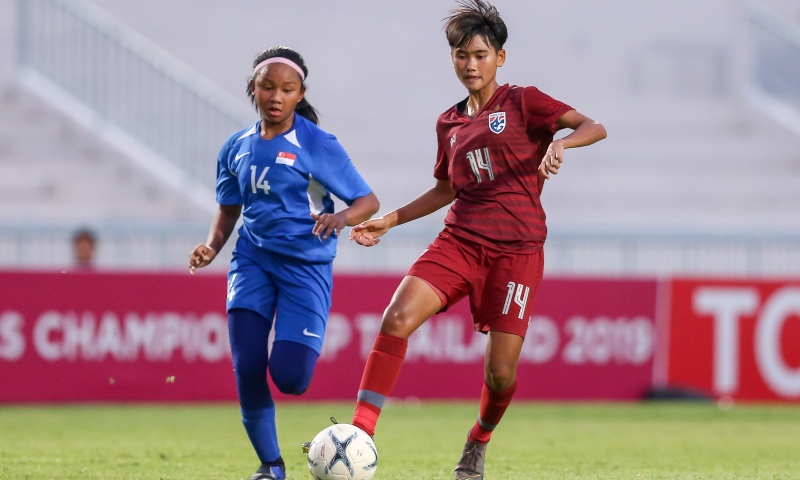 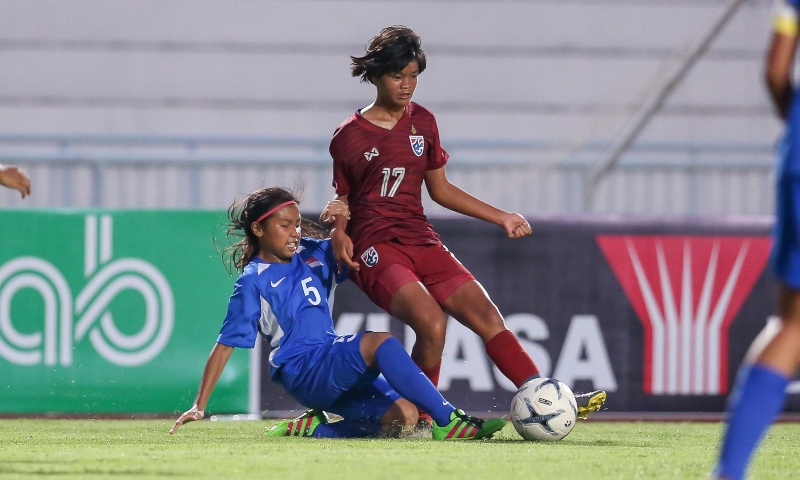 Hosts Thailand made a smashing start to their campaign in Group B of the AFF Under-15 Girls’ Championship 2019 when they thumped Singapore 5-0 here at the Institute of Physical Education.

Playing in their first game of the competition the Thai girls, under the familiar guidance of head coach Naruephon Kaenson, scored three goals in the first half before adding two more after the break.

“It was a good result but I think that they can do better especially in terms of how they handled the pace of the game,” said Naruephon afterwards.

“We have three more matches to go so this means that we will have to rotate the players. We have to give everyone the chance to perform.”

Singapore were unfazed playing against the two-time champions where after their victory over Cambodia two days ago, they seemed to have that added gusto in wanting to take on the hosts.

But it was obvious from the onset that the Thais were in a class of their own considering that they had calibre, individual players in almost all positions able to close the Singapore offensive down.

And after the earlier misses following some sustained pressure, Thailand finally opened account with a penalty in the 11th minute that was converted by Thawanrat following the foul on Thanchanok Jansri inside the Singapore box.

Two minutes later and Thailand were 2-0 up when Thawanrat finished from inside the box as they went on to finish the first half with a three-goal advantage following Chattaya close range finish.

Singapore tried to push forward out from their own half but the Thai defence was just too slick as Suprapron Intaraprasit and Saranya Lamee manned the backline.

The several substitutions affected the shape of the team but nevertheless Thailand still managed to score two more goals through Thanchanok’s sublime lob right at the hour mark and Kantisa Imchanan’s easy finishe off a cross form Thawanrat.