Home News AFF U15: Two out of two for Thais 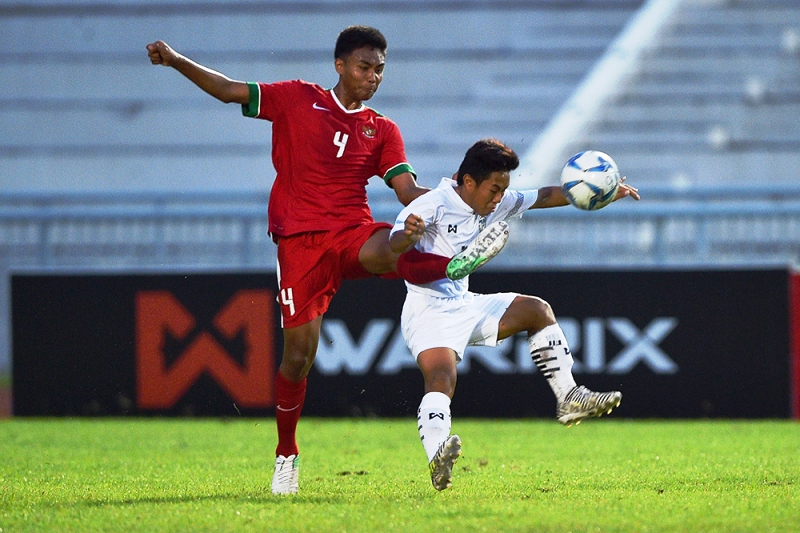 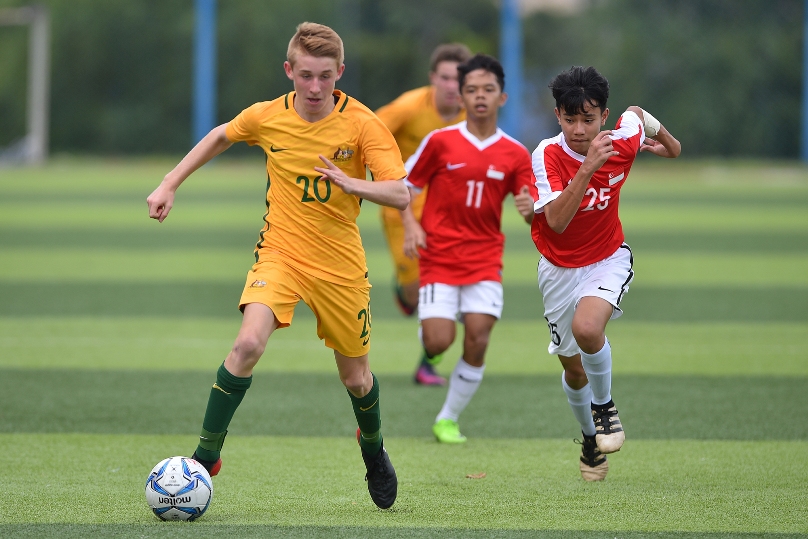 Hosts Thailand made it two wins out of two when they beat Indonesia 1-0 to take the lead in Group A of the AFF Under-15 Championship 2017 here at the IPE Campus Stadium.

In the main event of the day the Thais, who had edged Australia 2-1 two days earlier were full of vigour as they pressed Indonesia right from the onset.

In the ninth minute, captain Kittichai Yaidee tested Indonesian keeper  Ahludz Fikir with a half volley that went disappointingly wide.

And while Indonesia were a little disjointed at the start, they soon got things where in the 39th minute they just could find the finish when the Thai defence were in panic mode.

Into the second half, midfielder Andre Oktaviansyah’s one timer from a long cross was blocked by Thai keeper Anuchid Taweesri.

But the more composed Thai would soon find their way through and in the 73rd minute, substitute striker Suphanat Mueanta turned the ball inside the Indonesia box before releasing a stiff grounder for the win.

With the second full points, Thailand now lead Group A.

“It is only six points.  It is too soon to say about the semi-finals. We will just have to prepare well for the next match,” said Thailand head coach Salvador Garcia.

In the meantime, Australia bounced back from their first match defeat to whitewash Singapore 8-0 as they gave the partisan crowd at the stand plenty to cheer.

And it took them just six minutes to nail the opening goal of the game when Riley Warland blasted in the corner from Jaiden Kucharski.

Australia then doubled the advantage just two minutes later with Birkan Kirdar punishing the mistake by the Singapore backline.

By the time the third goal came in the 17th minute minute with an excellent three-man play for Kucharski to slot home, the game was already over as a competition as Australia took full control of the game.

And with Singapore unable to break out of their own hald, Australia added further goals through George Antonis (31st minute), Navarone Darjani (40th and 49th minute), Thomas Main (71st) and Joshua Vargas (71st). 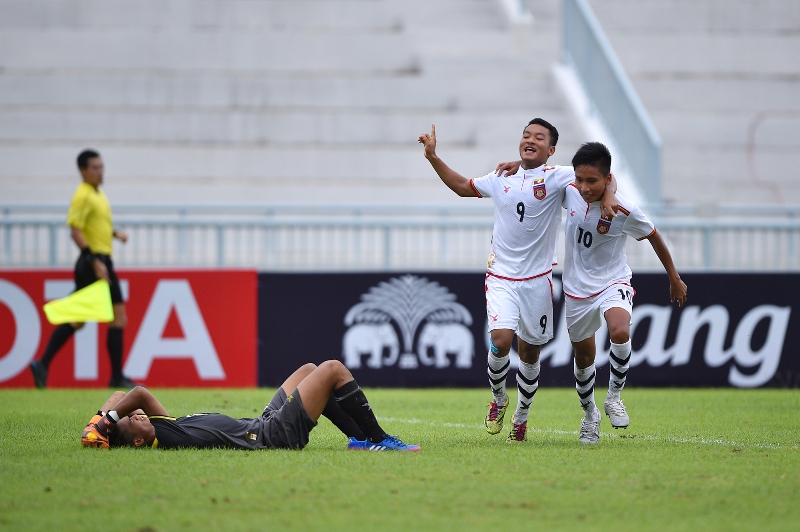 On the other hand, Myanmar picked up their first full three points of the competition when they beat Laos 2-0.

The game was fairly balanced with Laos putting up another attacking display as Myanmar were all eager to win their first three points in the group.

Both teams battled to a scoreless first half before Myanmar then turned on the power under sweltering heat to score the first goal of the game through Naung Naung Soe in the 65th minute.

And with just seconds left of the game, La Min Htwe then fired in from close range for the well-deserved victory as Myanmar Football Federation (MFF) President  U Zaw Zaw alongside Dato’ Sri Azzuddin Ahmad, the general secretary of the AFF watching from the stand.