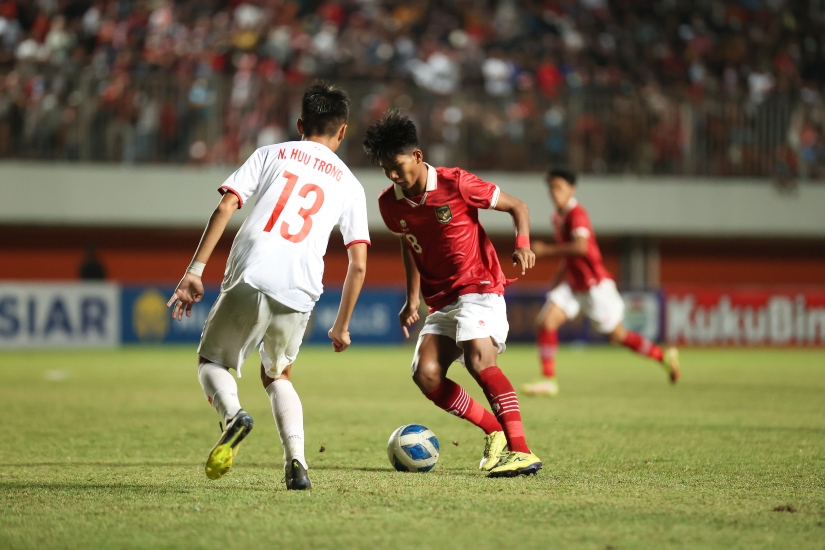 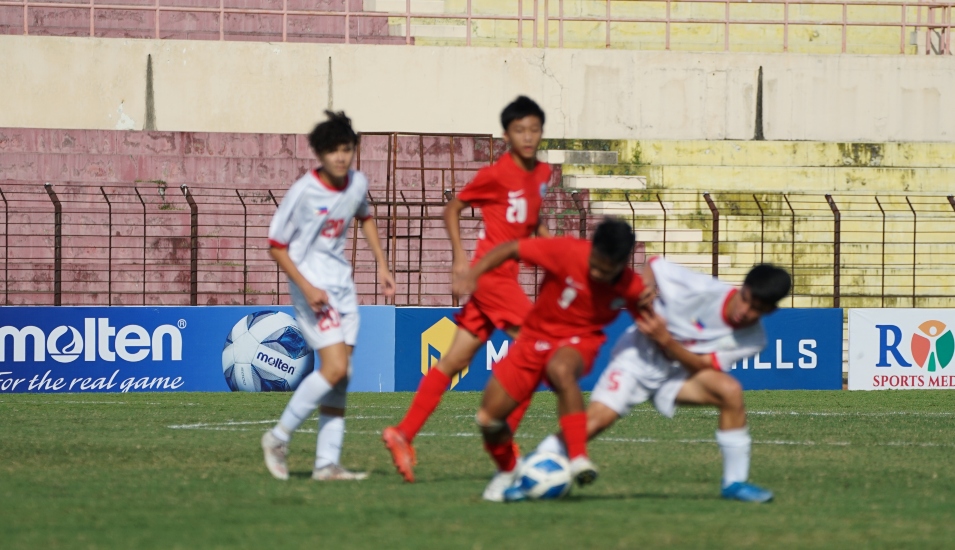 Indonesia staged a fabulous comeback win to beat Vietnam 2-1 as they booked their place in the semifinals as Group A winners of the AFF Under-16 Championship 2022.

“We played well on the night but I think that we can play even better in the semifinals,” said Indonesian captain M. Iqbal Gwijangge.

In the decisive group match that was played at the Maguwoharjo Sleman Stadium, Indonesia and Vietnam were giving no quarter as they pushed the tempo of the game high and with the action from one end to the other.

Backed by more than 10,000 fans, whose incessant singing provided further entertainment off the pitch, Indonesia pressed their opponents hard in search of the lead.

But after some near misses, Vietnam gained a penalty in the 41st minute when Indonesian defender Rizdjar Subagja was penalised for bringing down Le Dinh Long Vu inside the box.

And captain Nguyen Cong Phuong certainly did not disappoint as he sent Indonesian custodian Andrika Rachman the wrong way for the halftime lead.

But Indonesia were not about to disappoint the faith of the fans and in a four-minute blitz, they raced to a 2-1 lead and eventually the win of the group.

The first was a sublime cross in the 52nd minute from Narendra Islami that was headed into goal while the second coming in just four minutes later, was a through pass from Arkhan Putra Purwanto that was slotted home by Muhammad Nabil Asyura.

The change for the pacey Le Duc Phat troubled the Indonesian backline but not enough to change the inevitable as Indonesia win the group while Vietnam will have to wait and see if they can progress to the next round as the best runners-up team.

At the Sultan Agung Bantul Stadium, the Philippines ended their campaign on a high when they edged Singapore 2-1.

Following a well-fought first half, the Philippines nailed the opener off Julio Yoldi just three minutes after the breather as Singapore then pegged the score back on level with a Jonan Tan scrambling finish in the 70th minute.

But Arvin Alayon capitalised on Singapore keeper Kaiden Ng’s mistake two minutes to the end to stab the ball home for the win.