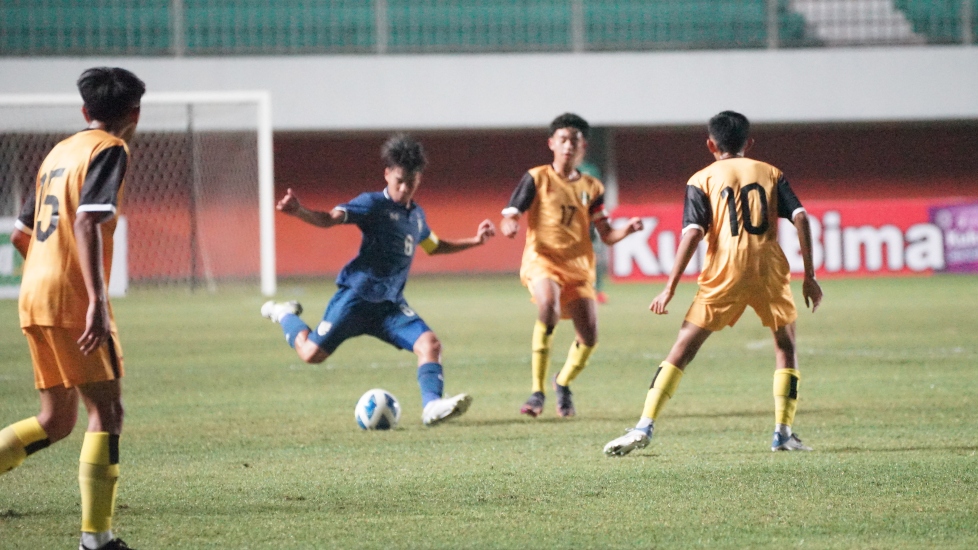 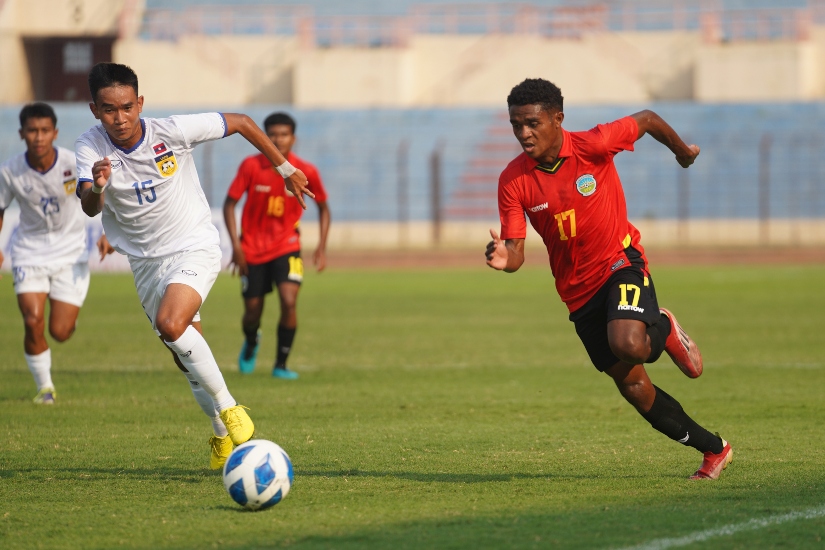 Thailand showed their pedigree to smash Brunei DS 5-0 in their opening game of Group B of the AFF Under-16 Championship 2022 this evening at the Maguwoharjo Sleman Stadium.

It took Thailand a while to warm things up and after coming close with Kongnat Thuamthongdee’s 15th minute effort, they finally carved out the lead five minutes later when Tontawan Puntamunee headed in a Saranyawat Naprasert freekick.

Tontawan was again in the thick of the action in the 34th minute when he fired in a stiff grounder to double the advantage for Thailand.

The first half would end 3-0 in favour of the Thais when Anumat Seewongkaew nodded in the cross from Pacharaphol Lekkun.

Thailand would carry on much in the same vein as they had done in the first half where just eight minutes after the restart, Phanthawat Khetchomphu burgeoned the score to 4-0 with a well-executed finish from inside the box.

A flurry of changes for Brunei soon after gave them some composure at the centre of the park but that failed to stop the inevitable.

And in the 79th minute, substitute Kitiphat Boondaung pounced on a poor clearance to cap off a fine evening for the three-time winners.

In the meantime, ten-man Timor Leste staged a fabulous fightback to hold Laos to a 1-1 draw in an earlier match that was played at the Sultan Agung Bantul Stadium.

In what was an evenly contested affair, it was Laos who grabbed the early lead in the tenth minute when Sisavath Keomoungkhoun headed in the cross from Sithone Xayyalang.

The substitutions for Totifanio Amaral and Vabio Pires gave Timor Leste some pace but in their haste for the equaliser saw defender Claudio Da Silva Martins being given a direct red card in the 40th minute for a high challenge on Laos’ Xaysana Sihalath.

With the score still unchanged well into the second half, the pace of striker and captain Alexandro Corsino Lemos was always a constant thorn to the Laos defence.

And with just six minutes left on the clock, Laos’ failure to keep him at bay down the right flank saw Alexandro playing the ball back to Norbert Mota Goncalves for the perfect finish.