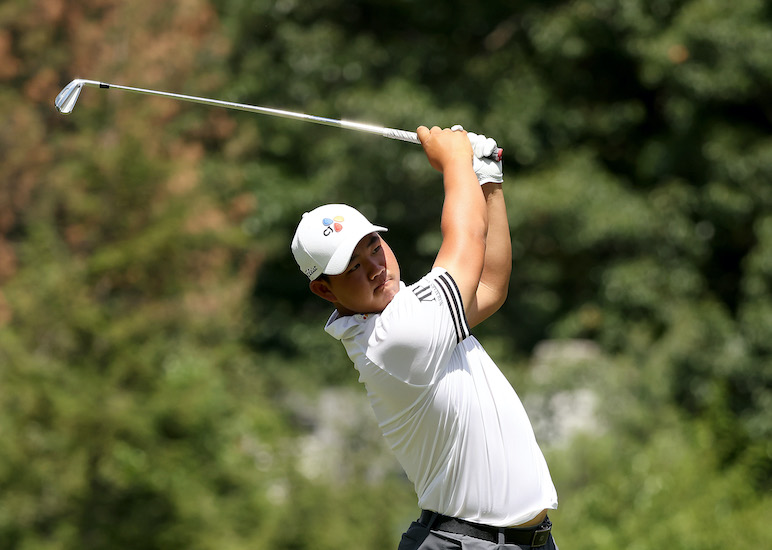 Korea’s rising star Joohyung “Tom” Kim fired a tournament record-tying 9-under 63 in the final round of the Rocket Mortgage Classic on Sunday to virtually earn his PGA TOUR card for next season.

Kim, 20, saved his best for last by marking his scorecard with a stunning eagle and seven birdies at Detroit Golf Club to come in solo seventh on 18-under 270, eight shots back of runaway winner Tony Finau who secured his second successive win on TOUR.

It was certainly a memorable week for world No. 34 Kim, who had to birdie his final hole on Friday to make the halfway cut on the number before launching a weekend charge for his second career top-10 on TOUR following a third place finish at the Genesis Scottish Open last month.

“It means everything. Every day I’ve played golf, I’ve thought about playing on the PGA TOUR. It was nothing else,” said Kim, who is currently the youngest player in the top-50 of the Official World Golf Ranking

Kim accepted Special Temporary Membership after The Open Championship two weeks ago and his haul of 90 FedExCup points on Sunday now raises his season’s tally to 417 points, which puts him between 96th and 97th position on the FedExCup Playoffs and Eligibility List. As a non-member, he needs to equal or better the points earned by the 125th ranked player, with the Wyndham Championship this week being the final tournament of the Regular Season.

With some hot iron play, Kim made five birdies for an outward 31 where four were from inside of five feet, and he holed out from 127 yards for a sensational eagle on the 10th hole. Two more birdies on 13 and 17 saw him tie the course record, and left him with a big smile upon the realisation he had probably done enough to secure his PGA TOUR card for the 2022-23 Season.

“It could get a little emotional tonight, but it’s definitely been a dream, it’s been a road and hopefully next season I’ll be out here full time,” said Kim. “I played great. From tee to green, I felt really solid. I was hitting the shots that I needed to and made a lot of putts. Definitely happy. No bogeys on the scorecard, just birdies and an eagle.”

Countryman Si Woo Kim was the next highest Asian finisher at tied 14th place on 15-under 273 after closing with a 70.  Another Korean, Sung Kang and Thai duo K.K. Limbhasut and Kiradech Aphibarnrat signed off with 70, 73 and 68 respectively for T37, T44 and T49.

Finau shot a 67 for a winning total of 26-under 262 to win by five from reigning FedExCup champion, Patrick Cantlay (66), Cameron Young (68), Taylor Pendrith (72), for his career fourth PGA TOUR title.

“What a wonderful couple weeks it’s been. To capitalize the way I did last week and today, on a Sunday where it was pretty tight there going down the stretch and I was able to pull away with some birdies,” said Finau, who became the eighth multiple winners of the season.

“I write down goals before every season. I was able to peek at them overnight. One of my goals would be to be a multiple win on Tour this season. To be able to accomplish that is amazing.” 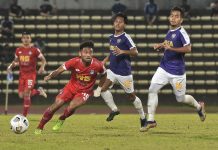