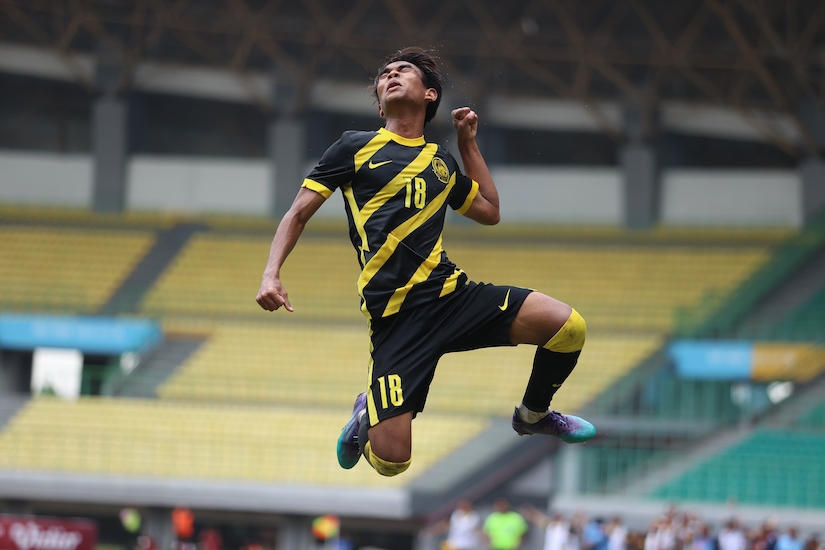 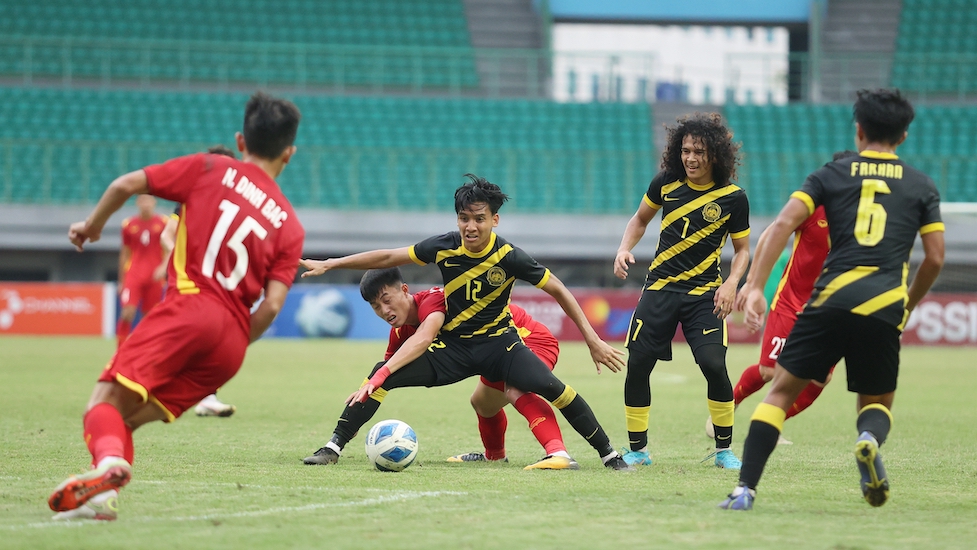 Malaysia booked their place in the final of the AFF Under-19 Boys Championship 2022 when they thumped Vietnam 3-0 in the first semifinal that was played this afternoon at the Patriot Stadium.

“We got a very comfortable win. I am happy that the players stayed to the tactical that has been conveyed. We have analysed the Vietnam game and the decision was made to be defensive at the start to catch them on the counter-attack,” said Malaysia head coach Hassan Sazali Waras.

A defensive-minded Malaysian side took to the field against a Vietnamese side well-known for their offensive play.

And certainly, Vietnam pressed their Malaysian counterparts hard from the onset with Nguyen Anh Tu’s seventh minute lofting shot being followed by a freekick that went astray.

With Vietnam missing out yet again in a 28th minute freekick, a quick counter just a minute later saw Adam Farhan Faizal’s curling shot beat keeper Cao Van Binh to give the Malaysians the 1-0 lead at the break.

Vietnam came out with all guns blazing into the second half and in the 55th minute, they should have gotten the equaliser but in spite of the several attempts, from Nguyen Quoc Viet and Nguyen Van Truong, the Malaysians somehow managed to deny them.

As the frustrations began to creep into the Vietnam camp, it was the Malaysians who carved out their second goal of the game in the 70th minute with a quick run-in from Muhammad Haqimi Rosli that saw Muhammad Haiqal Hairi latching on for the finish.

With two minutes left on the clock, Muhammad Haykal Mohd Haizon took advantage of a slip-up from Vietnam defender Trinh Hoang Canh to round keeper Van Binh to score Malaysia’s third goal of the game.

“We have a lot of chances but we could not score. Maybe the mentality of the players for the semifinals was not good. Certainly, we are disappointed with the results today,” added Vietnam head coach Dinh The Nam.