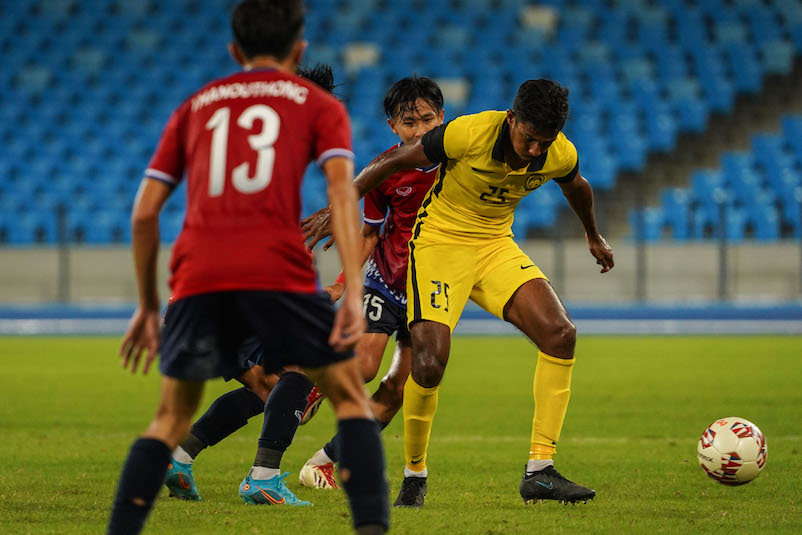 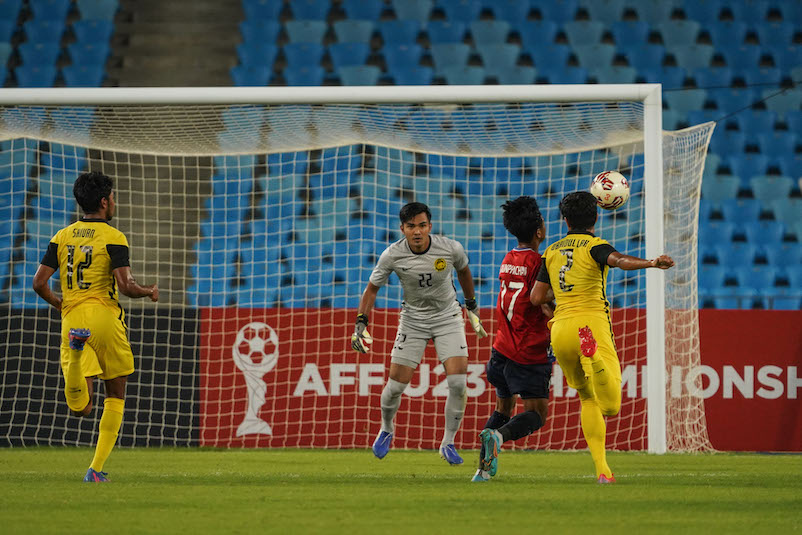 Laos created further ripples at the ongoing AFF Under-23 Championship 2022 when they dumped Malaysia 2-0 in their second tie of Group B here tonight at the Morodok Techo National Stadium.

With just two teams in the group, both Malaysia and Laos had to play with each other twice to book their place in the next round.

And Laos showed that their 2-1 victory in the first match a few days earlier was no fluke when they maintained a high level of discipline to beat the Malaysians for the second time tonight.

“It was a fantastic day for Laos football. It does not happen often that we beat Malaysia twice in one tournament. It was a great first half and we could have scored a few goals. Our opponents did not have a clear chance (to score). For now, people (in Laos) are happy, and that’s fine,” said Laos head coach Michael Weiss.

With the Malaysians needing to win by at least a single goal to force the match into extra time, they pushed up in numbers as Laos were content to just sit on their lead.

But the Malaysians struggled to get into Laos’ final quarter as the latter then relied on the counter to spite the defence.

Once again, the experience of Bounphachan Bounkong and Chony Waenpaseuth showed through as the duo was a handful for the Malaysian backline.

With the Malaysian forwards Harith Jaineh and Muhammad Fakrul Naszari unable to make headway, it was Bounphachan who struck the first goal of the game with a well-taken freekick to the top left of the Malaysian goal two minutes before the break.

It was basically the same script well into the second half as the Malaysians could not find a real crack at goal as Laos continued to put men behind the ball.

Frustrated, a defensive lapse with four minutes left on the clock and substitute Souksakhone Bouaphaivanh took full advantage to slot home the second goal of the evening to send Laos to their first-ever appearance in the semifinals.

“We were chasing the result from the first game obviously. And while we dominated for long periods, we just could not score. It was disappointing for sure even though the players gave everything they had. On the positive note, six or seven players made their debut and that is always good,” added Malaysian head coach Brad Maloney.