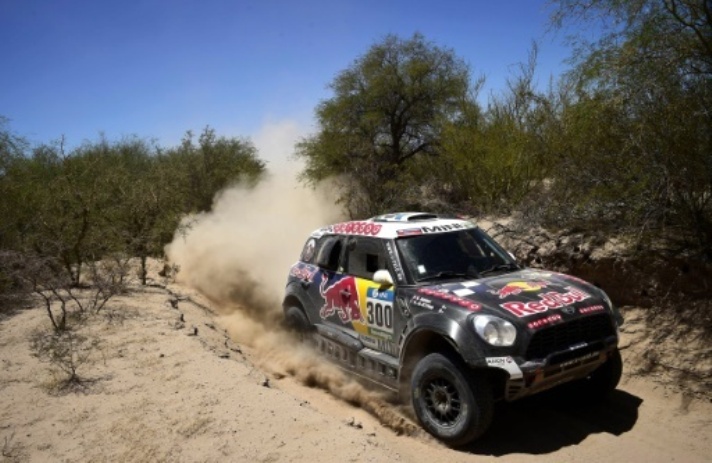 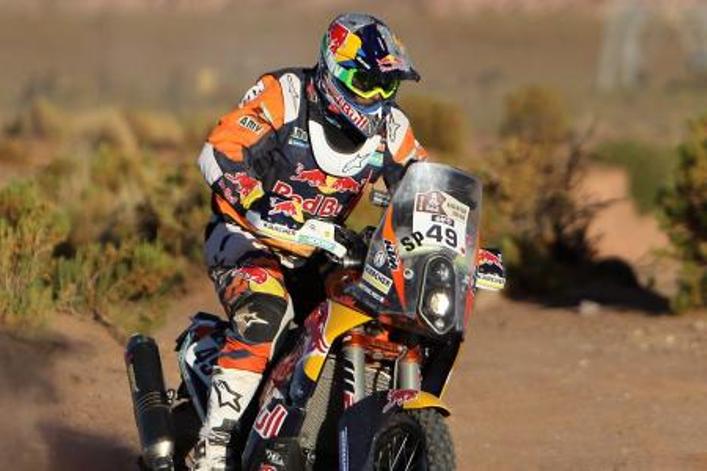 Nine-time world rally champion and Dakar debutant Loeb crossed the line in unorthodox fashion, his Peugeot being towed by teammate Cyril Despres after it had packed up a handful of kilometres from the finish.

Mikko Hirvonen was third while French Dakar legend Stephane Peterhansel kept the wheels on his bid for a 12th title, finishing fourth behind the wheel of his Peugeot at 8min 05sec.

The rally’s all-time most successful competitor maintained his lead at the top of the overall standings, 51min55sec ahead of Al-Attiyah with South African Giniel De Villers 1hr 17min 24sec off the pace in third.

Despite his commanding position with only two stages remaining Peterhansel was keeping his feet firmly on Argentinian soil.

“It’s never done: if you have ten minutes, two minutes or one hour and you have a big technical problem then you’re stopped and it’s finished for the overall victory,” said the 50-year-old who opened his Dakar account on two wheels in 1988.

He added: “It’s never over. I’ve had some good experiences like that, but also some bad experiences”.

The bikes stage was stopped because of the heat at the 243km mark with Antoine Meo of France declared the winner.

“On the last probably fifty to eighty kilometres it was starting to heat up really bad again,” he recounted.