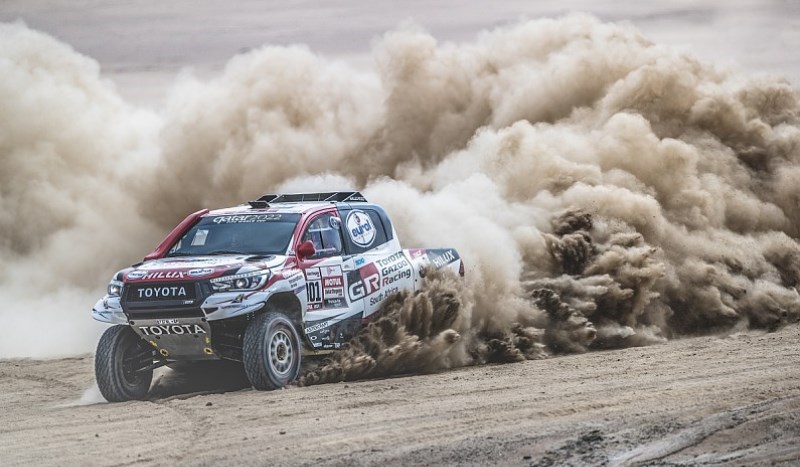 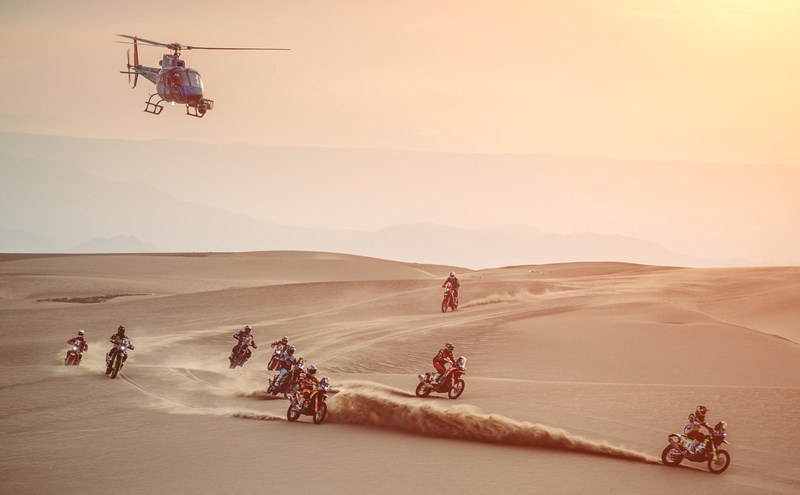 Stage 9 saw the second and final mass start of the race as the competitors raced a 313km special around Pisco. The penultimate day at this year’s Dakar was not without drama, with some high-profile casualties on the leaderboard. Here is all you need to know:

– 13-time champion and ‘Mr Dakar’ Stéphane Peterhansel’s hopes were over after 26km of the stage. Co-driver David Castera suffered severe back pain after a heavy landing into a sand dune, putting an end to their quest this year.

– Nasser Al-Attiyah played it safe and initially let Sébastien Loeb and Cyril Despres battle it out for the stage win. However, when both rivals suffered lengthy delays later in the day with Loeb in particular losing over an hour, the Qatari cruised to a third stage win of the race. He extended his lead in the Toyota over Nani Roma to 51 minutes on the eve of the finish in Lima.

– Peterhansel said: “We came over a dune and landed head-on in the next dune. Everything went so fast that David (Castera), who was looking at the roadbook at that moment, didn’t expect the impact.”

– The leading bike riders all set off together on the dunes and chose to monitor each other all the way to the finish line. The current podium of Toby Price, Pablo Quintanilla and Matthias Walkner crossed the line at the same time behind stage winner Michael Metge to ensure a thrilling final day sprint will settle the race on Thursday.

– Price said: “We’re in the fight with one stage left so hopefully we’re looking at a one or two result and I’ll be happy with that. Today was all about being smooth and consistent, there wasn’t really the chance to break away. I just needed to keep everyone in sight and that’s what we managed to do.”

– Sam Sunderland received a one-hour penalty at the end of Stage 8, putting an end to his title challenge.

– Russian Eduard Nikolaev put a difficult couple of days behind him to return to winning ways in the Kamaz truck. He won the stage, and also reclaimed the race lead from compatriot Dmitry Sotnikov.

– After seven stage wins, Argentine Nicolas Cavigliasso had to settle for second spot today in the quad category as young compatriot Manuel Andújar took the victory. Cavigliasso still leads overall by one hour and 40 minutes.

– In the SxS race Brazilian Reinaldo Varela crossed the line first but Chilean Francisco Lopez Contardo followed him in third, and is still in control of the leaderboard.

– Tomorrow is the final stage of the Dakar Rally 2019 and sees the remaining competitors arrive in Lima. But first, they must navigate a 247km liaison and a 112km special stage.