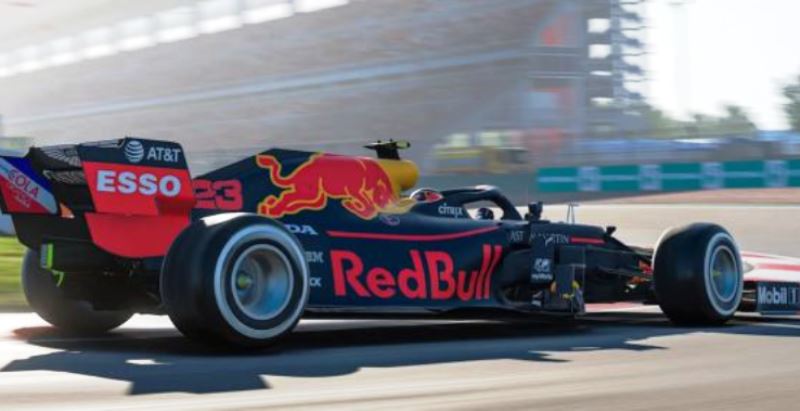 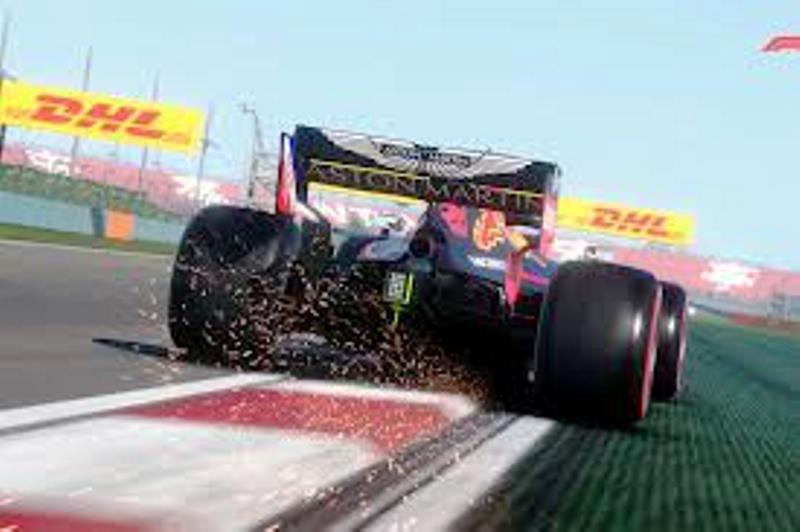 Alex Albon displayed an impressive performance to take his maiden F1 podium with second position in Formula One’s third round of the Virtual GP Series, whilst teammate and Real Madrid star Thibaut Courtois finished 15th on his debut.
Qualifying on the second row in third position, Alex was promoted to the front row after second-placed George Russell received a grid penalty, meanwhile Thibaut qualified 16th on his first visit to the Shanghai International Circuit.
Through good strategy, Alex was able to jump pole sitter Charles Leclerc after the first and only round of pit stops, but a small mistake by Alex several laps later meant Charles was able to get back past. Thibaut came out in P17 after the pits and clawed his way back up to P15 – a strong debut performance for the Belgian international.
Commenting after the race, Alex said: “I didn’t crash this time which was the main thing, but of course it’s always good to get on the podium, even if it’s virtual! I kept it on the black stuff but Charles got the better of me – he’s been very quick. Obviously I am disappointed though so it’s back to the drawing board for the next round! My new teammate Thibaut is so fast, he’s been practicing with me quite a bit and when we first started testing around China, he was quicker than me so I was getting worried about my job! We even did team tactics and he held up Charles for a couple of corners behind me so it was good fun and we had a lot of laughs. I’m enjoying the sim racing – obviously it’s not the real thing but to keep the time ticking over it’s been really good and I’ve enjoyed it. Compared with football and basketball which has games like FIFA and NBA, racing is one of the only sports where you can actually keep active in a pretty realistic way so I do love it. I also sweat more during the virtual races than I do in real life, so I’ll be needing a towel for next time!”
Thibaut added, “I’m fairly happy with my performance and I think my pace was quite good. I would have liked to be a bit further up the field as my qualifying could have been better but I struggled with traffic. In the race I had a very good start up until turn three or four when I got pushed off the track and went from P8 to almost last. But I had good pace and fought back quite well, and I had some great battles, especially at the end with Correa. It was a very fun race and I’m really happy to have been a part of Aston Martin Red Bull Racing for this event. Hopefully I can get another chance to race for the Red Bull family as it was a lot of fun. It was great for Alex to get second place, I hoped he would get the win but he did a great race. Thank you so much to Red Bull for the opportunity, I loved it!”
F1 Virtual Grand Prix Results
1. Charles Leclerc – Ferrari
2. Alex Albon – Aston Martin Red Bull Racing
3. Guanyu Zhou – Renault
4. George Russell – Williams
5. Stoffel Vandoorne – Mercedes
6. Esteban Gutierrez – Mercedes
7. Louis Deletraz – Haas
8. Liam Lawson – Alpha Tauri
9. Nicholas Latifi – Williams
10. Carlos Sainz – McLaren
…
15. Thibaut Courtois – Aston Martin Red Bull Racing