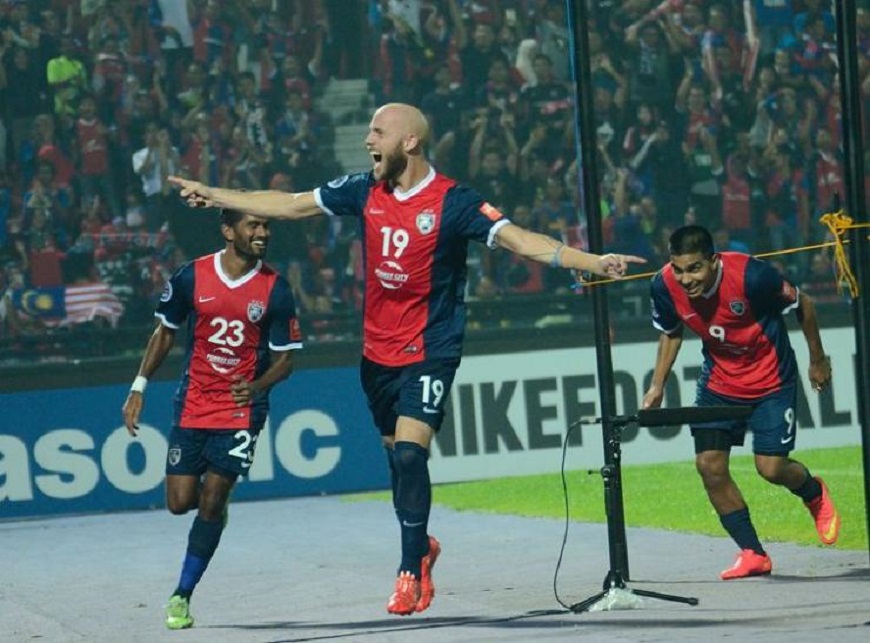 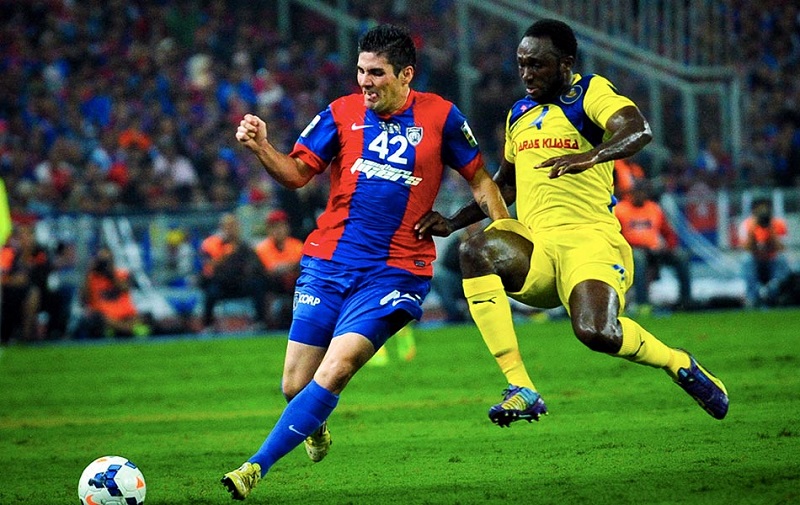 # Four-time Super League champions JDT bring back their heroes
# Southern Tigers add another Brazilian defender to their stable
Record breaking four-time Super League champions Johor Darul Takzim have brought back their much-loved Argentine duo – Jorge Pereyra Diaz and Luciano Figueroa – for the new season.
At the same time the Southern Tigers have also brought on board a Brazilian defender Bruno Gabriel Soares to beef up their backline in case another Brazilian – the long serving Marcos Antonio does not fully recover from his left knee ACL injury which kayoed him in July.
For starters Soares is expected to start his JDT career with Premier League’s JDT II which is now the feeder team. The latest addition to the team was posted on the Southern Tigers facebook.
JDT – who wrote Malaysian football history in 2015 by winning the AFC Cup with a 1-0 win over Tajikistan giants Istiklol FC in the final played on Oct 31 at the Pamir Stadium in Dushanbe – have won the Malaysian Super League a record four times from 2014.
The Southern Tigers added the prestigious Malaysia Cup to their collection this year. The Johor outfit won their first ever Malaysia Cup with a 2-0 win over defending champions Kedah in the final on Nov 4.
Scoring machine Diaz scored 50 goals in 68 appearances for JDT during his stints with the team from 2014 to 2016.
JDT, who have become a household name not only in this region but also in Asia and Europe plus America, are looking at the bigger stage – thanks to the club’s owner Major General Tunku Ismail Ibni Sultan Ibrahim.
Major General Tunku Ismail, who is also the Crown Prince of Johor and the president of the Football Association of Malaysia (FAM) – a post he took over in mid-2017, has transformed Johor football with his professional approach.
He has become the envy of others and along the line there is jealousy among many which resulted in back-stabbing. Major General Tunku Ismail has taken all that in his stride – determined to raise the football standard not only in Johor but the country.
Even his hardcore critics are now singing a different tune and are in praise of the Johor Crown Prince who does not mince his words when giving his comments and views.
Apart from wanting to retain the Super League title and the Malaysia Cup the Southersn Tigers have a different mission next year – the AFC Champions League.
JDT embark on their mission with a Second Preliminary Round match against Thailand’s Muangthong United. The Thai giants will be at home to JDT at the SCG Stadium in Nonthaburi on January 23.BY RIZAL ABDULLAH