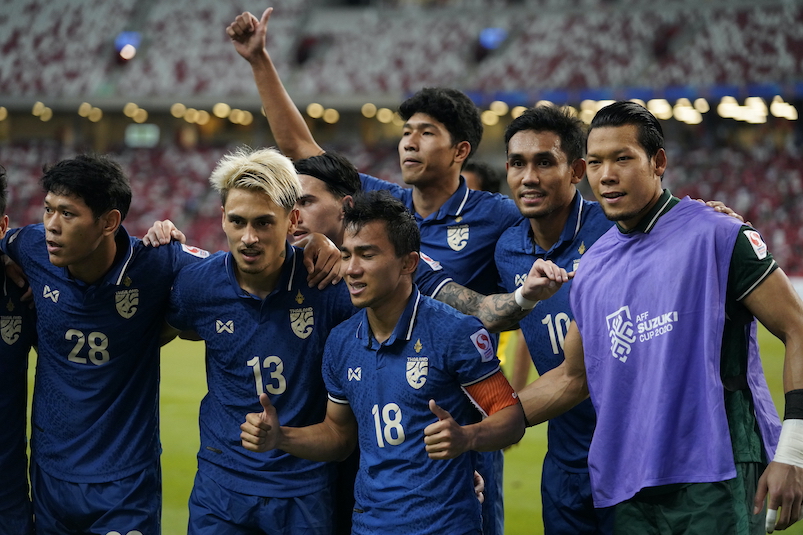 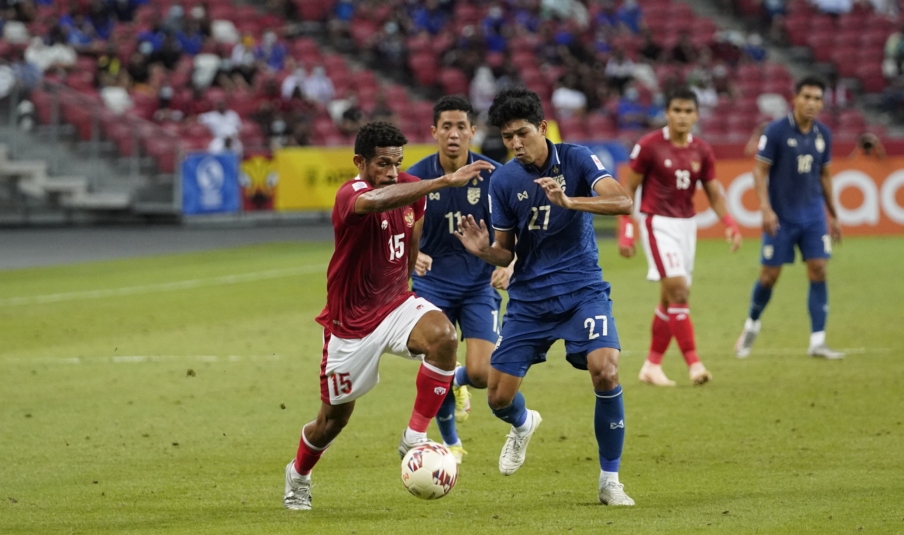 Thailand took a huge step for the title this year when they dismantled Indonesia 4-0 in FINAL 1 of the AFF Suzuki Cup 2020 this evening at the National Stadium.

The early strike from captain Chanathip Songkrasin set the pace for Thailand as they then added three more goals after the break for the well-deserved victory.

“It is a big advantage for sure but we should make too much party. It is in our hands to bring the trophy back to Thailand,” said Thailand head coach Alexandre Polking.

“It was a big performance from the players. We have the plans and the strategy but what the players did today was exceptional.”

Added Man of the Match Supachok Sarachat: “we have to thank the coach (Polking) and also the team manager (Nualphan Lamsam) for they created a positive environment in the team.”

The match could not have started on a more ominous note for Indonesia where as early as the second minute, they found themselves falling behind with Philip Roller the provider down the right for Chanathip to fire home.

That goal seemed to have rattled Indonesia as they struggled to put two passes together.

As Thailand kept up the pressure off Supachok, Bordin Phala and Chanathip, Indonesia came close to nailing the equaliser just before the break where off a quick counter, an open chance saw Alfeandra Dewangga ballooning the ball well over the crossbar. 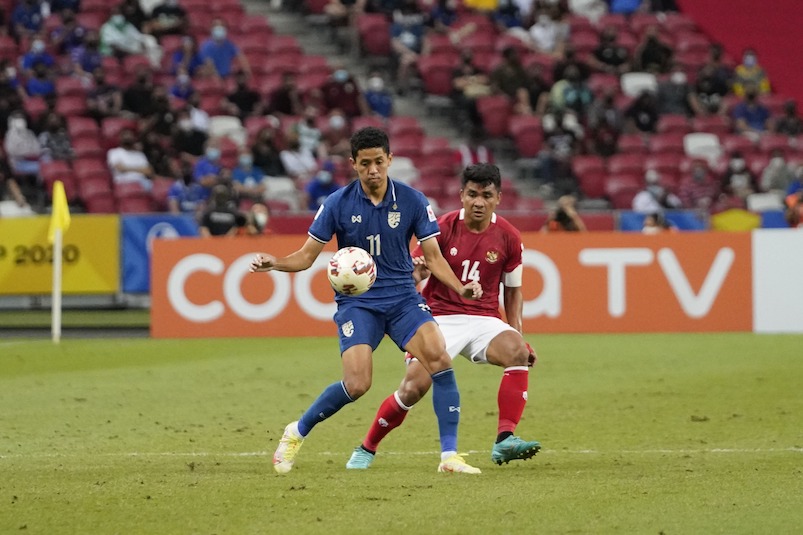 The Thais then pushed forward into the second half with Supachok again in the thick of the action in the 52nd minute as he pulled the Indonesian defenders for a playback for Chanathip to ground the ball home.

With Indonesia continuing to struggle, Thailand pulled away in the 67th minute with Roller providing the cross as Supachok then placed the ball beyond the reach of Indonesian keeper Nadeo Arga Winata.

And seven minutes to the end, Worachit Kanitsibumphen played the ball short for Bordin to score to complete the night for the five-time champions.

“The early goal gave us problems. And for most of the players, this is their first final,” said Indonesian head coach Shin Tae-yong.

“We could not score that goal at the end of the first half. If we did, things could have been different.”