Home 2022 Asian stars Noh and Kang get off to strong starts at Zurich... 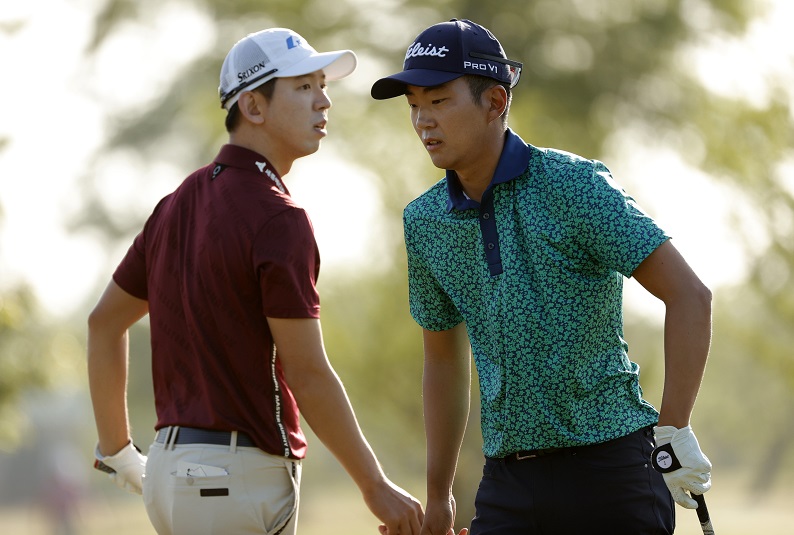 Asian stars Seung-Yul Noh and Sung Kang got off to solid starts after firing identical 9-under 63s with their respective partners in the opening Four-ball of the Zurich Classic of New Orleans on Thursday to share ninth spot in the only official FedExCup event to feature a two-player team format.

Noh, who is teaming up with Michael Kim this week, carded nine birdies in their flawless round while Kang and partner John Huh impressed with an eagle and seven birdies at the TPC Louisiana to trail early pace-setters Patrick Cantlay and Xander Schauffele by four strokes.

Korean duo Sungjae Im and Byeong Hun An, partnering for the second successive year, and India’s Arjun Atwal and Australia’s Lucas Herbert signed for a matching 65s to be tied 28th. Korean Sangmoon Bae, who is playing alongside New Zealand’s Danny Lee, and Kiradech Aphibarnrat of Thailand, partnering with American Kurt Kitayama, are a further shot back in tied 46th following cards of 66s.

The top-33 teams and ties after 36 holes will qualify for the final two rounds.

Noh will be looking to build on his team’s fast start as he seeks to revive his golf career on the PGA TOUR. He has been struggling to impresss over the last couple of years after being ranked as high as No. 61 on the Official World Golf Ranking.

There is certainly no better place for him to hunt for redemption as his lone PGA TOUR win was achieved at the Zurich Classic of New Orleans in 2014 when it was still an individual event. TPC Louisiana has surely gotten the best out of the 30-year-old as he contributed four of the nine birdies for the team, including three in a five-hole stretch from No. 12.

As for Kang, a solid opening round will put a smile on his face after enduring a frustrating run of missed cuts over his last five tournaments. He had Huh to thank for carrying the team through the first round as Huh picked up seven shots, including firing an eagle on the par-5 Hole No. 7.

Cantlay and Schauffele blazed the course with a 13-under 59, setting a new tournament record since the event switched to team format five years ago.