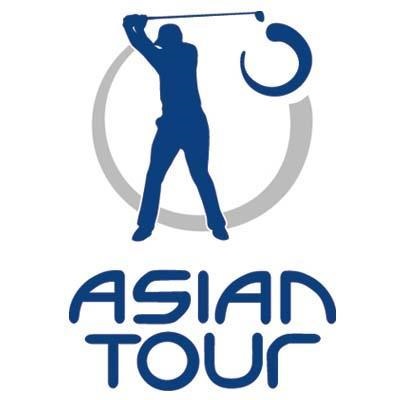 The Asian Tour has released the first part of its 2018 season schedule in what promises to be the most robust year of playing opportunities for its members since 2008.

The 2018 schedule will feature at least six new tournaments with two events added in Korea, the ISPS Handa New Zealand Open, the Philippine Golf Championship and a minimum of two tournaments planned in China.

The 2018 Asian Tour season tees off in Thailand, where the annual Qualifying School will be held. At the end of the event, the top-35 finishers and ties will earn Asian Tour cards. At the same time, 12 of Asia’s leading players will represent Team Asia against Team Europe in Malaysia at the EurAsia Cup presented by DRB-HICOM.

This biennial event is a team match-play tournament which boasts a massive US$4.8 million purse and is the Asian Tour and European Tour’s cousin event of Ryder Cup.

In the previous edition, Team Europe won the contest in dominant fashion while Team Asia forced a dramatic 10-10 draw in the first edition in 2014. Come January 2018, Team Asia, captained by Arjun Atwal, will be looking to exact revenge against a strong European team, led by Ryder Cup Captain Thomas Bjorn. The EurAsia Cup will be hosted at Glenmarie Golf and Country Club in Kuala Lumpur from January 12 to 14.

Also in January, the top players from the Asian Tour and the Japan Golf Tour will be competing for a US$1 million purse at the SMBC Singapore Open. The star-studded field will include Masters Tournament winner, Sergio Garcia.

Next, the circuit heads to Myanmar for the US$750,000 LeoPalace21 Myanmar Open which is the second consecutive co-sanctioned tournament between the Asian Tour and Japan Golf Tour, before heading southward to Malaysia for the lucrative US$3 million Maybank Championship.

The Tour will swing over to Oceania for two events at the ISPS HANDA World Super 6 Perth and the ISPS Handa New Zealand Open, a new addition to the Asian Tour schedule.

Members from the Asian Tour will be competing at the ISPS Handa New Zealand Open and prize money earned will count towards the Asian Tour Order of Merit race. The tournament will be the first on the Asian Tour that is played over a pro-am format, contested by top professional golfers, amateurs, as well as celebrity players.

This tournament, as well as the ISPS HANDA World Super 6 Perth, Maybank Championship and Indian Open, are co-sanctioned with the European Tour. A significant number of co-sanctioned tournaments have been planned for the rest of the year, reinforcing the Strategic Alliance between the Asian Tour and European Tour.

Then from mid-April to early May, the Asian Tour features an East Asian swing to Chinese Taipei, Japan and Korea.

The Yeangder Heritage is a full-field Asian Tour event held in Chinese Taipei with a prize purse of US$300,000.  The following week sees the Asian Tour touch down in the Land of the Rising Sun for the Panasonic Open Championship. This tournament offers ¥?150 million (approximately US$1.35 million) and is the finale of the Panasonic Swing, an aggregate points race that spans five events – in Thailand, India, Indonesia, Malaysia and Japan.  Asian Tour players have an opportunity to shoot for a share of the lucrative bonus pool of a further US$150,000.

Rounding off this first part of the season, the Asian Tour travels to Korea in the first week of May for the prestigious GS Caltex Maekyung Open. The tournament has a storied 37-year history and offers a ?1 billion purse (approximately US$920,000).

A Robust Second Half

The Asian Tour expects to ride the momentum into the latter half of 2018 with a stronger schedule over the previous year.  The optimism is backed by several tournaments in development as well as co-sanctioning agreements already in place with the European Tour, JGTO, China Tour, Korea Golf Tour, PGA Tour of Australasia and the Sunshine Tour.

ADT, the feeder tour onto the Asian Tour expects to stage a minimum of 23 tournaments in 2018.  This will be at least three more compared to 2017’s total of 20 events. 12 events will be played in Malaysia, four in Thailand and two in Chinese Taipei as well as Indonesia. ADT tournaments have also been planned for Brunei and Bangladesh.

Plus, after the successful staging of the inaugural Defence Raya Golf Championship, the ADT will return to Pakistan in 2018. Details of the 2018 ADT schedule will be announced in due course.

“This is a very exciting time for the Asian Tour and the Asian Development Tour,” said Josh Burack, CEO of the Asian Tour. “We are delighted about the progress that we’ve made over the past year which will see us end 2017 with five more tournaments compared to 2016.  Now as we look forward to 2018 we are targeting a minimum of 33 tournaments on our main tour, which would surpass the Asian Tour’s previous high of 32 events back in 2008.

“Most importantly our growing schedule will enhance the playing opportunities for our talented members and those players that aim to join the Asian Tour by coming through our Q-School scheduled for January in Thailand.  We will continue to work hard towards creating more events and growing the overall prize purses each year.  I’d like to thank all of our partners and our players for their support during this exciting phase of steady growth for the Asian Tour.”

Asian Tour 2018 Schedule (January to May)