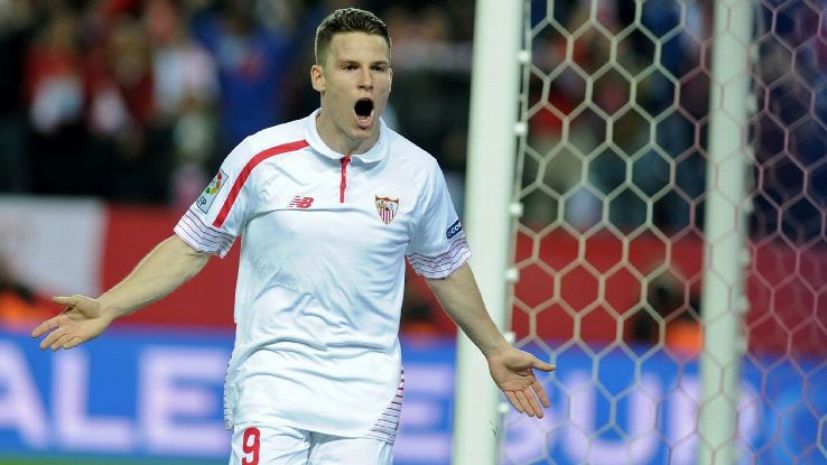 The fee was undisclosed, but media reported that the capital city side paid about 32 million euros ($35.8m, £27m) for Gameiro’s services.

He arrives at the Vicente Calderon stadium on a four-year deal, and will join up with compatriot Antoine Griezmann in attack.

Gameiro will arrive in Madrid on Saturday afternoon to undergo a medical.

The 29-year-old joined Sevilla from Paris Saint-Germain in 2013 and was part of the side that won three consecutive Europa League titles.

Gameiro enjoyed the most prolific season of his career last term, scoring 29 goals in all competitions, including 10 in Europe, but missed out on selection for Dider Deschamps’ France Euro 2016 squad.

Atletico coach Diego Simeone had been looking to strengthen his forward line, as Griezmann and Fernando Torres have been sharing the bulk of the striking duties.

Atletico also announced Saturday that striker Luciano Vietto, who only joined the club last year, would leave and go to Sevilla “for the next season.”

Atletico will be hoping to push on in the coming season, after narrowly missing out on both the Champions League and La Liga titles last campaign.

They finished third behind Real Madrid and champions Barcelona in the league, and lost the Champions League final to city rivals Real on penalties. – Agence France-Presse