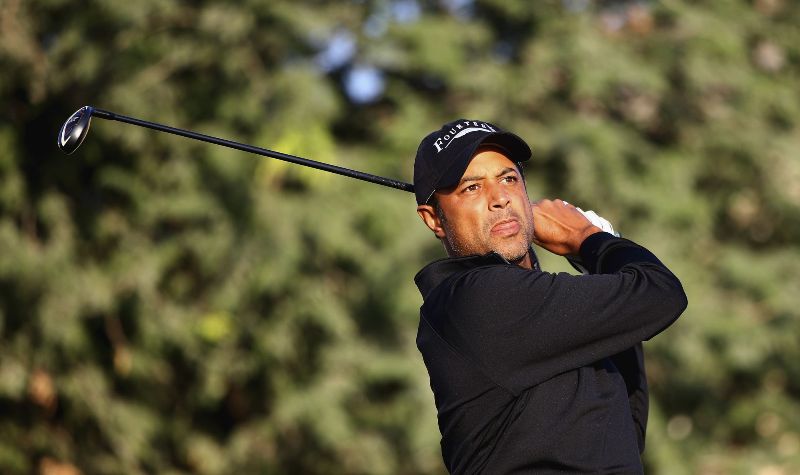 India’s Arjun Atwal credited his friendship with Tiger Woods and the strong family support for restoring his former glory after he won the Dubai Open last weekend.

Victory at the inaugural US$500,000 Asian Tour event was especially sweet for the 41-year-old as it has been four years since his historic win at the 2010 Wyndham Championship on the PGA TOUR that he last tasted success.

“I can’t believe I’m saying this, but to have won today is maybe an even greater feeling as it has always been my lifetime goal was to win on the PGA TOUR,” said Atwal in his victory speech.

Beset by injuries and losing his card on the PGA TOUR, Atwal, a former Asian Tour number one, has been struggling to get back to his best in the last four years, relying on the goodwill of sponsors to tee up at events.

“All the tournaments I played in this year were on sponsor’s invites this year. This (Dubai Open) was my fifth invite in a row actually.  I’m thankful to all the sponsors that have given me invites.

“Thank God I don’t have to do that again.  I never thought that I would be asking for invites on the Asian Tour,” said Atwal, who had also harboured thoughts of calling time on the sport which he picked up at the age of 14.

It took his strong family support to see some of Atwal’s old magic return at the majestic Els Club Dubai last week.

“It’s been my dad, my wife and my whole family who has been really supportive of me.  Especially during those really dark days when I really didn’t think I could play anymore. But they never let me believe that I wouldn’t be playing anymore.

“I could come back to India and work with my dad and it would be all right, but it’s been good.  They have been really supportive,” said Atwal.

Like his good friend Woods who is also seeking to rediscover his brilliance on the golf course, Atwal is thankful the close friendship he shares with the former world number one has brought him back to his playing best.

“You know, we’ve become like really, really close.  Him going through his stuff and me struggling the last couple of years, we’ve been there for each other.

“It’s almost to the point where we’re like there’re very few friends in the world that will be there for you when you need them the most, and he’s one of them.  And I’m there for him, as well,” said Atwal.

While plans are still sketchy for the Florida-based Indian in the United States, he knows he will be a regular fixture on the region’s premier Tour come 2015 after earning a priceless two-year winner’s exemption.

“I don’t have any plans yet for 2015 but I want to still play on the PGA TOUR.  That’s always my goal because I live there now and my kids are going to school there.

“If my game gets good enough, obviously I’m going to try and give it a go over there. But I’m going to play on the Asian Tour next year,” said Atwal.