Home International Audi is best manufacturer in the 2014 DTM 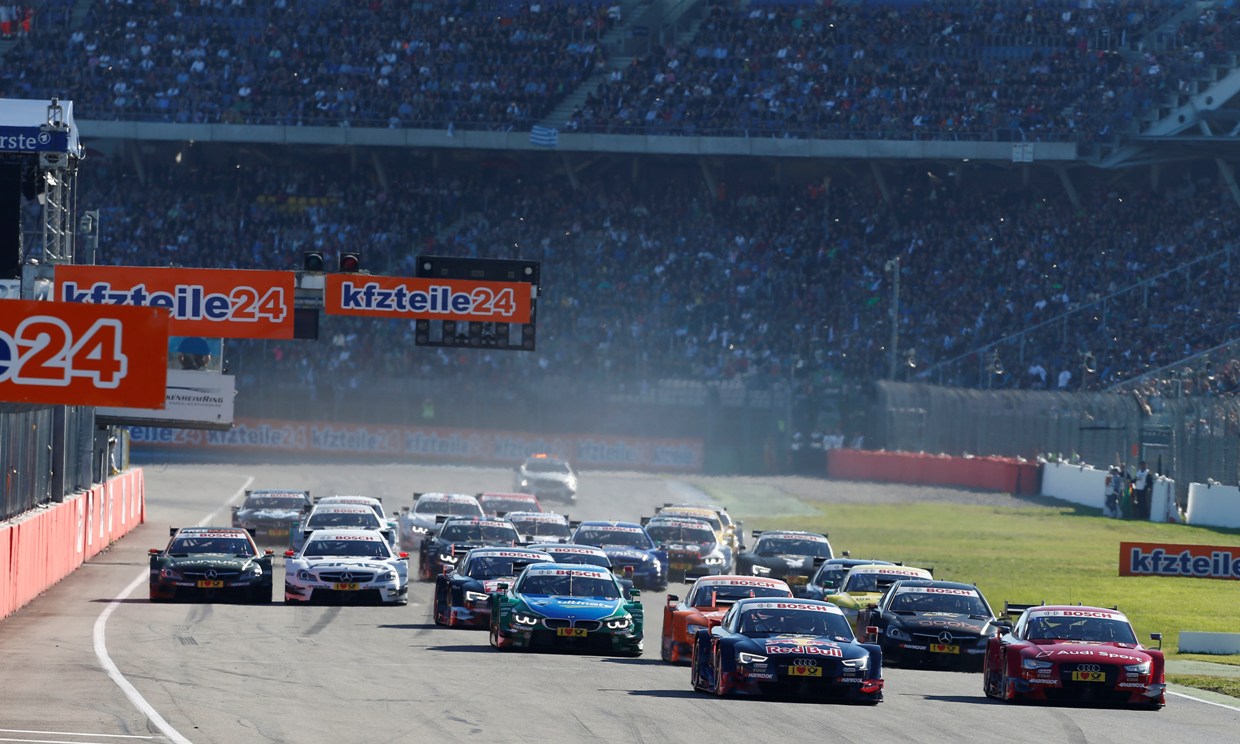 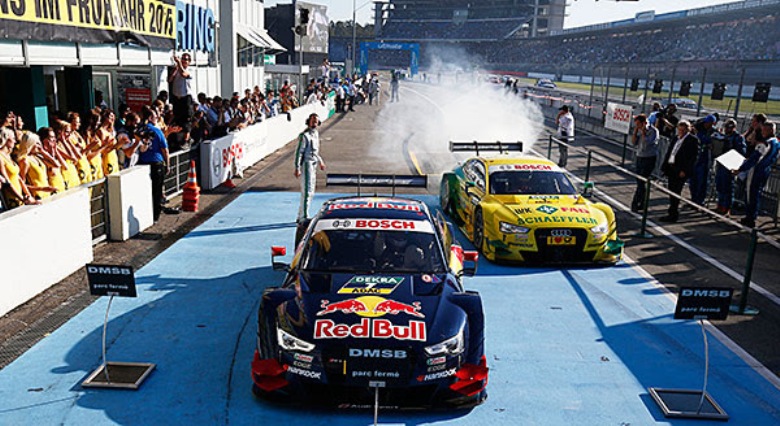 Audi is the best manufacturer in the 2014 DTM. With a one-two-three victory in the finale at Hockenheim the brand with the four rings in front of 155,000 spectators (throughout the weekend) managed to recover the title in the manufacturers? championship from BMW.

The squad around Head of Audi Motorsport Dr. Wolfgang Ullrich and Dieter Gass, Head of DTM at Audi Sport, with an impressive performance in the finale, converted a deficit of 21 points into an advantage of 30 points. In the 2014 season, Audi scored a total of 409 points, BMW 379 and Mercedes-Benz 222. One of the first people to extend their congratulations was soccer world champion Bastian Schweinsteiger, who watched DTM finale in the Audi pits.

?Today Audi showed ?Vorsprung durch Technik?: before the start of the race with the driverless RS 7 and in the DTM finale with a one-two-three victory,? said Dieter Gass. ?Our aim this weekend was to win the manufacturers? championship. And in the end we clearly decided it in Audi?s favor ? not least thanks to a brilliant team performance. That drivers from all three Audi Sport Teams mounted the podium today speaks a clear language. On this weekend everyone could see how strong the Audi RS 5 DTM is. 15 in 30 possible podium places this year are an impressive tally. Congratulations also to Mattias (Ekström) and Mike (Rockenfeller) on taking the runner-up?s spot and third place in the drivers? championship. We?re already looking forward to 2015 when we?re aiming to recover car number 1 as well.?

The race winner Mattias Ekström, just like Mike Rockenfeller, started on the harder standard tires and thus had the right strategy. The two maintained their positions in the top ten throughout, and in the final stage, after switching to the softer option tires, were able to make up one position after another. Favored by a late safety car period, Ekström and Rockenfeller managed to intercept Jamie Green, who had been leading from the starting lap on, on the last two laps.

?My Audi was again fantastic today,? beamed Mattias Ekström following his second victory in the space of just three weeks. ?Ever since things have been going better in qualifying, the races have been working out as well. This was a great season finale for Audi, Team Abt Sportsline and also for me in front of a fantastic crowd. You can?t wish for a better farewell before the winter break.?

Even before the start of the DTM finale, Audi caused a sensation. A driverless Audi RS 7 piloted driving concept did a fast lap on the DTM race track ? without a driver. On track with a driver was the new Audi TT cup that will be fielded in 2015 as part of the DTM. At the wheel was Prof. Dr. Ulrich Hackenberg, Member of Audi?s Management Board for Technical Development, who after the race joined Chairman of the Management Board Rupert Stadler and the entire Audi DTM squad in celebrating the win of the manufacturer?s championship.