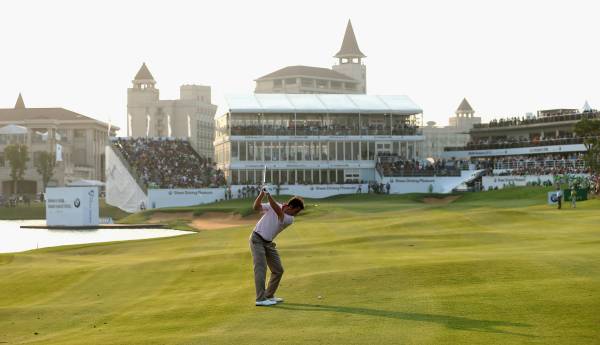 Europe’s Ryder Cup stars will be out in force when the eagerly anticipated BMW Masters tournament gets under way at Lake Malaren Golf Club, Shanghai next week (October 28 – November 2). A place in the 78-man field for the BMW Masters with a prize fund of 7 million US dollars has fast become one of the most coveted in golf. The event kick-starts the European Tour’s ‘Final Series’ – four prestigious events culminating in the season finale in Dubai.

“The BMW Masters has quickly earned great significance on the European Tour. With a world-class field, a sizeable prize fund and a splendid venue in Lake Malaren Golf Club, the BMW Masters is a highlight in the Asian golfing calendar and attracts global attention,” said Thorsten Mattig, Head of Sports Marketing and Brand Cooperations BMW. “The BMW Masters in one of our most important markets plays a major role in our global golf strategy. We are delighted to be able to present our customers and spectators with the highest standard of golf experience.”

While Europe’s Ryder Cup team forged unbreakable bonds in the victory over the United States at Gleneagles, as individuals they can be expected to fight like Tasmanian devils when it comes to competing for the BMW Masters. No quarter will be given, none will be expected.

Among those playing will be Justin Rose, Henrik Stenson, Ian Poulter, Graeme McDowell, Victor Dubuisson, Thomas Bjorn, Stephen Gallacher, and Jamie Donaldson, the man who secured the winning point for Europe in what was a resounding victory. Joining them will be Paul McGinley, the captain, and two of his vice-captains, Míguel Ángel Jiménez and Jose María Olazábal. Also in the field are four-times Major winner Ernie Els and Americans Ryan Palmer and Chris Kirk, who finished runner-up in the 2014 FedExCup.

McDowell, who won all three of his matches at Gleneagles, is now turning his renowned focus towards Shanghai. “The Final Series has really turned into an exciting end to the European Tour season and the BMW Masters is a massive event to kick it off,” said the former US Open champion. “Ever since BMW took over the event three years ago, this part of the season has really evolved. They have done a fantastic job. The European Tour has restructured the end of season to have four big events in a row and there is no better place to start than at Lake Malaren.”

As well as the established stars, there will also be a chance to see a number of China’s up-and-coming players. Among them will be 19-year-old Li Haotong, who won the China Masters this year and thus became the youngest champion in the history of the One Asia Tour. He is one of a plethora of young Chinese players for whom great things are expected.

“There are some players coming through and showing they have great potential,” said Bjorn. “The BMW Masters provides them with more opportunities. There are so many brands involved in golf, but BMW throws so much behind it. We are grateful to have them on board.”

Ernie Els has experienced all the game has to offer. He has won two Open Championships and two US Opens and he knows quality when he sees it. And that is why he so enjoys playing tournaments under the BMW banner. “I have played many BMW events over the years and they are all organised in such a wonderful fashion,” he says. “They really have become the premium events around the world, not only from a player’s point of view, but from a spectator’s standpoint. BMW does things a little differently – and it works very well.”

With such strength in depth it is virtually impossible to pick a winner. What can be guaranteed, however, is that defending champion Gonzalo Fernández-Castaño will be a hard man to beat. The Spaniard has twice won BMW events in Shanghai – the BMW Asian Open in 2006 and the BMW Masters in 2013 – and is hoping to make it a hat-trick of titles. “I’ve had two BMW victories in Shanghai and have twice finished runner-up at the China Open,” he said. “I don’t know why, but for some reason I play well there. On top of that, to win the first ever Race to Dubai ‘Final Series’ event (the 2013 BMW Masters) makes me very proud. It’s probably my biggest golfing achievement.”