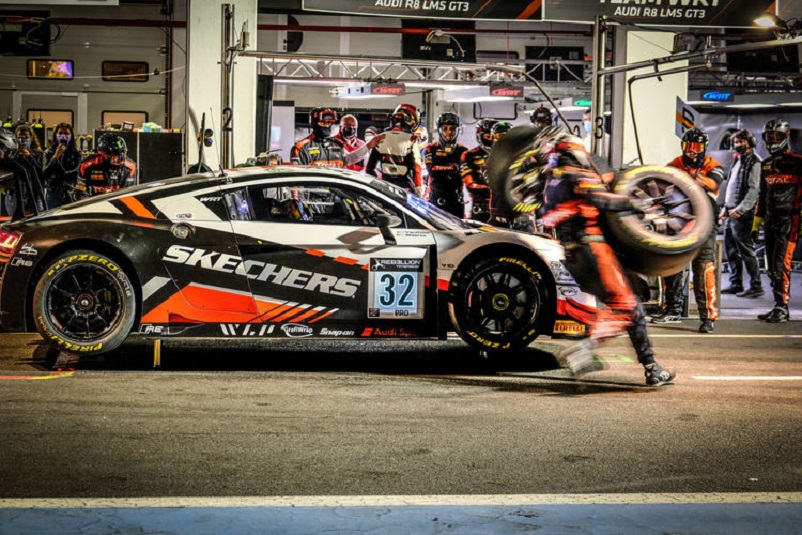 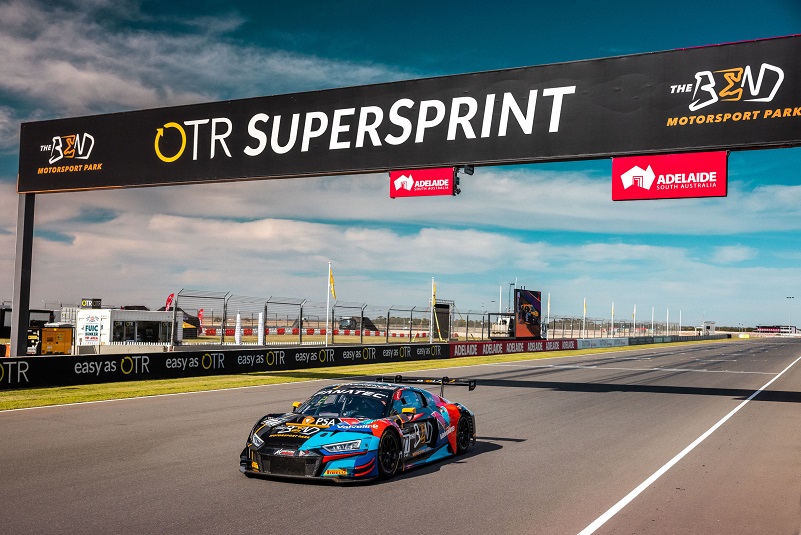 In as many as two regional championships of promoter SRO’s GT World Challenge, two teams from Audi Sport customer racing celebrated victories and the lead of the standings with the GT3 version of the Audi R8 LMS. The GT4 version and the Audi RS 3 LMS also contributed numerous successes to a weekend balance that was broadly diversified in terms of sports and geography.

After Charles Weerts, at 20 years of age the youngest Audi Sport driver, set the fastest time in qualifying at Magny-Cours, he and his Belgian compatriot won the first race in darkness on Saturday by 6.4 seconds. The fastest pit stop of the race by Team WRT and the fastest race lap by Vanthoor after the driver change in the second half of the race underlined the strong team performance.

In the second 60-minute race on Sunday, second place was enough for last year’s champions Vanthoor and Weerts to stay at the top of the standings. After the first of five sprint events, they have a twelve-point lead in the drivers standings. Team WRT leads the teams standings as the best of eleven teams with a 7.5-point advantage.

Shahin, whose family runs the circuit, and professional driver Tander, the 2019 Australian GT Endurance Champion, built up a lead of more than 16 seconds in the first race in the Pro-Am class. Second place went to Tony Bates/Dylan O’Keeffe in another Audi R8 LMS. Shahin/Tander won the second sprint with a five-and-a-half-second advantage despite a time penalty.

In the championship standings, both increased their gap as leaders from 17 to 37 points. In the two other classes of the race series, Audi customers Arthur Abrahams, Eric Constantinidis, Bill Papas, Mark Rosser, Brad Schumacher, Matt Stoupas and Greg Taylor recorded a total of seven further podium successes with the R8 LMS. The most successful was Brad Schumacher, who extended his lead in the GT Trophy standings to 25 points with his class win.

Victory in Norway: The Norwegian GT race series featured an Audi R8 LMS for the first time. Local race driver Wiggo Dalmo won the first sprint with a ten-second advantage on the Vålerbanen circuit in the inaugural event. In the second race, he finished in second place.

Podium finish in the Slovak Republic: Petr Kacirek clinched a trophy for Team Duck Racing in the second round of the Eset Cup. The Czech crossed the finish line in third place in the GT3 class in the Audi R8 LMS in the second sprint race at the Slovakiaring.

Three trophies in China: The Audi customer team YC Racing started the new GT Super Sprint Challenge race series at Shanghai with a good result. Ray Wu from China in the team’s Audi R8 LMS improved from fourth on the grid to second position in the Am Masters class in the first race. In the second race, Xing Yanbin in another Audi R8 LMS overtook his compatriot on the last lap. As a result, he finished second in the Am Masters class ahead of Wu.

Class success in the Eifel: Team GITI Tire Motorsport by WS Racing was the only participant and won the SP8 classification in the qualifying race at the Nürburgring. The two regular drivers Carrie Schreiner and Célia Martin received support from Laura Kraihamer and Fabienne Wohlwend in the Audi R8 LMS GT4. On the first weekend in June, the team will contest the Nürburgring 24 Hours with all-female power: All of the team’s workforce from engineering to management and driver squad are female.

Leading the TCR Europe standings: Team Comtoyou Racing made a strong start to the 2021 season after winning last year’s TCR Europe championship title. Tom Coronel captured the first pole position in the Audi RS 3 LMS at the Slovakiaring but lost a place at the start. Later, the Dutchman dropped back another three positions. Belgian Nicolas Baert, who started from third place, passed Coronel in another Audi RS 3 LMS fielded by Comtoyou Racing on the fourth lap. Last year’s rookie champion did not relinquish his second place until the finish. In qualifying and in both sprints, Comtoyou Racing collected a total of 113 points as the best of nine teams and thus has a nine-point advantage.

Overall victory in South America: Team IMPA Motors Racing won the opening round of the Campeonato Gaúcho de Super Turismo at the Autódromo de Guaporé in Brazil. In a mixed field of 30 touring cars, GT models and prototypes, Arthur Caleffi/Junior Victorette in the Audi RS 3 LMS established an advantage of 0.473 seconds over the course of two hours of racing.

Class victory in Belgium: At the opening round of the Belcar Endurance Championship, the QSR Racing School team was delighted with a class win. Joël Uylenbroeck won the TA class in the Audi RS 3 LMS at Zolder after 388 kilometers of racing with a one-lap advantage.

TCR victory at the Slovakiaring: In the second round of the Eset Cup, Team BTC Maszyny from Poland won the TCR classification in the endurance race. Bartosz Groszek achieved this success at the wheel of an Audi RS 3 LMS.

From seventh on the grid to the podium: On the second weekend of the Italian club sport racing series Coppa Italia Turismo Carlotta Fedeli managed a remarkable recovery in the first sprint. The 29-year-old driver had started seventh in the Audi RS 3 LMS fielded by RC Motorsport at Imola. In the course of just 25 minutes of racing, the Roman advanced to second place in a field of 17 competitors with a strong field.

Third place at the start of the season: Team Huffsport TM was the best of three Audi customer teams at the TCR China opener in Shanghai. Yang Xi led the second sprint race as the best amateur driver in the Audi RS 3 LMS until the penultimate lap. It was only on the last lap that two Pro drivers overtook him, but the Chinese still won the Am classification in third place overall.