Home 2021 WTCR Race of Portugal switches to Estoril for 2021 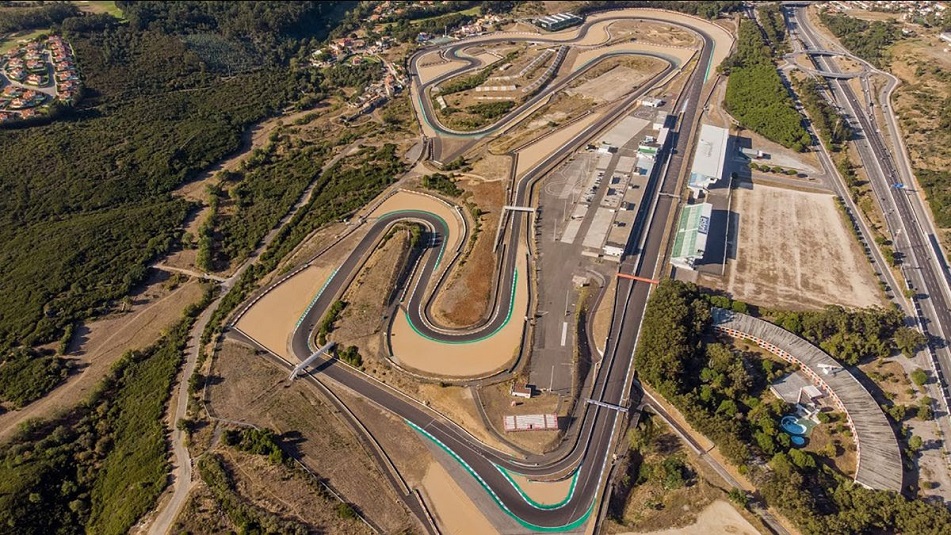 WTCR Race of Portugal, the planned second event of the 2021 WTCR − FIA World Touring Car Cup season, will switch from Vila Real to Circuito do Estoril on the unchanged date of June 26-27.

A venue steeped in history and with an exciting circuit layout to match, Estoril is the new home of Portugal’s WTCR weekend for 2021 in response to government restrictions concerning mass gatherings at single locations that are due to remain in place until August.

These restrictions, the result of the COVID-19 pandemic, have made staging WTCR Race of Portugal on the famous Vila Real street circuit − where spectator numbers cannot be controlled due to the track’s compact urban setting − not possible in 2021.

However, Eurosport Events, the WTCR promoter, is delighted to announce a new three-year agreement for Vila Real to host WTCR Race of Portugal from 2022.

To minimise disruption to WTCR stakeholders, including teams, suppliers and broadcasters, the original date of WTCR Race of Portugal, June 26-27, remains unchanged.

Existing Estoril partnership extended
Eurosport Events has forged a close and successful partnership with the management team at Circuito do Estoril. The venue, which is located some 35 kilometres from the Portuguese capital Lisbon, is host to the 12 Hours of Estoril, a round of the FIM Endurance World Championship for motorbikes, which Eurosport Events also promotes.

When it became apparent that WTCR Race of Portugal could not be held in Vila Real this season, an agreement between Eurosport Events and Circuito do Estoril was quickly reached. The change of venues was subsequently approved by the FIA, world motorsport’s governing body, and FPAK, the Portuguese ASN and means Estoril will host two race weekends promoted by Eurosport Events in the space of three weeks with the 12 Hours of Estoril scheduled for July 16-17.

François Ribeiro, Head of Eurosport Events, said: “The priority was always to maintain WTCR Race of Portugal on the 2021 calendar. While it’s a great shame that we won’t enjoy Vila Real’s warm welcome for a second season due to the COVID-19 pandemic, in Circuito do Estoril we can count on an excellent facility with a reputation for great racing and a great team of people to work with, just like we do in Vila Real. We thank the FIA and FPAK for accommodating the change of venues on the same date and we send every good wish to the people of Vila Real, who we look forward to meeting again next season when we start our new three-year agreement thanks to the continued enthusiasm and support of Mayor Santos.”

António Lima, President, Motor Clube do Estoril, said: “For Motor Clube do Estoril it is with great satisfaction that we receive a WTCR round at Estoril Circuit. When we started conversations with Eurosport Events, we were able to change our calendar to accommodate this prestigious race. We believe that the layout of the mythical Estoril Circuit, the amazing region of Cascais and the organisational capacity of the Motor Clube do Estoril are the guarantee that this will be a memorable event. I would like to express my thanks to FPAK and Estoril Circuit for the support in carrying out this event and to Eurosport Events for their trust and leave the guarantee that the Estoril Circuit will always be available to receive them. I take this opportunity to congratulate the Vila Real Circuit for the new three-year agreement to host WTCR Race of Portugal from 2022. To the whole WTCR family, welcome to the Estoril Circuit, enjoy this region and have fun!”

Rui Santos, Mayor of Vila Real, said: “Unfortunately, for the second consecutive year, Vila Real will not be able to welcome WTCR and enjoy the status as the national capital of motorsport. It is particularly sad for us since we are celebrating 90 years since the first races took place in Vila Real, in 1931. But we have to be pragmatic and realise that, what makes our circuit unique, is the proximity of the public, free access, conviviality and environment, which is not compatible with the world health crisis we are experiencing. Despite this, we are very happy to have agreed with Eurosport Events the return of WTCR for the next three years, starting in 2022. We will only formalise this partnership after the municipal elections, scheduled for September, so as not to condition whoever wins those elections, but it is a great satisfaction to realise that, in such a few years, Vila Real has established itself in world motorsport and has shown itself to be a desirable and exciting circuit. In any case, we wish the 2021 WTCR Race of Portugal, in Estoril, will be a huge success.”

Five Estoril facts
1: Circuit opened in 1972 and staged its first Formula One grand prix in 1984 with Ayrton Senna claiming his maiden Formula One victory there the following season.
2: Measuring 4.182 kilometres in length, the track features 13 corners and a start/finish straight 986.5 metres long.
3: Estoril is no stranger to FIA World Touring Car racing having hosted WTCC Race of Portugal in 2008. Home hero Tiago Monteiro was a hugely popular winner in the second of two races.
4: As well as being an established car-racing venue, MotoGP and EWC races have been staged at Circuito do Estoril with the EWC returning in 2020.
5: Stages of Rally de Portugal, a round of the FIA World Rally Championship, have been held at Estoril in the past.