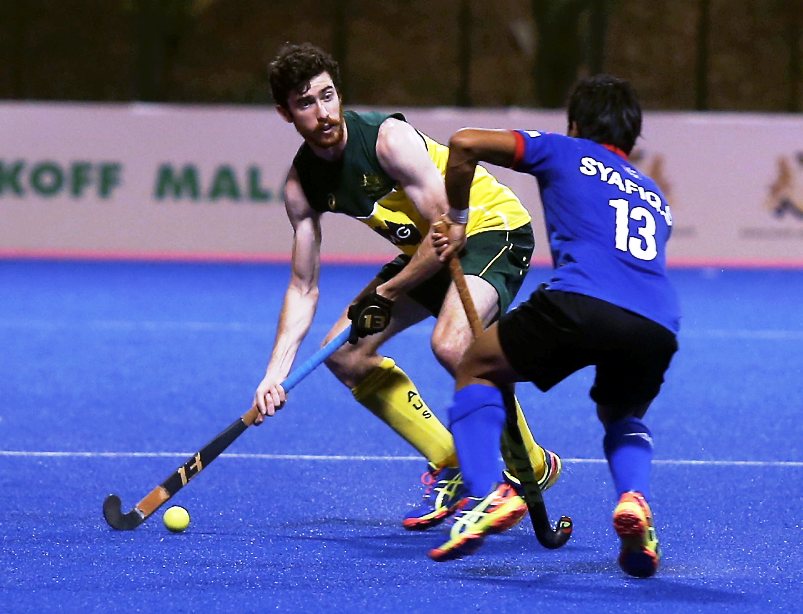 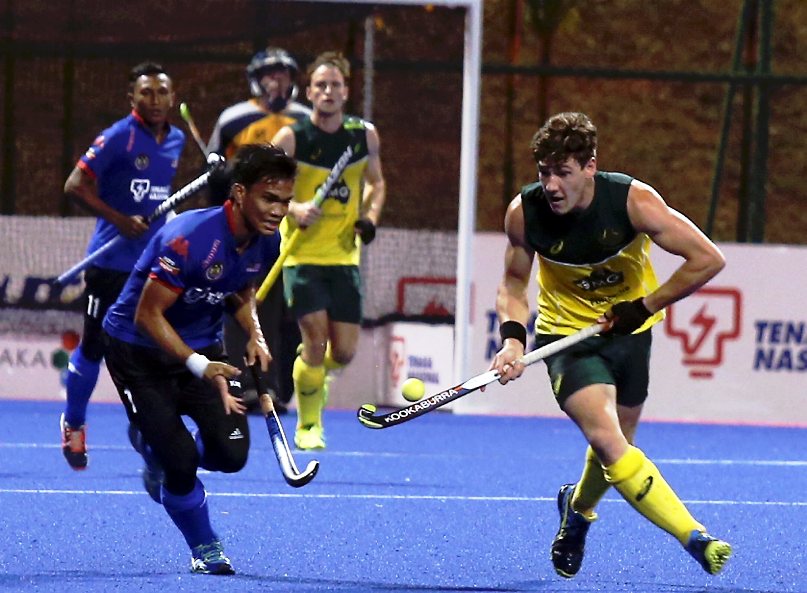 # Improved performance not good enough for a win for Malaysia

Australia broke the hearts of Malaysia with a late equaliser for a 2-2 draw in the Sultan of Johor Cup Under-21 Invitational tournament at the Taman Daya Hockey Stadium in Johor Bahru on Tuesday.

Kiran Arunasalam robbed a Malaysian defender of the ball and found the top corner on 66 minutes. Until then Malaysia were headed for a win but could not keep the Australians at bay when it mattered most.

Malaysia face a tough match against Pakistan on Wednesday and it will be an uphill task for Wallace Tan’s players. Earlier, Pakistan came back from 2-0 down to share the spoils against England.

England had beaten Malaysia 3-1 in their first match on Monday.

“Today was better that yesterday  but must look to improve more in the future. I think the equaliser came from a high flick where the attacker was less than five yards, but we should have snatched the points nevertheless,” said Malaysia coach Wallace Tan after the match.

“Pakistan will be another tough match. I didn’t see them play but if they can comeback against England to draw, I believe they have a good side. Pakistan are technically good and plus their tremendous spirit.”

Australia attacked more and had three penalty corners in the first half but could not find a way past Zaimi Mat Deris, who was given a start in place of Ridzwan Azmi.

The Malaysian custodian was named the Man of the Match for his performance between the posts.

Malaysia started the second half aggresive and broke the deadlock through Aiman Nik Rozemi who flicked the ball past Ashleigh Thomas in the 39th minute.

Undeterred Australia, however, pulled level from their fourth penalty corner of the night as Tom Craig scored in the 58th minute, only for Malaysia to take the lead again through Zulhamizam Awang Abas.

Then came the crushing blow from Kiran four minutes before time.

Australia coach Ben Bishop was disappointed to go down twice during the match after failing to capitalise with opportunities that came their way in the first half.

“We must improve the finishing. It’s always good to play our neighbours New Zealand in the next game but we have to very cautious. Surely, they are out to bounce back after two defeats,” said Bishop.