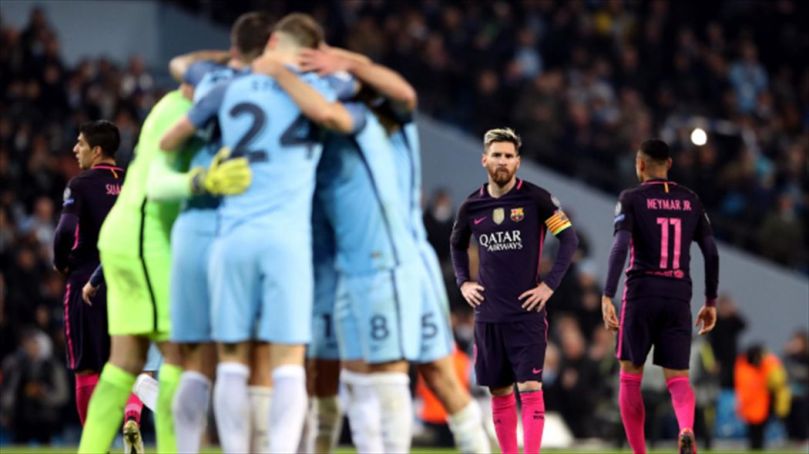 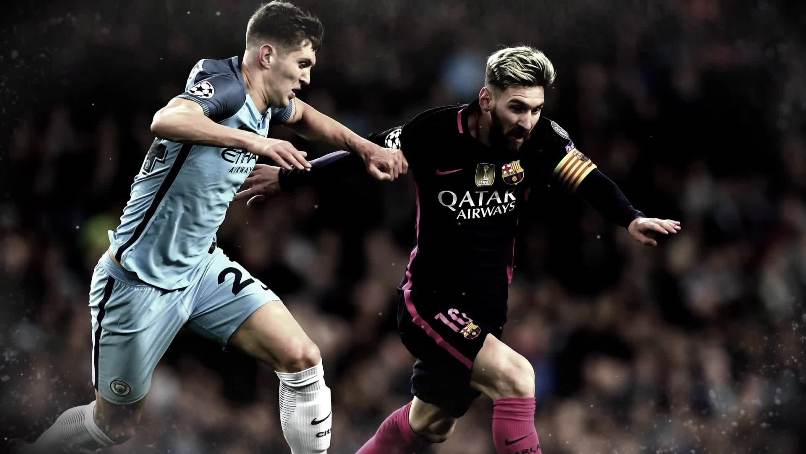 City lost the reverse fixture 4-0 two weeks ago, during a run of six games without a win, and fell behind in the 21st minute of Tuesday’s game to a stunning breakaway goal by Lionel Messi.

But Ilkay Gundogan’s brace and a Kevin De Bruyne free-kick earned City a stunning Group C victory that Guardiola hopes will arm them for future contests in Europe’s elite competition.

“When one club like Manchester City is 25 years without being in Europe, you don’t have history,” the City manager told reporters at the Etihad Stadium.

“History means when you face the big teams, you have the consistency to fight face-to-face.

Barcelona briefly threatened to run riot after Messi’s goal, only for Sergi Roberto’s overhit pass to allow Raheem Sterling to tee up Gundogan for a 39th-minute equaliser.

De Bruyne’s free-kick early in the second half put City ahead and with Barcelona unable to handle the intensity of their pressing, they struck again through Gundogan to seal victory in the 74th minute.

While Guardiola was thrilled by his side’s victory, which left them two points below leaders Barcelona in Group C, he said their guerilla tactics were not suited to long-term success.

“The (first) 38 minutes (shows) we cannot compete with the best teams in the world,” he said.

“This club was 25, 30 years out of Europe. These kind of clubs — Barcelona, Real Madrid, Bayern Munich and so on — are playing ever year. They were at home.

“You need time. I know people don’t have time. I think the club gives us time. But maybe today is a good step to say once in our lives we play against the best team and we compete against them.

“Maybe in a different way. We play more long balls. Because still now we are not ready to keep the ball.

“We are not ready. Because they are 25 years playing that way, we are three or four months. Sometimes we have to compete a little bit in a different way.

“Of course now they realise, ‘Wow, we (beat) the best team,’ so we are able to do that.

“For future generations, they’re going to realise, ‘Wow, these guys were able to beat the best team and we have to do it again.'”

The win, City’s first against Barcelona after five straight defeats, means they can secure a place in the last 16 with victory at Borussia Moenchengladbach in their penultimate game.

“Our victory today is so important and of course now we have one more game to win to go in February,” Guardiola said.

“The fact Gladbach have drawn (against Celtic) gives us some breathing space. We are lucky that if we get through, we will not get Barca in the next round.”

Beaten manager Luis Enrique, Guardiola’s former Barcelona team-mate, was unable to explain his team’s capitulation after what he said was “one of the best 40 minutes we have played”.

“I’ve not got an explanation. I don’t know if you believe me. There’s no explanation for this,” said the Spaniard, who led Barca to their fifth European crown in 2015.

“This is a game where factors change things. Sometimes it’s not tactical.”

Barcelona were missing first-team players Gerard Pique, Jordi Alba and captain Andres Iniesta, among others, but Luis Enrique said their absences had not been a factor.

On his team’s mistakes, he said: “They’re normal things that happen in the game. When you play so well for the first 40 minutes, if after things don’t go to plan, it’s a strange feeling.

“But (City) played very well, pressured aggressively and provoked more errors from us than we did from them.” – Agence France-Presse