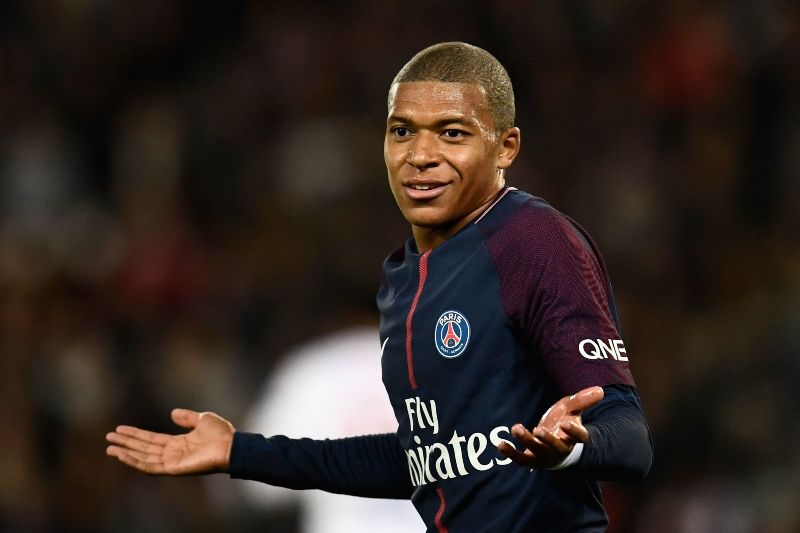 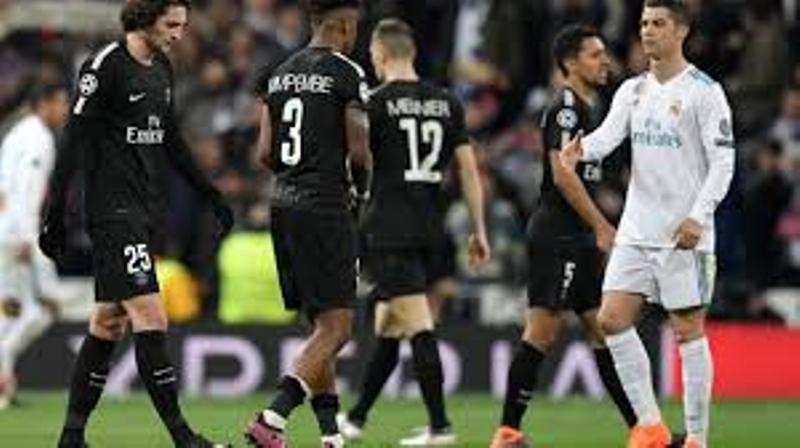 It is not so long ago that Kylian Mbappe idolised Cristiano Ronaldo. Now the 19-year-old is hoping to lead Paris Saint-Germain to a famous victory over the Portuguese star and Real Madrid on Tuesday.

Mbappe was outshone by Ronaldo in the sides’ Champions League last 16, first leg last month, with the world player of the year scoring twice as Madrid won 3-1 at the Santiago Bernabeu.

The teenager has since seen Neymar succumb to a foot injury, meaning PSG will have to settle for just the second most expensive player on the planet in their attack for the Parc des Princes rematch.

While the Brazilian recovers from an operation in his home country, the expectation on Mbappe becomes greater. But there is no evidence that he will wilt under the added pressure.

After all, he took his 180 million-euro ($215 million) price tag in his stride when he moved to Paris from Monaco last August.

There is an intelligence beyond his years that is immediately apparent when Mbappe speaks to the media, as well as when he plays.

“The little guy is clever and that, for me, is the sign of a bloke who can go far,” Thierry Henry, to whom he has been compared, told Canal+ last year.

That was just as Mbappe’s career was taking off, but everything has happened very quickly for him in the last 12 months.

Mbappe has won a Ligue 1 title and been to a Champions League semi-final with Monaco. He has reached 10 caps for France and turned down a move to Real.

“There were a lot of rumours about my transfer and it is true that I spoke to Real, but that is in the past now,” he told Spanish sports daily Marca in December about his decision to join PSG instead.

Despite the draw of playing for Zinedine Zidane, and alongside Ronaldo, Mbappe — from the Paris suburbs — preferred to join his local team.

“It is like a kid from Madrid having the choice between playing for Real and wearing the colours of another team,” he said.

Mbappe was also said to be concerned about not being a regular in the Real team, with the ‘BBC’ of Gareth Bale, Karim Benzema and Ronaldo seemingly immoveable.

His transfer to Paris certainly does not seem to be harming his development, although he must have thought long and hard before turning down Real.

He had already been courted by the Spanish club, being shown around their training ground on Zidane’s initiative in 2012 having just turned 14.

He wanted to stay in French football, then, and so chose Monaco. Nevertheless, having once plastered his bedroom wall with posters of Ronaldo, he could not miss the chance to grab a selfie with his hero.

But Mbappe, scorer of 16 goals for PSG this season, is no longer in awe of the five-time Ballon d’Or winner.

“He was one of my idols as a child and it was nice to meet him when I visited Valdebebas. I loved him when I was little but that is finished,” he said.

Mbappe has already scored 10 Champions League goals, becoming the youngest player to reach the landmark by doing so before his 19th birthday.

Now 33, ‘CR7’ reached 100 Champions League goals for Real when he scored twice against PSG last month — he has now reached double figures in the competition in seven straight seasons.

Ronaldo made his professional debut in a Champions League qualifier for Sporting Lisbon in August 2002, aged 17. Yet, he took 30 games to score his first goal in the competition, for Manchester United against Roma in 2007.

Ronaldo is the undisputed master, but the speed of Mbappe’s rise has been frightening. Helping PSG eliminate his former hero from his favourite competition would just about top the lot. – Agence France-Presse