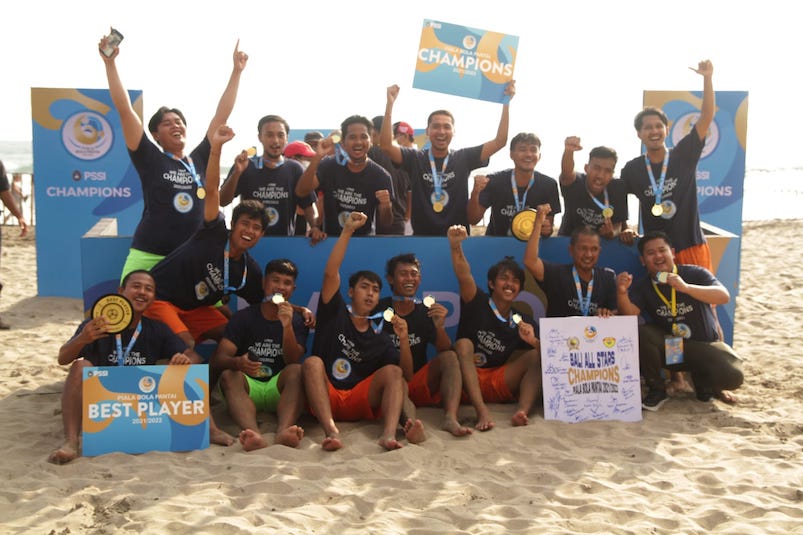 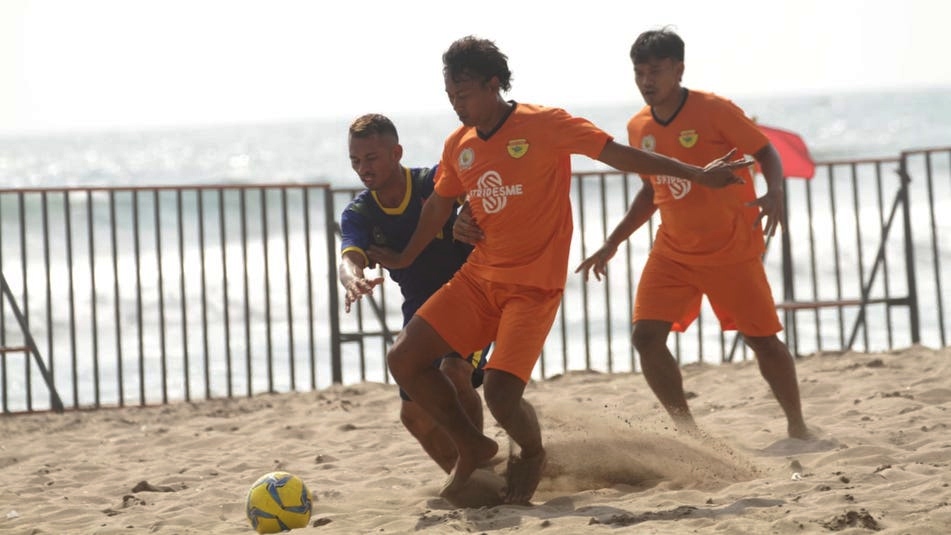 Bali B have been crowned champions of the 2021/2022 Indonesia Beach Soccer Cup.

This follows the perfect record that was set by Bali B who maintained scored three wins from three matches played at the Legian Beach Field in Bali.

Bali B had started their campaign with an 8-0 win over Yogyakarta before smashing Bali A 9-5 in their second game.

They then completed their fixtures with a 6-2 victory over East Nusa Tenggara (NTT) to win the crown.

“It is a great feeling to win (the title). Previously, we had only taken part in provincial competitions which we did not do well.

Added Bali B’s Angga Pratama Wicaksana, who was selected as the Best Player of the Tournament: “the win was a result of a lot of hard work. I dedicate this win (the Cup and also the Best Player Award) to my parents, the coaching staff and officials.”