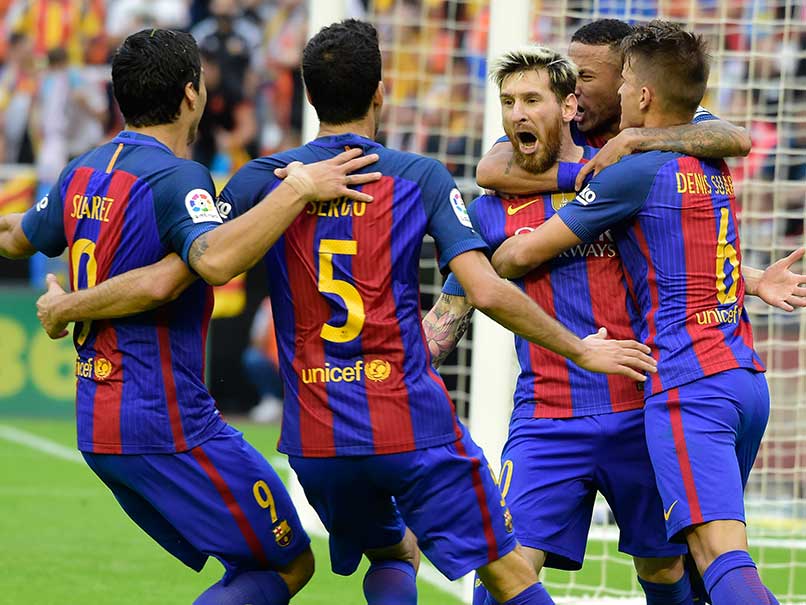 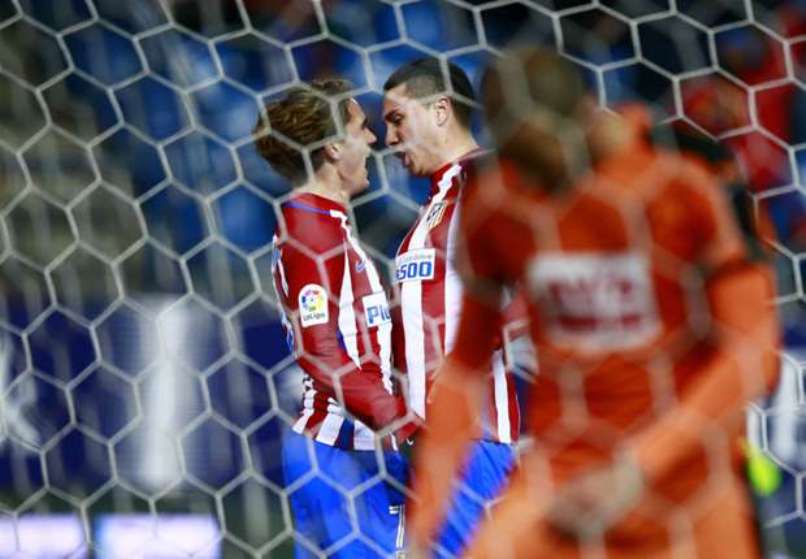 Atletico Madrid also took a huge step towards the semi-finals as goals from Antoine Griezmann, Angel Correa and Kevin Gameiro downed an under-strength Eibar 3-0 at the Vicente Calderon.

Barca hadn’t won in their last eight meetings at Anoeta with coach Luis Enrique describing their 1-1 draw back in November as “almost a miracle” given how his side had been outplayed.

However, the Catalans continued signs of their return to form in a bright start that was rewarded when Neymar was clearly upended by Aritz Elustondo 20 minutes in.

Just as in the last round, Lionel Messi handed over responsibility from the spot to the Brazilian and he sent Geronimo Rulli the wrong way.

“It is always difficult to play at Anoeta and against Real Sociedad, but I think it was a complete performance,” Enrique told GolTV.

“We were very solid in defensive and efficient in attack.

“No matter the result we have gained, the return leg always presents difficulties but for us it is a good result and very good news.”

Neymar should have added to Barca’s lead early in the second-half when he took a poor touch with just Rulli to beat.

And Neymar came close again moments later when he curled just wide of the far post from a lovely Messi backheel.

Sociedad enjoyed plenty of possession, but failed to break down the Barca defence as a dangerous cross from Yuri that just had too much pace for Mikel Oyarzabal at the far post was the closest they came.

Indeed, the hosts were fortunate not to concede a second penalty when Neymar was booked for diving 25 minutes from time despite Rulli appearing to clip his heels as the Barca forward rounded the ‘keeper.

The two sides meet again for the second leg at Barca’s Camp Nou on January 26.

Despite largely empty stands amidst freezing temperatures in the Spanish capital, Atletico made light work of an Eibar side shorn of many of their usual starting line-up to ensure the return leg should be a mere formality.

“It was difficult in the first-half but you could see the chances would come if we were a bit more precise and that happened in the second-half,” said Atletico boss Diego Simeone.

The hosts had the ball in the net on 25 minutes, but Stefan Savic was harshly adjudged to have been offside as he slotted home from close range.

However, Atletico had to wait only three minutes more to open the scoring when Jose Maria Gimenez beat Rodriguez to a free-kick lofted into the area and Griezmann headed the Uruguayan’s knockdown into an empty net.

Rodriguez nearly redeemed himself in the second-half when Yannick Carrasco bore down on goal, but despite saving the Belgian’s effort, the ball fell kindly for Correa to tap home the rebound.

Seven minutes later Atletico killed the tie off when Griezmann headed across goal from Koke’s corner and the grateful Gameiro was left unmarked to nod home. – Agence France-Presse