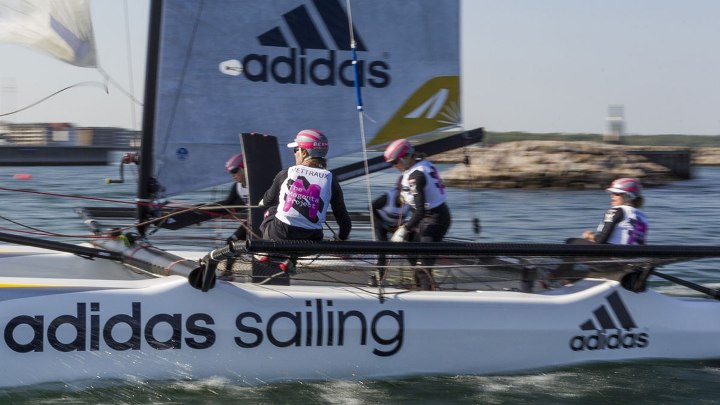 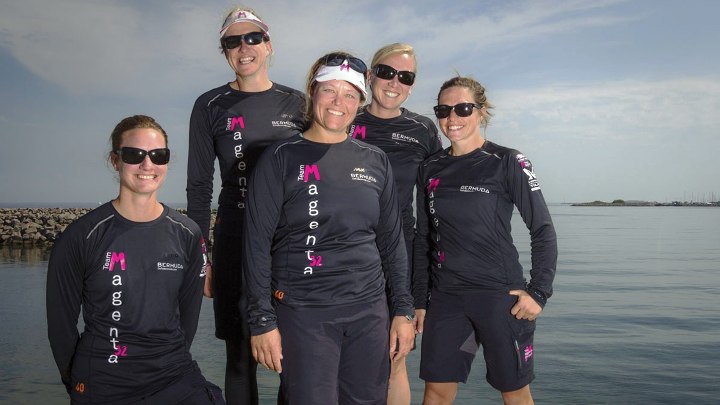 After wowing the spectators in Copenhagen last week, Sally Barkow and her all-female team on Team Magenta 32 are looking forward to a big reception on home waters for the World Match Racing Tour Newport.

Newport, Rhode Island, boasts a long history of match racing like no other venue in the world, so it’s fitting that 20 of the highest-calibre skippers are flying in from every corner of the globe to compete in this six-day battle for match racing supremacy in the USA’s most celebrated sailing city.

Newport may only have a population of 25,000, but this place is sailing crazy and the international crews can expect a big reception when they start racing on Monday 30 May. Local fans will perhaps save their biggest cheers for current Tour leaders Taylor Canfield and his crew on US One, victors of the last two events in Copenhagen and California.

Or maybe for Chris Poole from Falmouth, Maine, who  with his Riptide Racing crew is competing in the Qualifier event and is building up to racing in his first ever Tour event. Or, to judge by the whoops of the spectators in Copenhagen, it could be that Wisconsin’s Sally Barkow and her girls on Team Magenta 32 draw the biggest applause.

Barkow came within a hair’s breadth of beating Canfield in their Quarter Final match in Copenhagen, and the former Olympian and Volvo Ocean Race veteran says the support of the Danish crowd really gave her a shot in the arm. She’s looking forward to even bigger support on home waters.

“I’ve raced in Newport a few times and it’s a really great community that absolutely loves sailing,” she said. “Last year we were there for the Volvo Ocean Race and had a lot of support from everybody there. When we came off the water in Copenhagen it was really cool to get that support and it’s something I haven’t felt before.

“Even coming off the Volvo or the Olympics, it’s a very different vibe on the Tour. It feels like you’re part of a real sport, and I think there is a change in the atmosphere about how people are viewing sailing. We had so much [spectator] support for the Volvo, but this action on the M32 race course is so much more intense that people emotionally attach with it and when you come ashore they really can’t help but share their emotions with you. I can’t wait to feel that in Newport.”

This is the first year that the World Match Racing Tour is being staged in high-speed M32 catamarans, which have revolutionised the game dramatically. It’s a bold new format, with reaching starts demanding split-second timing and course boundaries that have changed the rules and priorities of boat-on-boat tactics and race strategy.

The World Match Racing Tour is hosting the event in partnership with Sail Newport, the city’s leading public sailing facility established more than 30 years ago and which has been instrumental in maintaining Newport’s international profile in the sailing world. Sail Newport’s director Brad Read predicts a big week for the Tour and a great show for fans and spectators.

“Fort Adams State Park is a stunning venue offering a natural amphitheater for on-the-water stadium racing,” said Read. “World Match Racing Tour Newport will offer great spectator entertainment. Admission is free, there’s free parking, food, family activities and live play-by-play and commentary. And Sail Newport is running Try Sailing! opportunities all week for anyone that wants to experience sailing and see the WMRT action from the water. We’ve made sure that, whoever you are and however much or little you know about sailing, you’re going to have a great time when you come to World Match Racing Tour Newport.”

Barkow is looking forward to competing on the close-to-shore race course, which will be set between Fort Adams and Goat Island. “It’s going to be a really good race track off Fort Adams, hopefully tricky, a bit unpredictable with a variety of conditions to really test us and the other teams.”

Racing begins on Monday 30 May, with the live-televised Final set to take place from 2pm on Saturday 4 June.