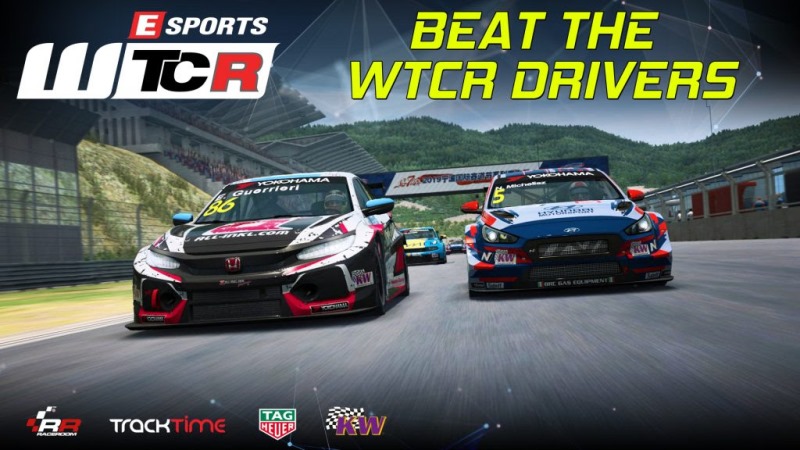 Simracers will be able to take on actual drivers from the WTCR – FIA World Touring Car Cup when a pre-season Esports WTCR series begins today (25 March).

WTCR promoter Eurosport Events and long-term esports partner RaceRoom have launched a four-round contest with real WTCR racers competing in each event, including the original gamer-turned-racer and current King of WTCR, Norbert Michelisz.

A prelude to the full Esports WTCR online championship due to begin later this year, the pre-season series lists TrackTime, TAG Heuer and KW Suspensions as partners with a TAG Heuer watch going to the champion.

What’s in store?
Scheduled to give WTCR drivers the chance to engage with fans while they wait the start of the 2020 WTCR season, delayed due to the coronavirus pandemic, the pre-season Esports WTCR series will feature four tracks from Esports WTCR 2019, cars and liveries from last season, while several WTCR drivers have signed up to take part (see entry list).

Drivers use Esports WTCR to keep sharp
Niels Langeveld, a podium finisher for Comtoyou Racing in the WTCR – FIA World Touring Car Cup last season and a prolific online racer, is one of those drivers. He said: “Esports simulator racing is getting more real and I practice a lot on it. I do competitions with esports and it also helps with braking points because when [the weather conditions change] you suddenly have to rely on all the experience you have in the simulator racing.”

Michelisz: The original gamer-turned-racer
Norbert Michelisz was so good at racing online that his fellow Hungarian Gábor Wéber, an established touring car racer, recommended him for a test at the Hungaroring in 2005. Despite being a total rookie, Michelisz ended up 0.2s slower than Wéber in a Zengő Motorsport Renault Clio. After winning the WTCR title in 2019 in a Hyundai i30 N TCR, Michelisz said: “A bit more than 10 years ago I was sitting at home dreaming about driving a racing car. But in our [family’s] position, at 18 I realised that probably I was not going to make it. But then I was invited for a test when I was 21. It was the first time for me driving a racing car because of my gaming results. Year by year I managed to climb a bit higher. Even coming from Hungary to get a works seat was something unbelievable, let alone winning races and being in a position to fight for a world title on two occasions.”

HOW TO FOLLOW THE ACTION
The server 1 races will be available at the WTCR’s official Facebook page and YouTube channel with James Kirk and Robert Wiesenmüller providing their expert commentary.
https://www.facebook.com/WorldTouringCarCup
https://www.youtube.com/channel/UC_hyZEj1aRrbDkbWnKWekZA 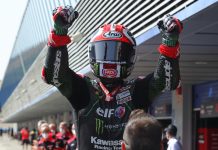