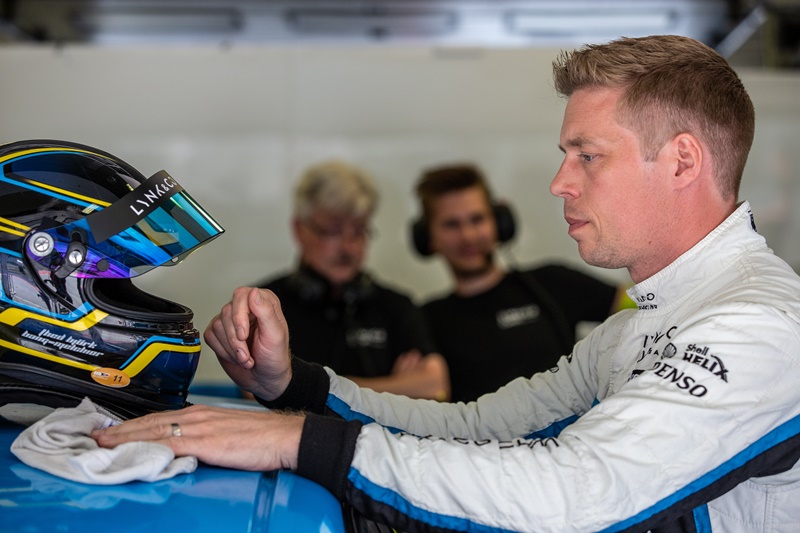 Thed Björk has been confirmed as a Lynk & Co-powered driver for a second WTCR − FIA World Touring Car Cup season.

Björk, 39, from Sweden, will compete under the Cyan Performance Lynk & Co banner at the wheel of a China-built Lynk & Co 03 TCR.

“We as a team had a great season in 2019 while I hoped for more personally,” said Björk, the 2017 FIA World Touring Car champion, who became the first driver to win an FIA world-level motor race in a Chinese car at WTCR Race of Morocco in April 2019. “To win the team title is still the main goal for the 2020 season and my personal goal is obviously to move forward in the drivers’ championship, to again fight for the title.”

“The few test days we were able to perform before the lockdown were really promising and fills me with confidence ahead of this season.”

Christian Dahl’s Cyan Racing organisation announced in March Yann Ehrlacher and Yvan Muller for its WTCR attack. A fourth driver will be revealed in due course after Andy Priaulx confirmed he would be stepping down from his role to devote more time to his son Sebastian’s own racing career. Click here to watch the video.

Legend Priaulx explains “heart-wrenching” decision to call time on WTCR adventure
Andy Priaulx has described his decision to switch his focus away from the WTCR − FIA World Touring Car Cup as “heart wrenching”.

The triple FIA World Touring Car champion had been expected to continue in the WTCR as part of the Lynk & Co-powered Cyan Performance line-up. However, he has decided to step down to focus his on his son Sebastian’s promising career.

“It was a tough call, a really heart-wrenching decision,” said the 45-year-old from Guernsey. “But sometimes less is more and I had to make a decision to try and be successful in other ways outside of the car, helping my son Sebastian with his commitments in the US.

“It’s not about retirement, but I didn’t want to be in a position where I was not being able to fully commit [to] what Cyan Racing is doing. The plan is to keep racing and Sebastian needs a lot of time for me to give his career the opportunity that I had and that my father gave me at the beginning of my career. But the situation with the corona pandemic and Sebastian’s US programme just made the situation impossible.

“I am really proud to have secured the first ever Chinese world title in motorsport with Lynk & Co Cyan Racing and I wish the team all the best. They have a really good shot at great results this year again and I hope that we will be back together somehow in the future.”

Although he won’t be racing for real in the WTCR, Priaulx will continue to compete in the Pre-season Esports WTCR Championship, which began at a virtual Salzburgring yesterday (Sunday).

Priaulx, the three-time winner of the FIA World Touring Car Championship, joined Cyan Performance Lynk & Co for the 2019 WTCR season with victory in Race 3 at WTCR Race of Macau last November the highlight.

Cyan CEO and founder Dahl said: “We are of course sad to see Andy go. We do, however, fully respect his decision and we will keep in touch with him for the future. We have begun our work to find a new driver for the coming season.”

Björk added: “I am sorry to see Andy go, we had a great cooperation last year, and I wish him the best for the future.”

Confirmation of fourth Lynk & Co-powered Cyan entry another boost for WTCR
The WTCR – FIA World Touring Car Cup has received another boost with confirmation that at least four Lynk & Co 03 TCRs will be on the grid in 2020.

Cyan Racing Lynk & Co announced in March that Yann Ehrlacher will partner his famous uncle Yvan Muller in WTCR 2020 in a two-car line-up.

Earlier today Cyan announced that Thed Björk will drive a third Lynk & Co 03 TCR in the upcoming WTCR season, while confirming that the search is underway to find a replacement for Andy Priaulx.

The three-time FIA World Touring Car champion has decided to call time on his WTCR career to focus on his son Sebastian’s career in sportscar racing. A statement from the Swedish outfit confirmed Priaulx’s replacement “will be announced in due course”.