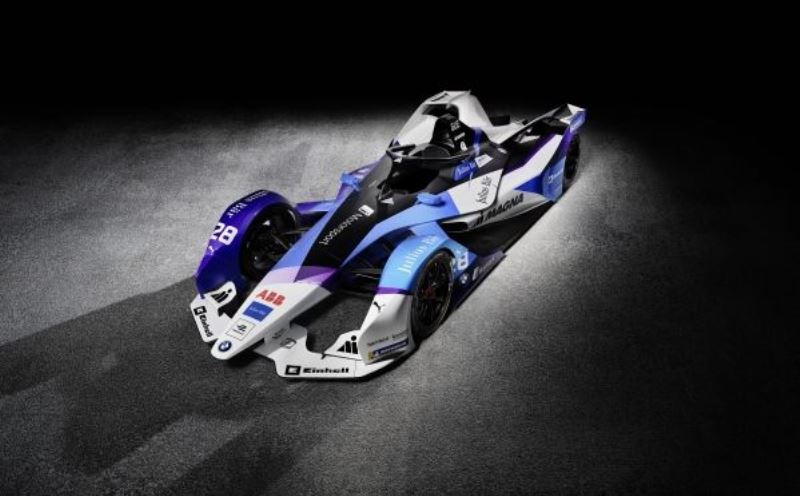 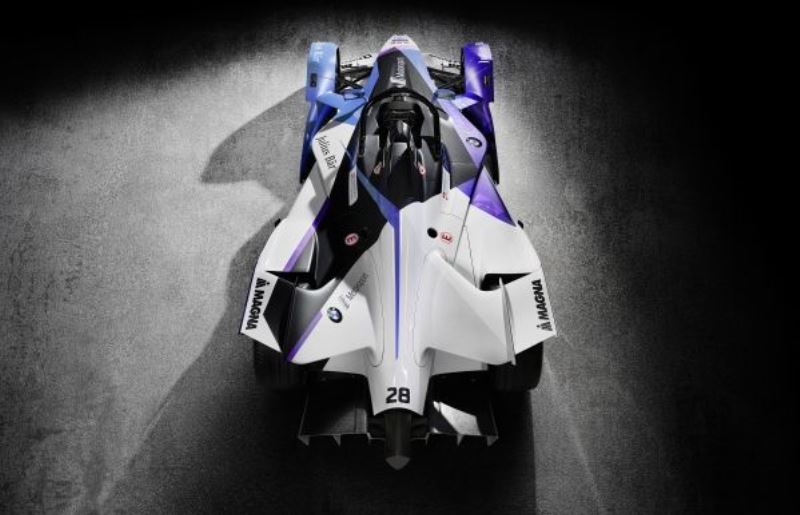 Season 6 of the ABB FIA Formula E Championship got underway for BMW i Andretti Motorsport on Monday with the digital season kick-off. The new BMW iFE.20 was presented to the public for the first time on Facebook and YouTube.

At its heart is the further-developed drivetrain, the BMW Racing eDrive02, which incorporates the innovation and technological expertise of BMW i Motorsport and BMW i. The two BMW works drivers drivers Maximilian Günther (GER) and Alexander Sims (GBR) will be taking part in official Formula E testing E at Valencia (ESP) starting this week.

In a 15-minute video, the BMW iFE.20 enhanced in line with Formula E regulations, was unveiled with its new livery, and viewers also got to know the two drivers Günther and Sims better. While Sims is contesting his second season for the team, Günther will make his race debut in BMW i Andretti Motorsport colours at the season opener in Diriyah (KSA) in November.

What BMW Group Motorsport Director Jens Marquardt had to say:

…about preparations for Season 6:

“The intense preparation for our second Formula E season with the BMW i Andretti Motorsport team is still in full swing, both on the racetrack and in the simulator. It is going well, but isn’t finished yet. In the coming days we will continue our task at the official test drives at Valencia. We have analysed the findings from our first season and focussed our preparation on optimising our performance overall in all areas. However, we will only truly know where we stand at the season opener.”

…about the objective for Season 6:

“In our maiden season, with a win, two pole positions and several podiums, we showed that we are able to bring home top results in Formula E. However, we know that the performance level is extremely high and is likely to rise. But in this competitive environment our aspiration must be to continue improving in our second season and be able to be among the front-runners battling for the top positions. Irrespective of the results, we want to show just how dynamic and emotive electric racing can be, through good and exciting races. And away from the racetrack we will be present with BMW i. We will continue to use Formula E as a platform to present innovations in electric mobility, autonomous driving and other BMW Group cutting-edge fields to the general public.”

…about the technology transfer between racing and production:

“Despite all the sporting ambition and aspirations on the racetrack, the technology transfer between racing and series production remains a central pillar of our involvement in Formula E. Our objective for the works entry for Season 5 was to establish an efficient technology cycle between BMW i Motorsport and BMW i and we were very successful. BMW i engineers are already benefitting enormously from the technological insights we are getting from the extreme use case of Formula E as they develop future production model engines. We will continue this close collaboration next season, for the benefit of both parties.”

What BMW i Andretti Motorsport Team Principal Roger Griffiths has to say:

“The whole BMW i Andretti Motorsport team is excited to get Season 6 underway. Large parts of the team have remained the same, and this continuity has allowed us to build on our experiences from last season. We are excited to welcome to the team our new driver Maximilian Günther; his performances to date have been convincing and we are looking forward to working with him in the coming months. It is also great to have Alexander Sims stay in our team. He finished his rookie season on a high with strong results in New York. We want to build on that with him. The target for Season 6 is quite simple; we want to be better than last season and take the next step.”

What the BMW i Andretti Motorsport drivers have to say:

Maximilian Günther: “Coming from Bavaria, it goes without saying that it is a dream to be able to drive for a prestigious manufacturer such as BMW and the BMW i Andretti Motorsport team. I have felt at home here right from the start. I spent the first few weeks getting to know my new colleagues and have been warmly welcomed by everyone. I feel that we work really well together and are working intensively to prepare for the start of the season. My goal is to get the most out of our package as quickly as possible and to bring home top results.”

Alexander Sims: “I’m delighted to have the opportunity to contest another season of a future-oriented race series like Formula E. Many thanks to BMW i Andretti Motorsport for placing their trust in me once again. I’m also looking forward to working with Max. He had a fantastic rookie season, and will no doubt enhance our team.”

The technology behind the BMW iFE.20:

Like its predecessor, the BMW iFE.20 also has a uniform chassis as stipulated by Formula E regulations. BMW expertise remains primarily in the core of the car, the enhanced drivetrain. The characteristic of the BMW Racing eDrive02 was revised based on the detailed information on the individual racetracks that the team gathered in their maiden season, and modified to suit the specific challenges of Formula E races. The changes affect the E-motor and the inverter.

The main goal of the modifications is to improve the efficiency of the drivetrain. The same glycol as is used in production vehicles is now also used for its water circulation system. The BMW i Motorsport engineers also optimised the software that calculates energy management strategies, and the simulator in Munich. The rear-end structure was also reworked, to provide more flexibility for the set-up.

When working on the BMW Racing eDrive02, the BMW Motorsport engineers cooperated intensely and closely with their colleagues in BMW i production development. The BMW iFE.20 serves as a tech lab for road car production. The knowledge gained by BMW i Motorsport engineers in the tough competitive environment of Formula E flowes straight back into the development of future E-drives for BMW production vehicles. Motor racing makes it possible to test new materials, technologies and methods in extreme conditions and without having to take into consideration restrictive factors.

From the exterior, the slightly modified design of the BMW iFE.20 is evident. It maintains some of the elements of its predecessor, including the blue and white corners which intersect in the style of the BMW logo. The view from above has also been accentuated which, considering the usually elevated seating position of spectators at Formula E races, plays a particularly important role. On top of this is the asymmetric layout, which provides maximum visibility at race speed. The striking changes also include the non-reflective, matt black cockpit element, which has been extended to the whole driver environment. It puts even more focus on the driver and highlights his pivotal role in Formula E.

The BMW logo pattern emphasised in its predecessor has been given a slightly more abstract interpretation for the BMW iFE.20. In return, there is greater accentuation of the progression of colour from blue to violet, the natural colours of electricity. Also, the BMW i Motorsport ‘Spirit Marks’ established during the course of last season are now also reflected in the design of the cars. To make it easier to distinguish the two BMW iFE.20, Sims’ #27 car is slightly more violet, while Günther’s #28 BMW iFE.20 is slightly bluer.

Partners of BMW i Motorsport:

An important part of BMW i Andretti Motorsport is the partners supporting the project. The Primary Partner of BMW i Motorsport is Magna. The global automotive supplier for future technologies has a long-lasting partnership with BMW. Magna uses the Formula E platform as a catalyst for researching innovative solutions for the mobility landscape. Julius Baer, a founding member of Formula E, has been part of the BMW i Motorsport family from the very beginning.

The Swiss private banking group is Founding Main Partner. Main Partner of the team is Einhell, manufacturer of innovative and sustainable power tools and garden appliances. Harman Kardon, the long-time BMW partner for premium audio solutions, will continue the relationship with BMW i Motorsport as Official Partner. PUMA is the Official Supplier.

BMW Motorsport is using BMW i Andretti Motorsport’s ‘Season Kick-off’ to launch its first hashtag challenge on the innovative social media platform TikTok. Starting now, the young target audience can take part in the BMW Motorsport #icelebrate challenge. To get involved, they have to post a video of them showing how they celebrate great experiences – like the start of a new Formula E season for BMW Motorsport. The well-known TikTok creators Falco Punch, Sky & Tami and PATROX were involved in the production of the launch videos and created their own clips with the BMW iFE.20 in the unique setting.